Prince Harry and Meghan, Duchess of Sussex have traded in their posh surroundings for a life in LA. When they left their jobs as working royals, the two wanted a more quiet and peaceful life without the British media hounding them every five seconds. Unfortunately for them, LA is not exactly the best place to go to escape the paparazzi.

One person who knows all too well how invasive the paparazzi can be is actress Lindsay Lohan, and now she has some advice for the royals. 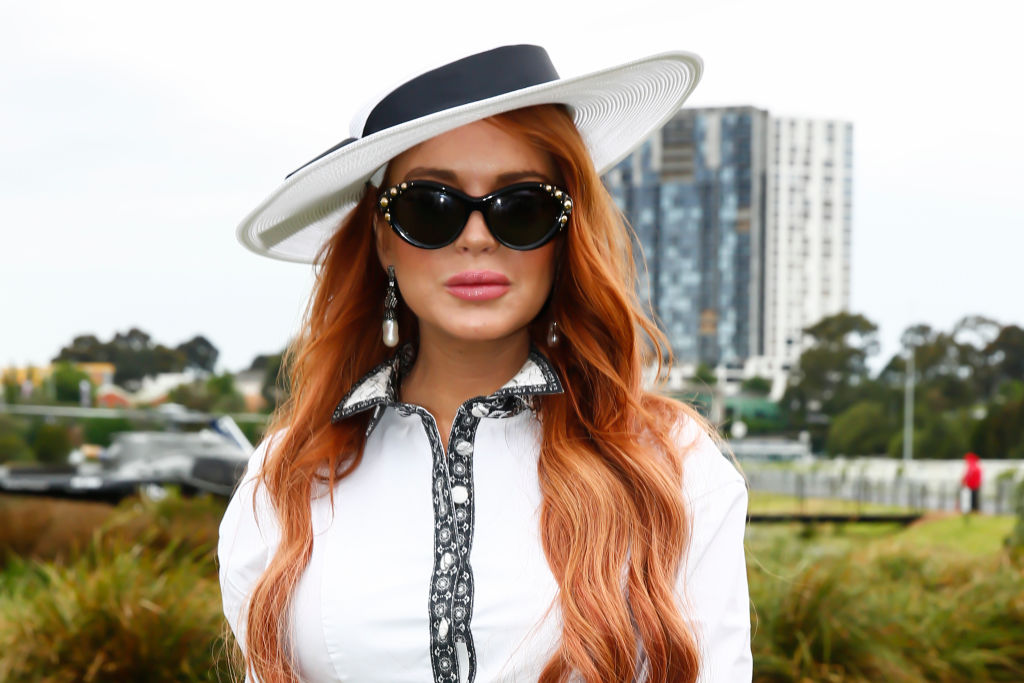 After a harrowing few years, Meghan and Harry decided it would be best for their family if they took a step back from their royal duties.

“The Duke and Duchess of Sussex are grateful to Her Majesty and the Royal Family for their ongoing support as they embark on the next chapter of their lives,” the official statement announcing their exit read.

“As agreed in this new arrangement, they understand that they are required to step back from royal duties, including official military appointments. They will no longer receive public funds for royal duties.”

Where did the Sussexes go?

Initially, the Sussexes moved to North Saanich on Vancouver Island, a small community where they could live in peace.

Unfortunately, according to Entertainment Tonight, the businesses in that area began getting hounded by the media as soon as the Duke and Duchess moved there.

Many businesses retaliated and posted signs on their doors to let the media know they were not welcome. After a while, Meghan and Harry were able to live relatively quietly there.

“They are enjoying living a quiet life,” a source told People of the couple. “They go for long walks, they do yoga, and Meghan cooks. They are real homebodies who love to chill out with Archie and the dogs.”

What advice does Lindsay Lohan have?

Now that Harry and Meghan have moved to LA, they are going to have to deal with paparazzi once again.

While talking to Andy Cohen on his SiriusXM show, Radio Andy, Lohan commented on the lack of privacy in the area.

“I mean, unless they own another, a different private beach, right?” she said of how they can avoid the media. “You can’t go to those beaches without being — you can’t even surf out far enough.”

“It’s just really hard to do anything publicly [there],” she said. But with everyone staying at home due to the coronavirus (COVID-19) pandemic, the pair might get some privacy.

Me for the first time getting used to doing #backtome promo In my #room #stayhome #workfromhome #loveathome #sharefromhome ?? #practice makes perfect ?

“The timing right now luckily is everyone is more at home,” she said. “But, once that’s over… just… get drivers.”

The royal couple has, in fact, been laying low since their move, but they did leave the house for one very important task. During this trying time, the Sussexes want to do whatever they can to help so they volunteered with Project Angel Food to deliver meals to those who are at the greatest risk of COVID-19 complications.

“They told us they heard our drivers were overloaded and wanted to volunteer to lighten the drivers’ workload,” Richard Ayoub, the organization’s executive director told Entertainment Tonight.

“I am blown away that they chose us. They care about our vulnerable population,” he continued. “Our clients are most at risk to contract the coronavirus, having compromised immune systems including heart disease, lung disease, diabetes, and most are over the age of 60.”