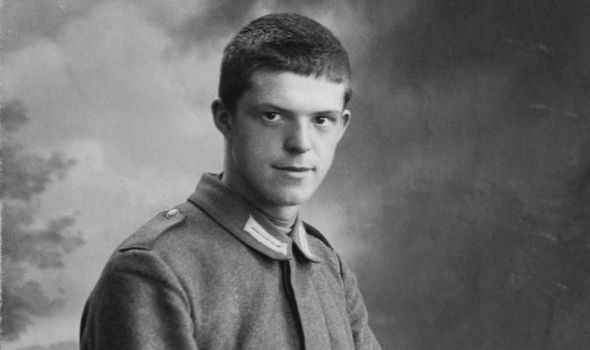 JOSEF Jakobs was alone in his prison cell. It was a warm August night and he slowly picked up a pen from the table to write a last letter to his beloved wife. He wrote: “When you, my much beloved Gretchen, receive this letter, I will already be standing before the eternal Judge! “In just five hours, I will be shot at the Tower of London, after I was brought before an English War Tribunal on charges of espionage and condemned to death. I want to quickly tell you, how it came to that…” Sadly, Josef had neither the time nor the mental fortitude to relate to his wife the harrowing story of how he had come to face a firing squad in a medieval fortress more associated with torture and the beheading of royals such as Anne Boleyn than wartime espionage.

And so Gretchen died without knowing the truth about what happened to her husband. But now their granddaughter Giselle Jakobs has completed the task. In her book, The Spy In The Tower, she uncovers Josef’s extraordinary past, from teenage conscript to military spy in a story which has more twists than a Hollywood blockbuster.

Josef was born on June 30, 1889, in Luxembourg and spent five idyllic years there before his parents moved to Berlin where he grew up. As a conscript to the German army in the First World War, he was shot in the chest. He made a full recovery and went on to work as a dentist. He worked with, and in 1926 married, Alma Margarete Knoffler – also a dentist – whom he called Gretchen, and they had three children.

However, like so many Germans in the inter-war years, Josef struggled to find work. He sometimes sold books and typewriters to scrape by.

As Hitler and the Nazis rose to power, he went into business selling black market passports to Jewish people fleeing Germany for their lives.

Although he wasn’t Jewish himself, Josef was arrested by the Gestapo for “high treason and political intrigue”.

After a spell in prison he was found guilty of passport fraud and sent to the Sachsenhausen concentration camp north of Berlin in 1939.

Initially he was tortured – his ordeal included being hung from a tree branch with his arms tied behind his back. But on Good Friday 1940 Josef walked out of the gates in exchange for a promise to join the Abwehr, the German military intelligence service, and work as a spy in England. 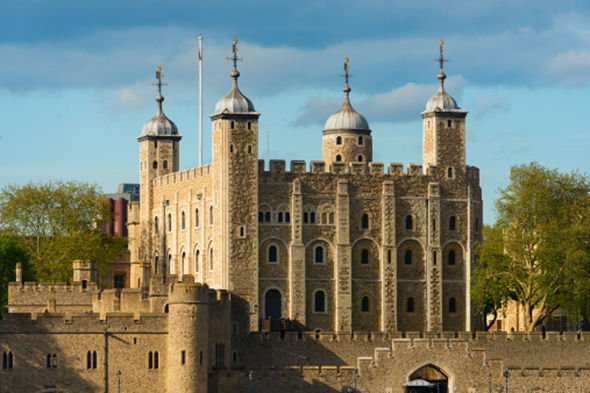 Giselle writes in her book: “His motivations were complex. The core one would seem to be that Abwehr agents were protected from the Gestapo. On top of that, civilians could do their military service in the Abwehr. Chief of the Abwehr, Admiral Canaris, and many of his subordinates were secret anti-Nazis and many Jews found refuge within its ranks.

“The life of a spy also sounded romantic: parachute into England, sit in London cafés, meet other agents and send back wireless reports.”

There was only one flaw in Josef’s plan – and it was a fundamental one. “Josef was clearly not ideal spy material,” writes his granddaughter. “He was not a young, ardent Nazi who spoke perfect English, but the Germans were desperate for agents.

“They were prepared to recruit any person for a mission that some already called Himmelfahrt (the Ascension), a euphemism for a suicide mission.”

He was taught map-reading, how to write with invisible ink, how to accurately measure and report weather conditions and how to send messages by Morse code.

It was during his training that Josef, a handsome and imposing man, formed a relationship with a young singer and actress, Clara Baurele, who moved into his rooms in a hotel.

Astonishingly, over time Josef introduced his lover to Gretchen, trying to pass her off as a colleague. But his wife did not fall for the lie and was immediately suspicious.

During weekends off in Berlin, Josef confided to a friend that he intended to betray Germany and help the British spy establishment in exchange for safe passage to the United States. Josef left Hamburg in 1941 for the Hague, where he received more training. 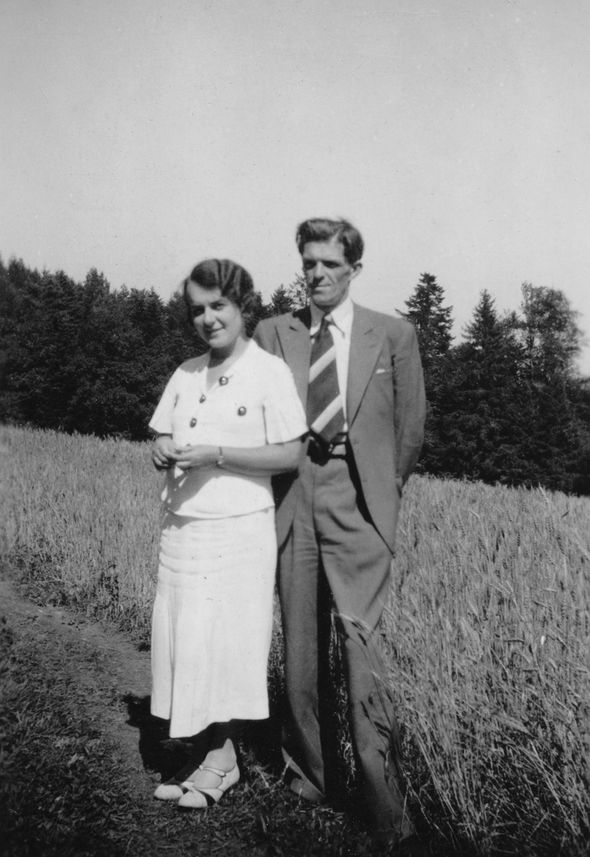 “In January he wrote several letters to his wife and sent her a dried rose,” says Giselle. “He apologised for his failures, professed his love for her and swore that he had never had an affair with Clara. One wonders at the sincerity of his protestations for he also wrote begging letters to Clara imploring her to join him.”

Late one January night in 1941, Josef boarded a small aircraft at Schiphol Airport outside Amsterdam. After a short flight, the plane entered British air space and at an altitude of nearly 10,000 feet, Josef was told to prepare to jump – even though he had no parachuting experience. He had some fake papers, a ration book and £500 in cash on him.

Calamity struck as the Heinkel 111 swooped down. Carelessly, Josef had dangled a leg outside the open door of the aircraft and it was bent backwards by the force of the wind.

Despite being in severe pain, he was ordered to proceed with the jump. Inevitably, on landing he broke his ankle and was unable to walk.

“The pain was unbearable,” Giselle writes. “Every little movement sent a sharp stab of pain up his leg. He was well and truly stuck.”

Josef lay on the ground in agony all night and by the following morning was desperate for help. Unable even to crawl from the spot where he landed, he had no choice but to fire his Mauser pistol to attract attention.

In scenes reminiscent of Dad’s Army, Josef’s rescuers were a Home Guard unit in Ramsey in Cambridgeshire, where he had landed. The part-time soldiers held Josef until he could be handed over to a military tribunal. 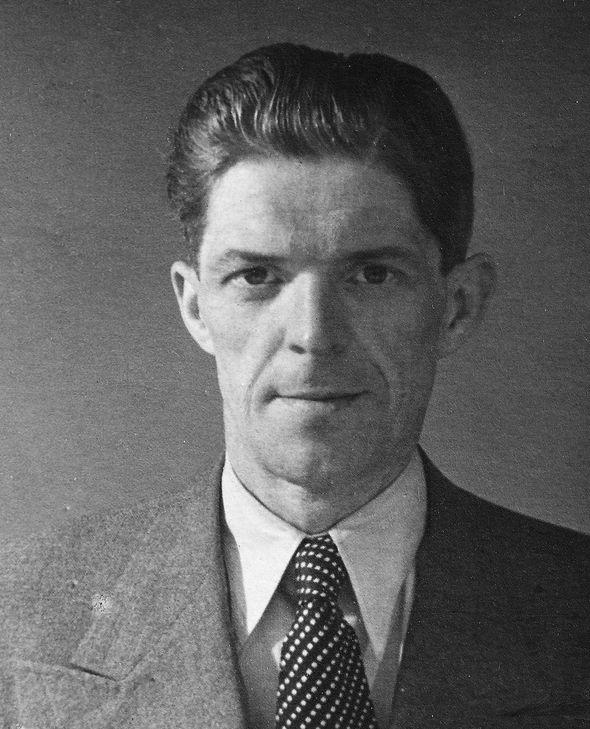 He was sent to Wandsworth Prison in south London to await his trial.

At the time he was on the horns of a dreadful dilemma. If the Gestapo thought he had co-operated with the British they would exact revenge on his family in Germany, but the punishment for being caught preparing to spy on British soil was death.

Seven months later at his trial Josef was found guilty and sentenced to death. By then in the Tower – traditional fate of traitors – as the firing squad loomed, he made a frank and final confession to Gretchen.

“Dear, best wife, thousands and thousands of times over, thank you for all the good you have done for me. But even so, I beg you a thousand times for forgiveness for all of the conscious and unconscious hurts that I have given you.

“Endure your loss bravely, don’t dwell on it, but think that you are also in God’s hand, remember above all that you too must be prepared for a sudden death.

“For I hope above all, that we will see each other again in Eternity.”

The letter was signed using the pet name Gretchen called her husband, Jubs, and ended: “Aufweidersehn” – until we see each other again.

To pre-order The Spy In The Tower by Giselle K Jakobs (The History Press, £25) out on May 13, call the Express Bookshop with card details on 01872 562310, send a cheque or postal order made payable to The Express Bookshop to: Spy Offer, PO Box 200, Falmouth, Cornwall, TR11 4WJ, or visit expressbookshop.co.uk. UK delivery is free.