If you or your children are set on winning Fortnite: Battle Royale, Tyler “Ninja” Blevins, the so-called “king” of the free online game, offered some key advice to players, starting with: “One hour is not enough.”

“So many people underestimate and undervalue time in (the game). If you’re playing like an hour a day, you’re not gonna ever be at a level that you want to be at,” he said.

Blevins, 27, is one of the richest and most-recognized Fortnite players in the world and has a huge social media following. 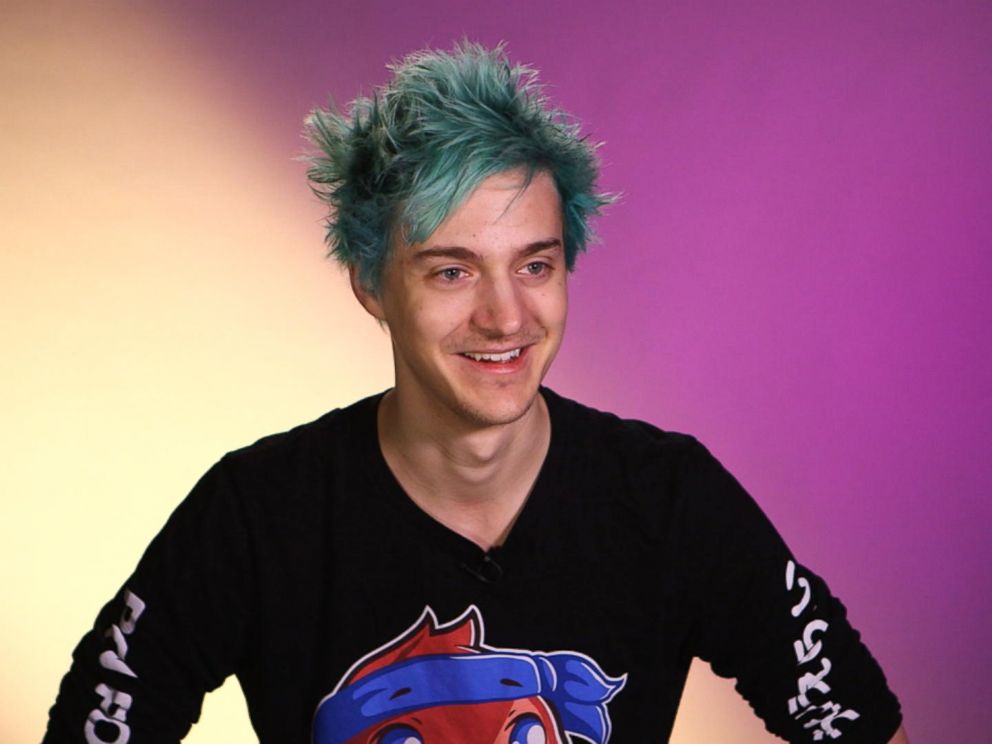 “My mom always tells me, ‘So, you bought this house with slime?’ And I’m like, ‘Yeah,'” Garcia said with a laugh. “As a kid, I always thought it would be so cool to take care of my parents one day but I didn’t think it would happen this fast.”

He told ABC News that he played Fortnite, which allows players to compete against each other on various platforms including Playstation, Xbox and even a cellphone, 10 hours to 12 hours a day at minimum.

According to Epic Games, which owns the game, 200 million unique users have played the game since its launch.

Blevins said the game remained popular because it had no limitations and created a fun community for gamers.

“You can invite anyone. (Fortnite is) constantly changing. It’s why they’re succeeding so much,” he said. “It’s cool to play video games now.”

He said that in order for players to be good at the game, they must play two to five hours a day. He also advised players to “stop trying to win the game” and simply practice.

“Everyone wants to win. They want their first ‘Victory Royale’ in Fortnite and they just started. That’s not gonna happen, man,” Blevins said. “You’re playing against a bunch of people who have been playing this game for a long time. You need to just learn how to play the game.”

In Fortnite, nearly 100 players land on an island with nothing. They search for weapons and other items to live and survive and then take each other out — while also avoiding a killer storm — until there’s just one person standing.

Blevins said he compared the video game to the popular, young-adult book trilogy “The Hunger Games.”

“Sometimes alliances are made. Sometimes they’re not,” he said. “That’s what the Fortnite is. You start in with nothing and the last person alive wins.”

Blevins said to get better at the game, players should “go for fights, land in populated areas and get yourself situated on the (island’s) map.”

“Know where the weapons are and then eventually you’ll get a win a lot better and a lot quicker. Those are my little tips,” he said.

He called recent reports of parents hiring tutors to help their children win at the game “smart.”

“There are people who are making hundreds of thousands of dollars at the age of 16, 18 playing that game,” he said. “Would you ever insult a parent or question a parent for hiring a coach? Like a specific coach to help them get better at soccer or football? No one’s gonna be like, ‘Why would you do that?’ It’s the same with Fornite. There’s money in it.”

Blevins, who’s played video games since the age of 4, said he’s made “good money” playing and streaming Fortnite. He runs ads on his livestreams and also makes money from subscriptions and viewers’ donations.

Fortnite makes its money from in-game purchases like player skins, weapons and dances.

While several hours of game playing would be a dream for any child, experts recommend that parents set and enforce strict rules when it comes to screen time with their children.

ABC News’ C R. Mandler and Taryn Hartman contributed to the reporting in this story.