Kim Kardashian is known for oversharing, but we’re actually thrilled that she finally gave us a tour of her ridiculously modern bathroom. We first caught a glimpse of the room (and its puzzling, minimalist sinks) in the video she and the fam did for Vogue‘s 73 Questions, and immediately wanted to know — do the sinks really work? Where does the water go? How do rich people do stuff?! Finally, we have answers.

It turns out their modern bathroom was a huge labor of love, requiring eight prototypes. Kanye West, Axel Vervoordt, and Claudio Silvestrin designed the sinks and their counter together. The sink is basically a slight dip in the countertop, and there’s a slit where the water drains, but at certain angles, it looks completely flat. According to Kim even when the water is running with high pressure there’s no splashing, and the video she shared proves that it’s not just there for show. That being said, it took eight prototypes to finally bring the design to life in a functional way, which — whatever, rich people spend their time and money doing much more egregious things than crafting their dream sink, so like, live your life, Kanye and Kim. 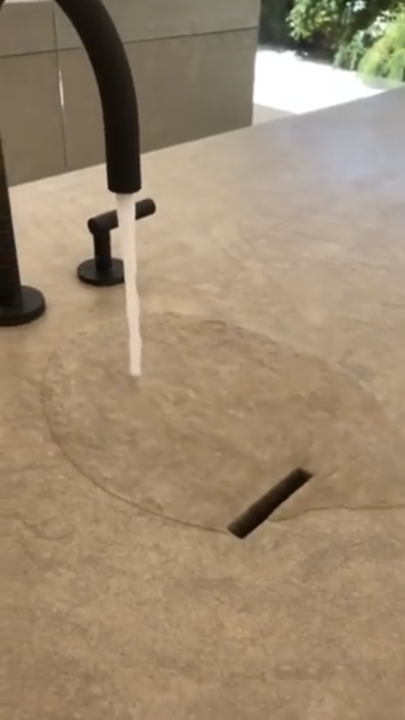 Sure, it’s maybe a little hard to imagine the family brushing their teeth over this modern monolith before bed, but we’ll take her word for it. 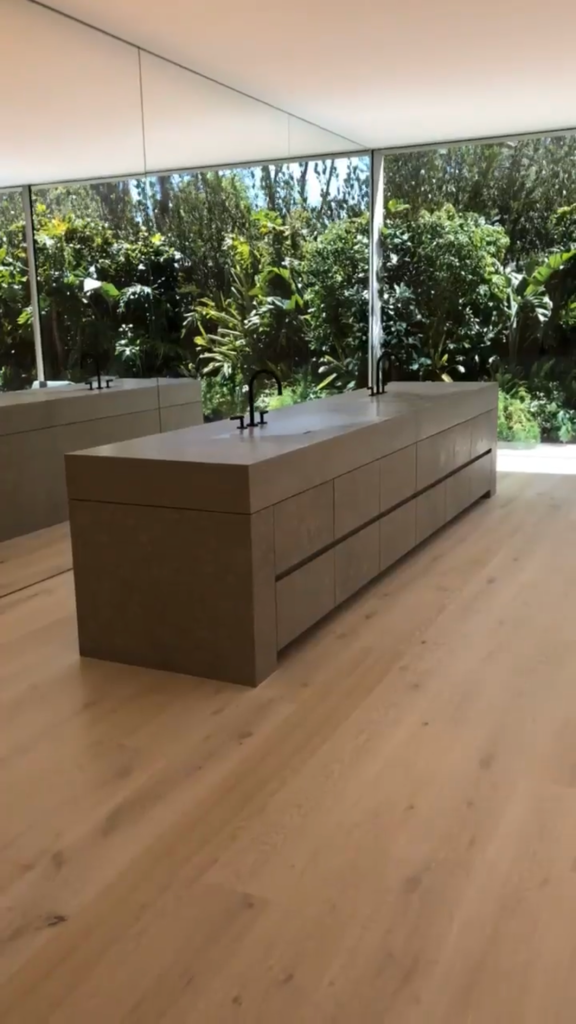 The sinks and counter aren’t the only things that stand out in the bathroom. Behind the sink is a wall of floor-to-ceiling mirrors. The ceiling itself is a lightbox, and there are glass doors out to the patio that take up an entire wall. Basically, it has perfect lighting for bathroom selfies, which Kim is notorious for taking. There’s a large grey bathtub that Kim says is big enough to fit all of their kids, and they have a double shower, too.

Next, Kim moved onto her bedroom where she showed us her ridiculously tech-savvy TV. 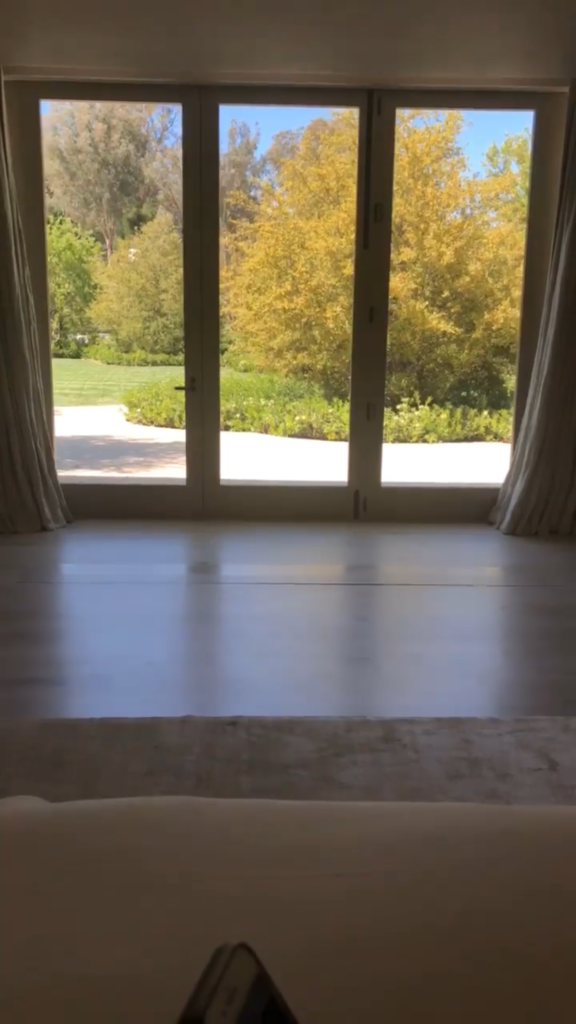 Yes, that’s the bedroom floor. Yes, the TV rises up from the floor. 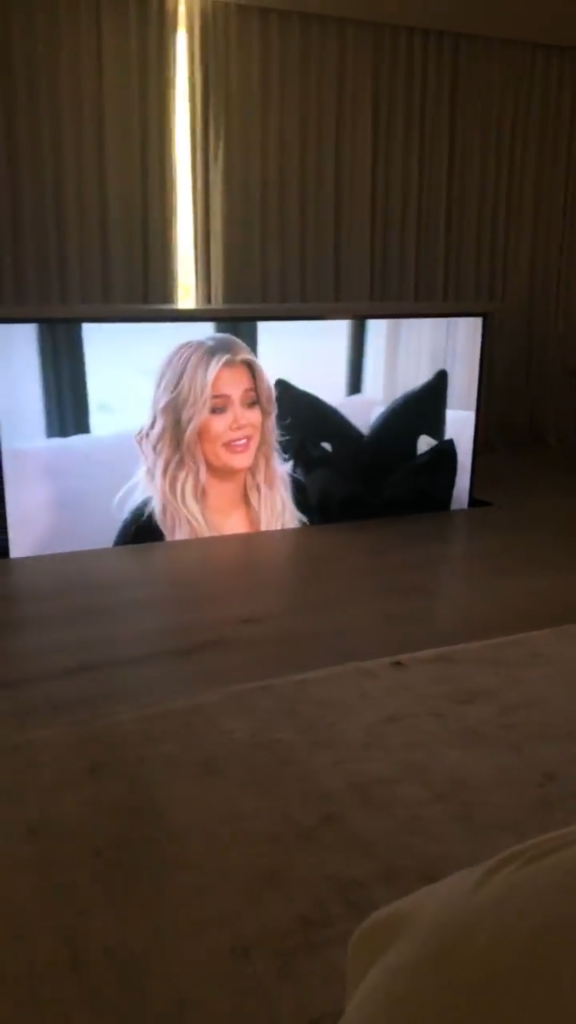 While the rest of the house has come under fire for appearing completely sterile and actually kind of spooky, we can totally get behind this bathroom and bedroom design. I mean, my neighbors probably wouldn’t appreciate it if I took a bath in front of a wall of glass doors, but then again I’m not Kim Kardashian.