Sources told E! News Khloe Kardashian is not pregnant. An insider said the reality star and Tristan Thompson are "both on the same page and are great at co-parenting together." 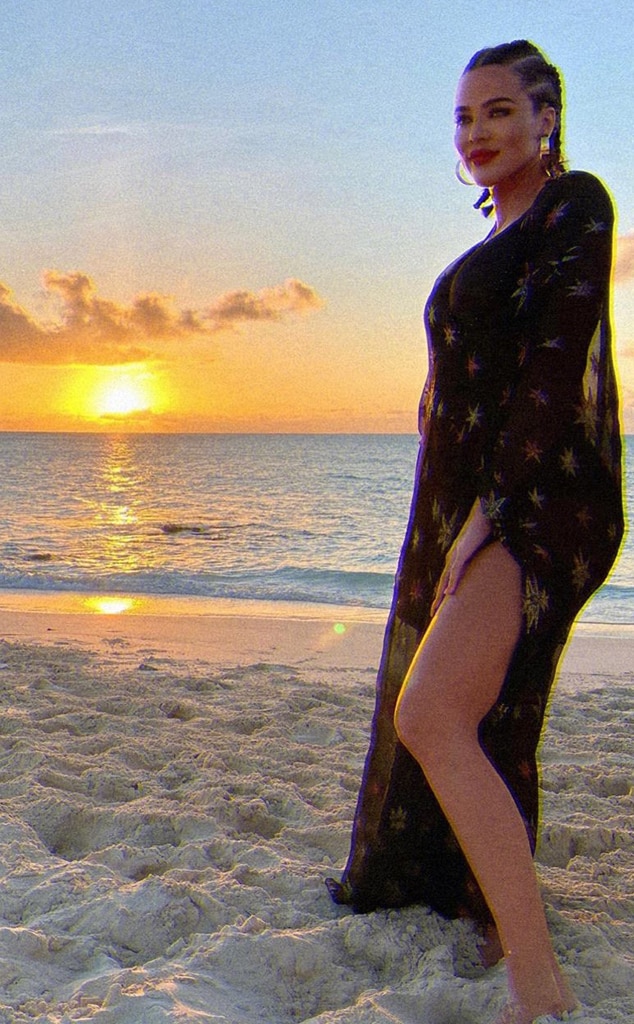 Following speculation online, multiple sources confirm to E! News the 36-year-old Keeping Up with the Kardashians star is not pregnant. However, one insider notes the Good American co-founder and the 29-year-old basketball player "are both on the same page and are great at co-parenting together."

Pregnancy speculation started to spread after Khloe posted a picture of herself rocking a flowy ensemble on Instagram Monday, Sept. 7.

"Is she pregnant???" one commenter wrote.

However, Khloe didn't respond to any of the gossip. In fact, she had posted photos of herself in the same beachwear just two weeks before. The pictures showed KoKo riding a horse with her 2-year-old tot sitting in front. One of the sweet snapshots also showed the proud parent wrapping her arms around her little one and holding her close.

"Dreaming I was still there," Khloe captioned the images.

✨ dreaming I was still there ✨

✨ dreaming I was still there ✨

These posts weren't the only things to catch followers' attention. Earlier this month, Khloe and Tristan were photographed hiking in Calabasas, Calif. A source told E! News the two "were having a casual conversation as they walked together" and that "they seemed playful and very happy."

The sighting came just a few days after Scott Disick raised a few eyebrows by leaving a since-deleted comment underneath a photo of Khloe in a bikini that read, "@realtristan13 is a lucky man!"

As fans will recall, Khloe and Tristan broke up in early 2019 following his cheating scandals. However, they've been spending more time together amid social distancing. In July, a source told E! News "things are going very well" and another insider said "they're happily co-parenting."

"Khloe seems very happy with where things are right now. He seems committed and has made changes," a source said at the time. "Obviously, Khloe is hesitant and is taking it very slow. The time they have had together during quarantine has been very special and meaningful. Khloe realizes when Tristan goes back to playing basketball and on the road everything will change. She isn't getting ahead of herself and she is just enjoying having him around right now and all of the family time they have had together with True."