Former Kevin Can Wait star Erinn Hayes is having the last laugh.

The actress, 42, who was written off the series in August 2017, reacted to news that a new sitcom called Kevin Can F–k Himself is in development at AMC.

The new show, created by Valerine Armstrong (SEAL Team) and executive-produced by Rashida Jones and Will McCormack, will “explore the secret life” of the conventional sitcom wife, which AMC reportedly describes as “a beauty paired with a less attractive, dismissive, caveman-like husband who gets to be a jerk because she’s a nag and he’s ‘funny.’”

The series aims to explore the inner workings of that character by presenting her “as a real person. And what if that person is pissed?”

Hayes, who played Kevin James‘ wife in the canceled CBS series, was killed off Kevin Can Wait out of what executive producer Rob Long called “respect” for her character. “The goal was to give Kevin’s character a real drive and a real predicament [involving] how a family comes back together [after tragedy],” he told TV Line in August. “Also, out of respect for the character of Donna — and certainly the way that Erinn Hayes portrayed her — it seemed like the only right and fair way to treat her character.”

Hayes’ exit was simultaneously announced in June 2017 with the news that Leah Remini (who costarred alongside James, 53, in King of Queens from 1998 to 2007) would be returning to Kevin Can Wait as a series regular. 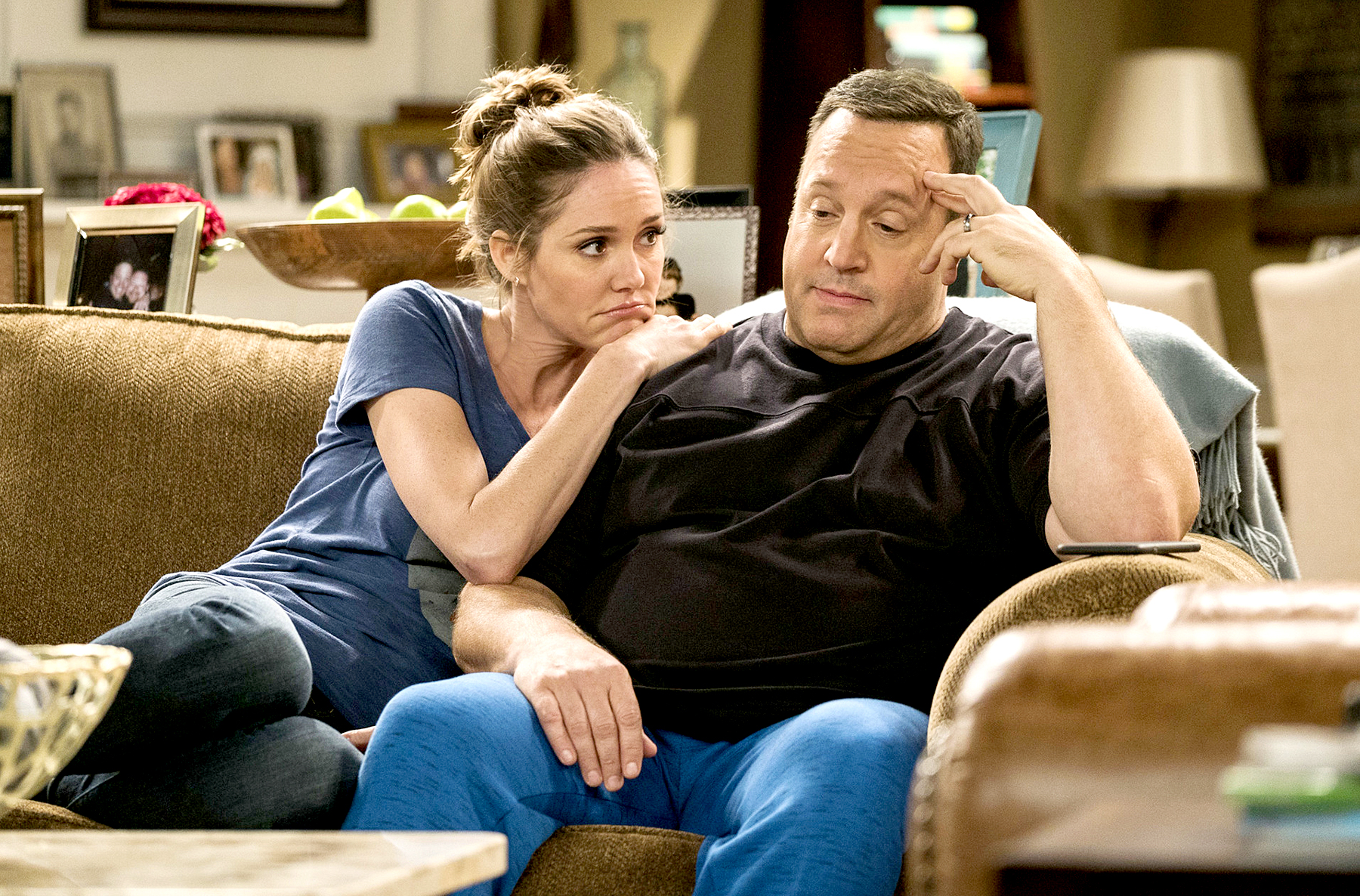 “True, I’ve been let go from the show,” the Dangerous Book for Boys star wrote on Twitter at the time. “Very sad, I had a great experience season 1. Thank you for all the support from our wonderful fans.”

Kevin Can Wait was canceled one season later after fans did not respond to the new storyline. “The show made a choice at the beginning of this year, we agreed to go along with it, and unfortunately the audience did not respond to it,” CBS executive vice president Thom Sherman told Deadline in May.

Kevin Can F–k Himself has not yet officially been ordered to series or cast.