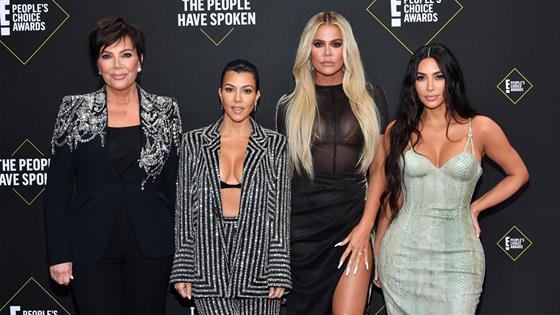 Kendall Jenner‘s “fraternal twin brother” is stepping into the spotlight!

Alongside mom Kris Jenner, the fashion model and reality TV star will executive produce a new series that gives fans a glimpse into the life and times of Kirby Jenner, a so-far elusive Instagram personality who rose to fame after sharing numerous (parodied) photos of himself posing as Kendall’s twin. The officially-greenlit Keeping Up With the Kardashians spinoff, aptly titled Kirby Jenner, is set to premiere on the mobile video platform Quibi in 2020.

“I’m thrilled that Quibi viewers will get an inside look at the life of my twin brother and he’ll finally have the opportunity to shine in this series,” Kendall said in a press release.

As her comment suggests, Kirby Jenner will see the titular pseudo-sibling joining his recognizable kin in front of the camera for the very first time. With support from the family matriarch-slash-manager, Kirby is ready to surpass his identity as “unsung hero” to the Kardashian-Jenner clan and really come into his own.

“Thanks, Mom,” Kirby added in the release, addressing Kris facetiously.

Beyond their producing roles behind the scenes, both Kendall and Kris will also appear in the short-form series, which promises plenty cameos from the rest of the Kar-Jenner crew as well. Future audiences can expect to see Kim Kardashian, Kourtney Kardashian, Khloe Kardashian and Kylie Jenner interacting with Kirby onscreen.

In addition to Kendall and Kris, McG, Mary Viola, Ali Brown, Rami Hachache, Howie Mandel, Gil Goldschein and Ryan Seacrest will serve as EPs. “Kirby Jenner” himself shares the same credit. The forthcoming series is produced by Wonderland and Ventureland in association with E! Entertainment.

Watch a brand new episode of Keeping Up With the Kardashians Sunday at 9 p.m., only on E!