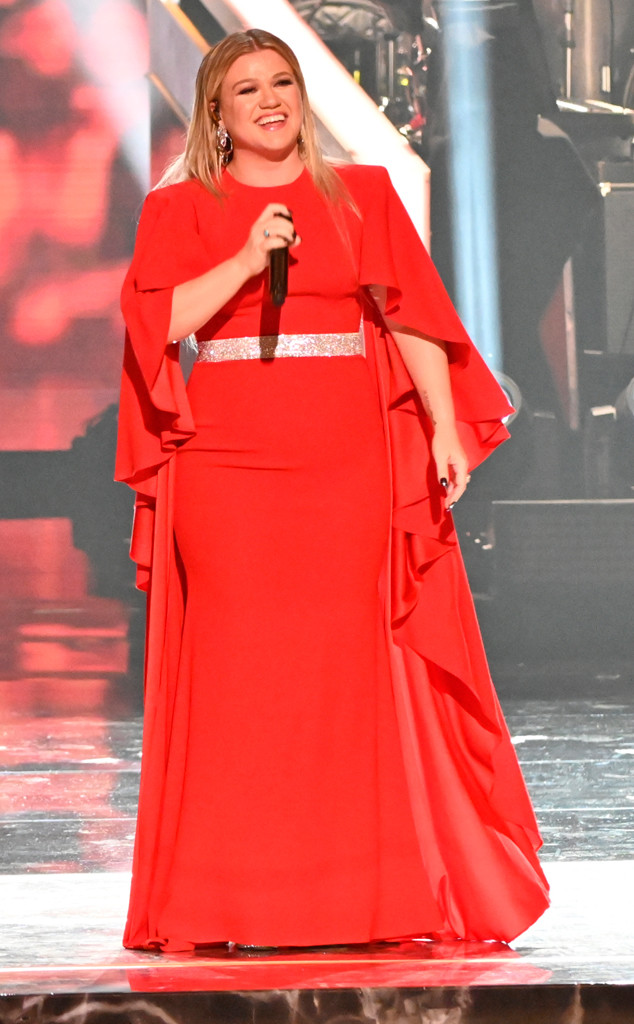 Kelly Clarkson brought the house down at the Kennedy Center Honors in Washington D.C. when she sang a rendition of Reba McEntire‘s “Fancy.”

McEntire was honored that evening along with Cher, Philip Glass, Wayne Shorter and Hamilton‘s creators, and Clarkson became a little emotional as she paid tribute to her famous family member.

“I’ve been a fan of Reba since I was a little girl,” the American Idol alumna said. “Her voice has always felt nostalgic for me. Even as an adult, there’s something about her tone and her storytelling that just feels like home. Sometimes when we meet our heroes, it doesn’t always pan out how you hope. But meeting Reba, being friends with her and eventually becoming family has been one of the highlights of my life, truly.”

Speaking on a more personal level, Clarkson then started to tear up as she continued to praise McEntire, who used to be married to the father of Clarkson’s hubby.

“So, thank you so much Reba for listening to me vent as an artist. Thank you so much for comforting me on the phone through my tears like a friend,” she said, getting a bit choked up. “And thank you for being a really rad grandma to my kids.”

Ending on a more humorous note, Clarkson said, “I love you so much. I hope you enjoy this song. Don’t judge me.”

The Voice judge then belted out the 1990 hit. Her performance ended with a standing ovation from both the audience and the country superstar.

Watch the video to see Clarkson’s speech and performance.