Kate Middleton, the Duchess of Cambridge, dressed in a sequin gown and dazzling tiara, brought full royal glamour to a white-tie reception at Buckingham Palace.

The tiara, which Kate also wore to a state banquet in October, was created by Queen Elizabeth’s grandmother, Queen Mary, in 1913, and was also seen on Prince William’s mother, the late Princess Diana of Wales. 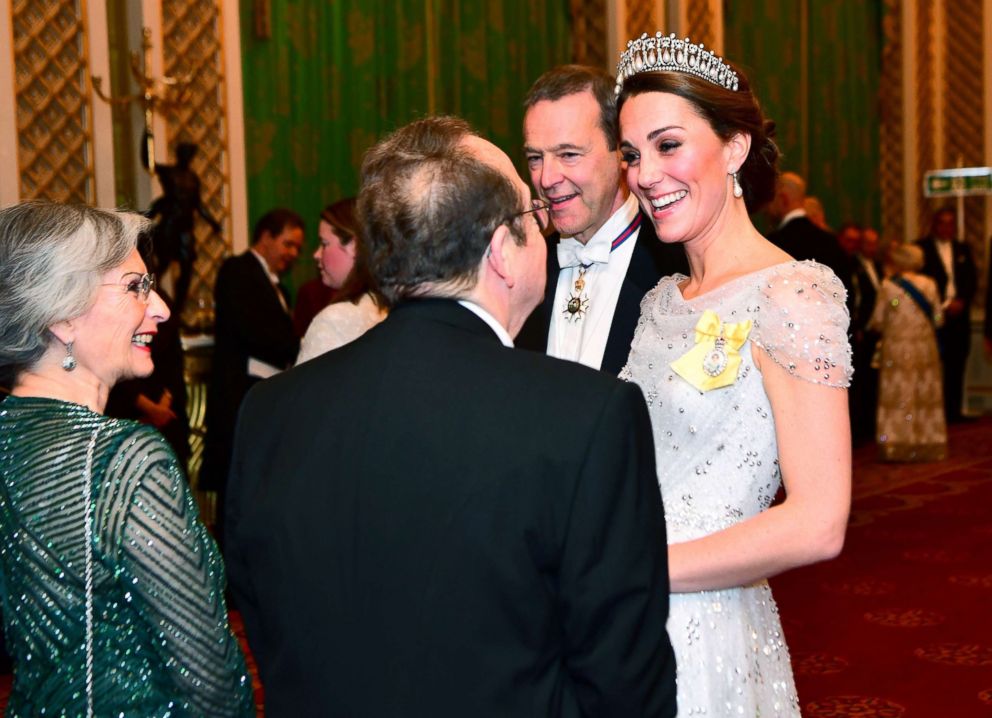 Kate paired the tiara with a glittering off-white gown embellished with sequins by designer Jenny Packham. 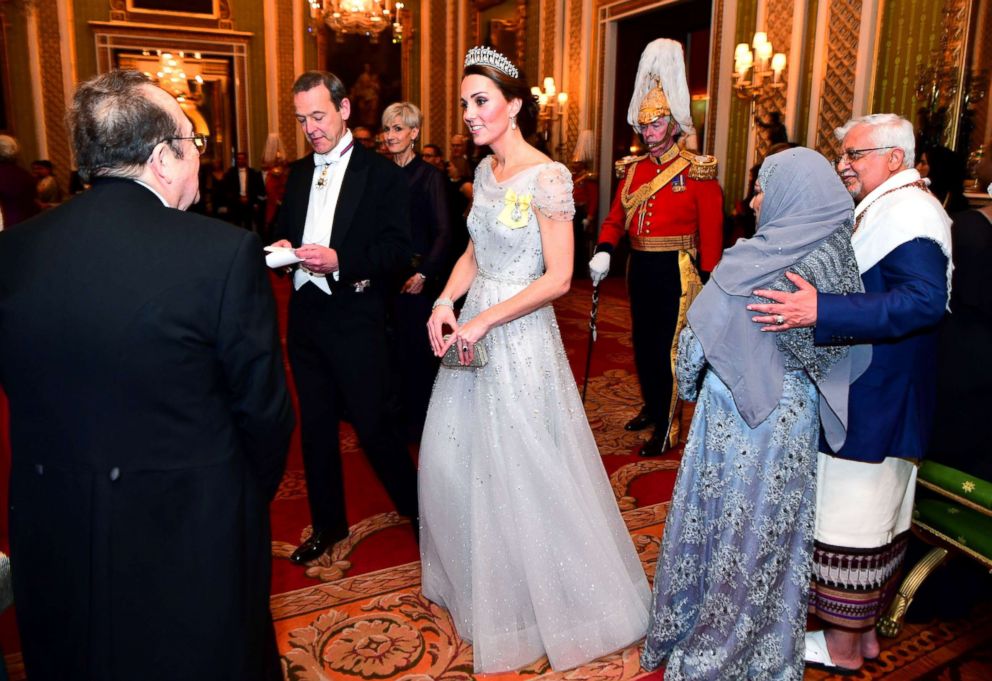 Describing the annual event, ABC’s Royal Contributor Victoria Murphy explained, “It’s a white tie event so its possibly the glitziest event in the royal calendar. You don’t get any more dressed up than white tie events, so of course Kate was wearing a full length gown. She was wearing a tiara, what is proving to be her favorite tiara actually – the Lover’s Knot tiara.” 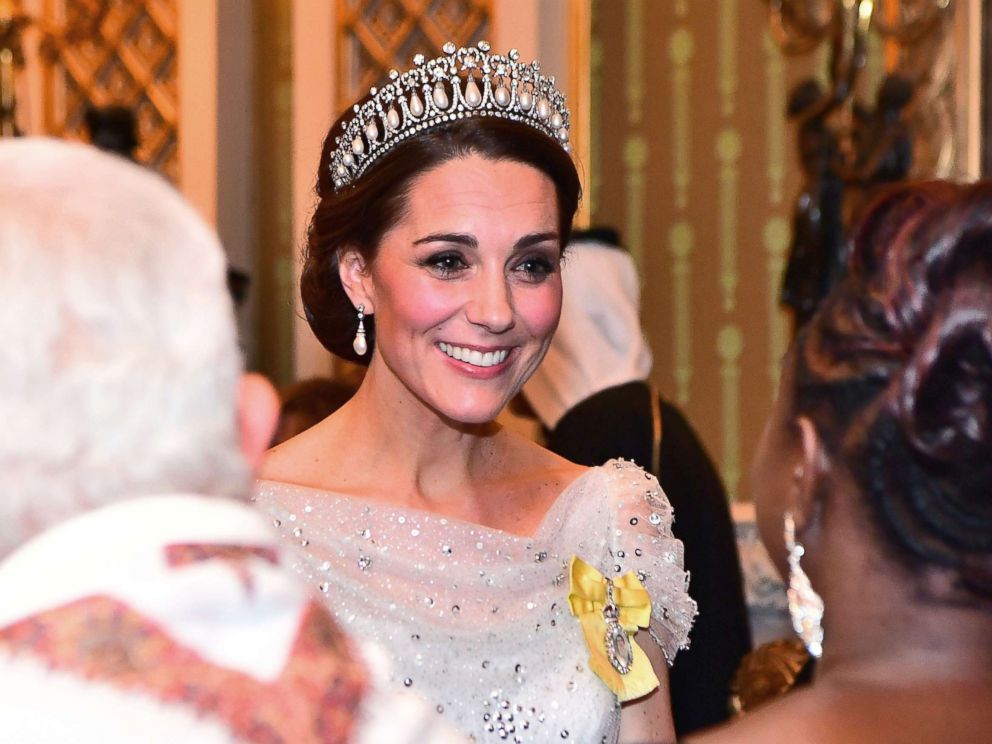 Murphy noted that it had been a “busy day” for the Cambridges, who earlier in the day hosted a party for families of deployed personnel from Royal Air Force (RAF) Coningsby and RAF Marham, who are serving in Cyprus.

“It was really important for them to do that because they wanted to recognize the sacrifice that a lot of families make when a loved one is overseas during the festive period,” Murphy said. “It can be particularly difficult and of course Kate has an understanding of what it’s like for someone to be away for long periods of time when they’re serving with the military.”

According to Murphy, who attended the event, it was a very relaxed and fun occasion with the Cambridges in festive spirits.

“They were laughing and really enjoying it and getting into the spirit of the event,” she said. “They joined in with children’s games. They were playing games with kids, throwing balls across the room really enjoying themselves.”

The Duke and Duchess of Cambridge walked through a blizzard of fake snow as they arrived at the Kensington Palace event.

Kate, who looked festive in a plaid skirt by Emilia Wickstead, delivered a speech at the party in which she thanked the military families for their service.

On Wednesday, the morning after the Diplomatic Reception, William and Kate touched down in Cyprus to meet with Royal Air Force service members, their families who live on base and members of the local community.

“William and Kate are playing Santa at Christmas” Murphy joked, explaining that the Duke and Duchess of Cambridge are delivering presents and cards they collected at the party on Tuesday from family and friends of the personnel serving in Cyprus.