Joyce "Tilly" Mitchell’s relationship with her husband Lyle is one of the main focuses of Showtime’s limited series Escape at Dannemora. But another member of her family that hasn’t been shown is Mitchell’s son Tobey. On June 18, 2015, after Richard Matt and David Sweat escaped from Clinton Correctional Facility, CNN reported that Lyle had adopted Mitchell’s son from a previous relationship. And both Lyle and Tobey have stood by Mitchell after her involvement in this prison break.

Before Mitchell was married to Lyle, People reported she had been married to her high school boyfriend, Tobey Premo. Mitchell and Premo worked at the same factory with Lyle, who was also married with two daughters, when Mitchell and Lyle reportedly began an affair. Premo’s second wife Helen (who is now divorced from Premo) told People that her ex was outraged when he found out about his wife’s reported affair with their coworker. "He was so mad, he followed Lyle to the bathroom and got into a fight with him. That caused tension between him and Joyce for a while. She denied it, though, for a while," Helen said.

In an interview with Daily Mail Online, Premo claimed that Mitchell had also cheated on him with another coworker besides Lyle. Following the affairs, Mitchell and Premo got divorced in 1995 when their son, Tobey Jr., was only 1 year old, the Daily Mail Online reported. Years later, Mitchell and Lyle eventually got married, since CNN reported that they had known each other for 21 years and were married for 14 at the time of the prison escape. 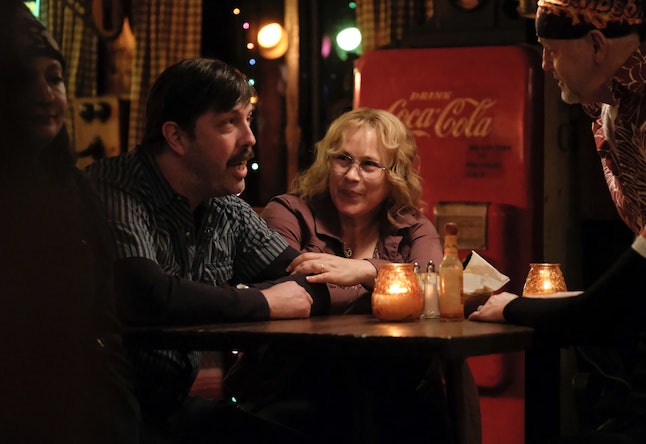 Premo told Daily Mail Online that he wasn’t involved in his son’s life after his divorce from Mitchell. "Lyle wanted to adopt him and the only time I have seen my son’s picture is on Facebook," Premo said. "But it seems he has done well." Helen also noted that Mitchell was a "good mom" to Tobey.

Lyle’s attorney Peter Dumas spoke to CNN for the June 18, 2015 article after Mitchell had been arrested. According to Dumas, Tobey had asked Lyle if he’d still be his father now that his mom was in prison. "And Lyle said, ‘Of course, I’ve been your father for 20 years, I’m going to keep on being here for you,’" Dumas said. 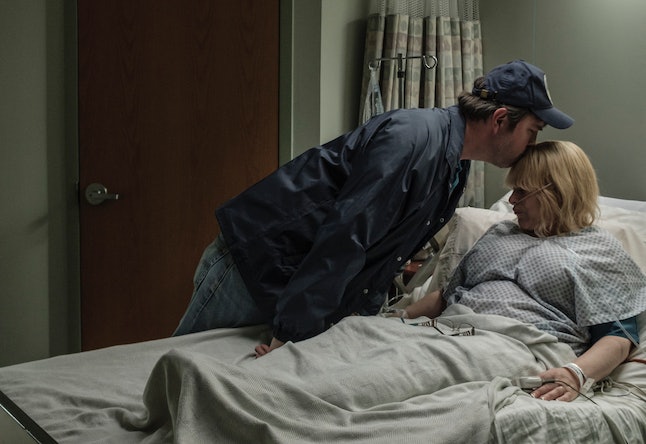 When Mitchell was originally brought in for questioning, Tobey spoke to NBC News about his mother. "She is not the kind of person that’s going to risk her life or other people’s lives to let these guys escape from prison," Tobey said. He added how that both his parents were good people. "She’s always been a good person. I mean, you can talk to anybody in Dickinson that really knows her, and they’ll tell you they’re the nicest people," he said.

Tobey’s wife, Paige, also showed support for her mother-in-law to NBC News. "We will love and support her no matter what. Not even that situation will bring our family down. That’s all we have to say about this," Paige said after Mitchell was charged for her involvement. 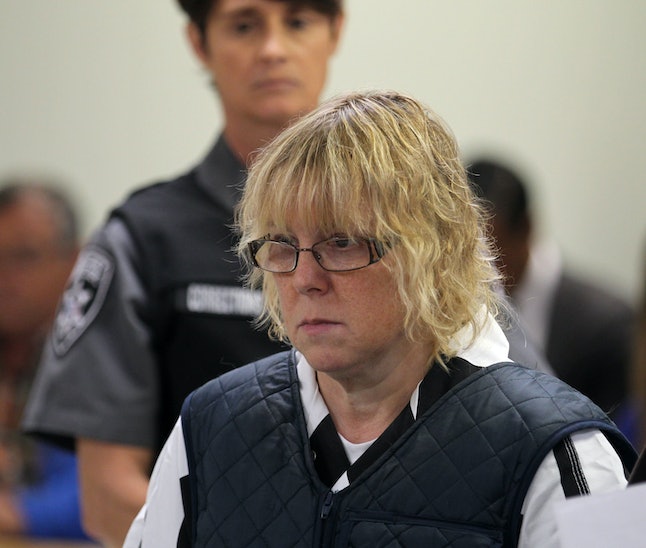 Following his mom’s arrest and imprisonment, Tobey had his own legal problems in Vermont. In November 2015, the Burlington Free Press reported that the 22-year-old Tobey was charged with first-degree aggravated domestic assault after Paige claimed he strangled her. He pled not guilty to the charges. The young couple have a daughter and Tobey told police that he and his wife’s relationship had been suffering for six months due to his mom and the loss of his part-time job. "Mrs. Mitchell told me she has been strangled by Mr. Mitchell four to five times over the past year and over the past several months," police officer Joshua Flore wrote in an affidavit, as per USA Today. "This behavior has increased and seems to be occurring every two to three weeks."

Although he could have faced up to 15 years in prison if he had been found guilty, the charges were dropped nearly a year later. Burlington Free Press reported that the Chittenden County Deputy state’s attorney Susan Hardin said that the Vermont Superior Court dropped the charges after Tobey had completed required counseling. "It was a fair resolution for all concerned, weighing the victim’s situation and weighing his situation," Hardin said.

Since then, Tobey has continued to support his mother. When Mitchell was denied for parole a second time in September 2017, Tobey told the Plattsburgh paper The Press-Republican that he and his father were "very heartbroken." So it seems he’ll continue to defend his mom until she’s released from prison.