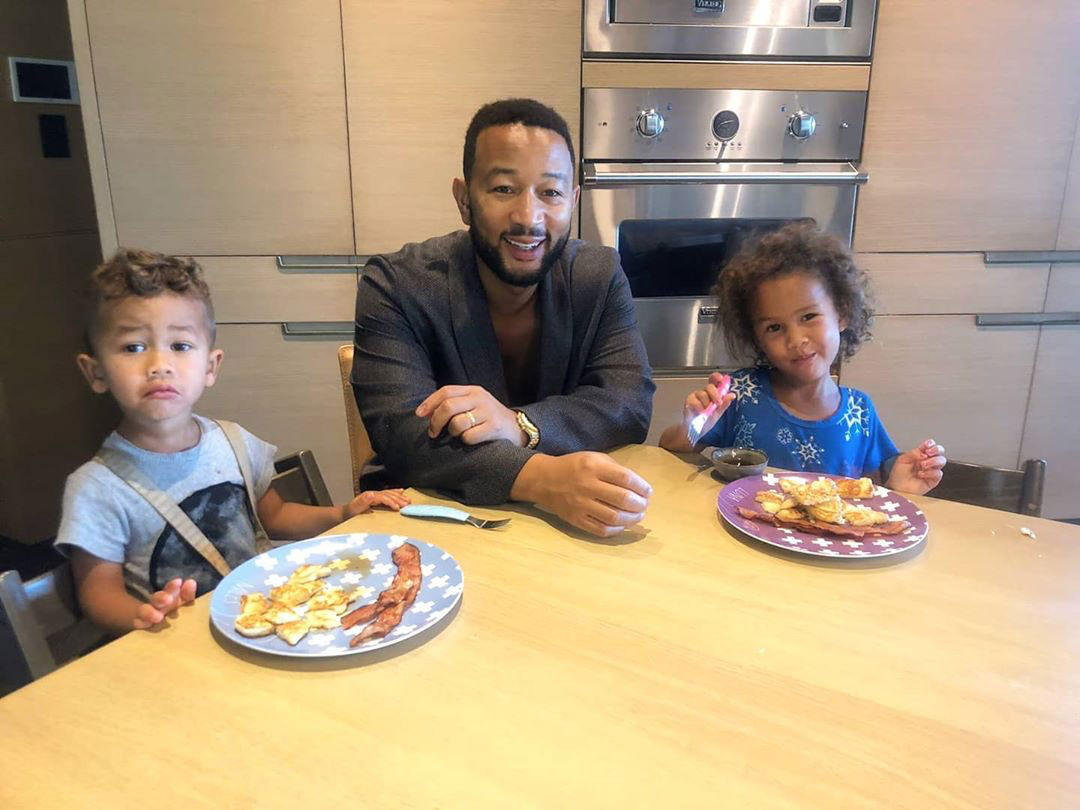 Looks like Chrissy Teigen isn’t the only talented cook in her house! The Cravings author took to her Instagram on Sunday, August 30, to reveal that her husband, John Legend, is in charge when it comes to Sunday morning breakfast.

“Every Sunday morning, john sets his alarm for 7:30 am and Luna helps him make his perfect pancakes,” the Cravings author, 34, captioned a photo of Legend, 41, in the kitchen with the pair’s two children — Luna, 4, and Miles, 2. “He no longer orders them at restaurants or allows other people to make for him, he believes his are the best and untouchable.”

In the snap, the Grammy winner is measuring out ingredients while Luna, who is seated on the kitchen counter, is holding onto his arm. Miles is behind his big sister, also perched on the counter, and has his hand in what looks like a large box of flour. 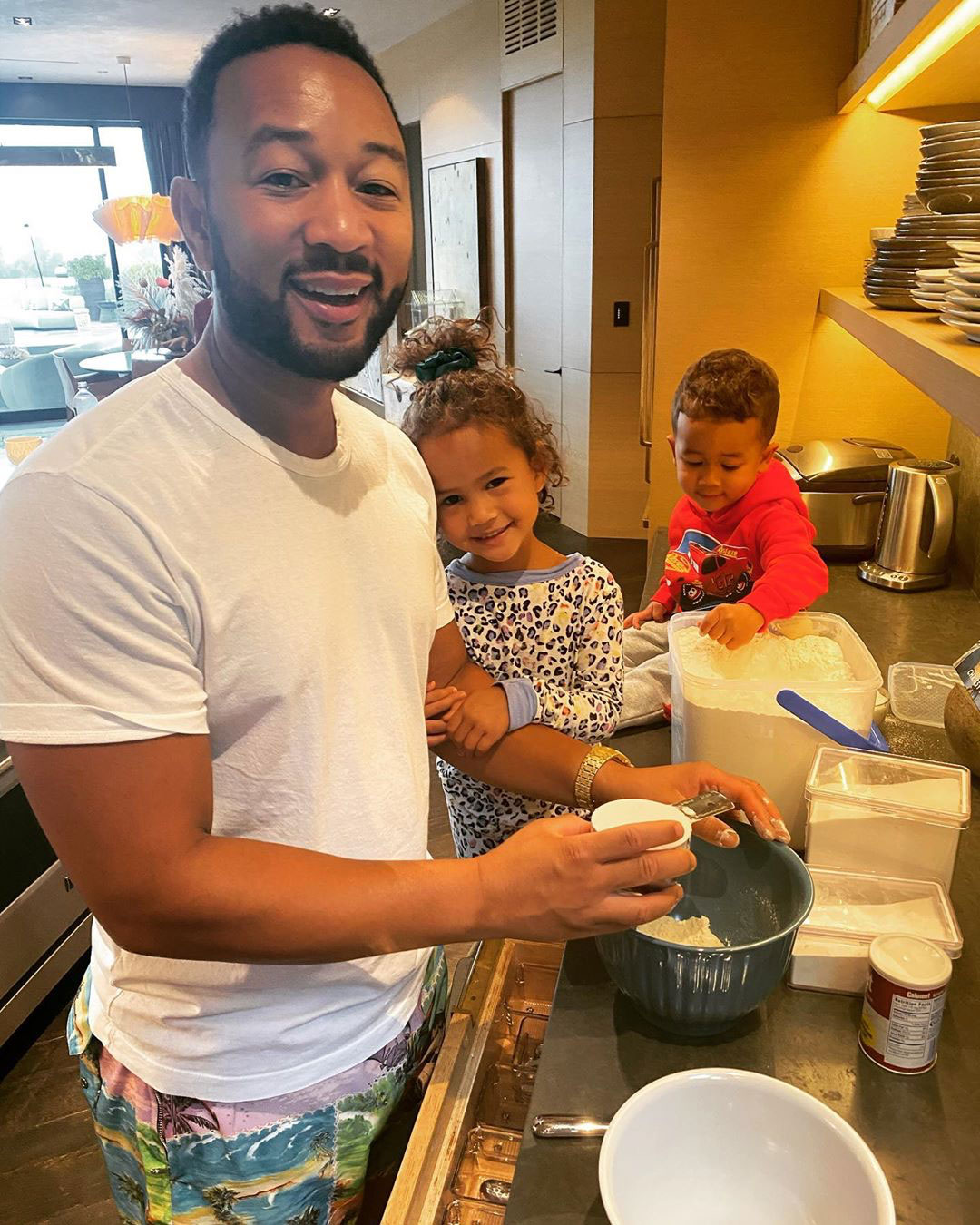 Though the Chrissy’s Court host is known for freely sharing recipes for many of her favorite dishes, she’s keeping this one to herself — at least for right now. “I know I share everything but this one I’m saving for [the] book :),” she added.

Teigen, who is pregnant and expecting her third child with the “All of Me” singer, revealed earlier this month that she has a third cookbook in the works. Additionally, she promised this work will be different from her previous two cookbooks — Cravings and Cravings: Hungry for More.

“I can’t wait to start my next book (this fall!) – I am in such a different life phase and enjoying making clean, delicious food but still with explosive flavor!” she tweeted at the time.

Legend previously opened up about cooking for his little ones in an Instagram post of his own from earlier this month. “I make pancakes every Sunday,” he captioned a snapshot of himself posing with the kiddos and their meals. “Regardless of this pic, Miles really enjoyed them.”

Us Weekly confirmed on August 13 that Teigen is having baby No. 3, after she debuted her baby bump in Legend’s “Wild” music video the same day. 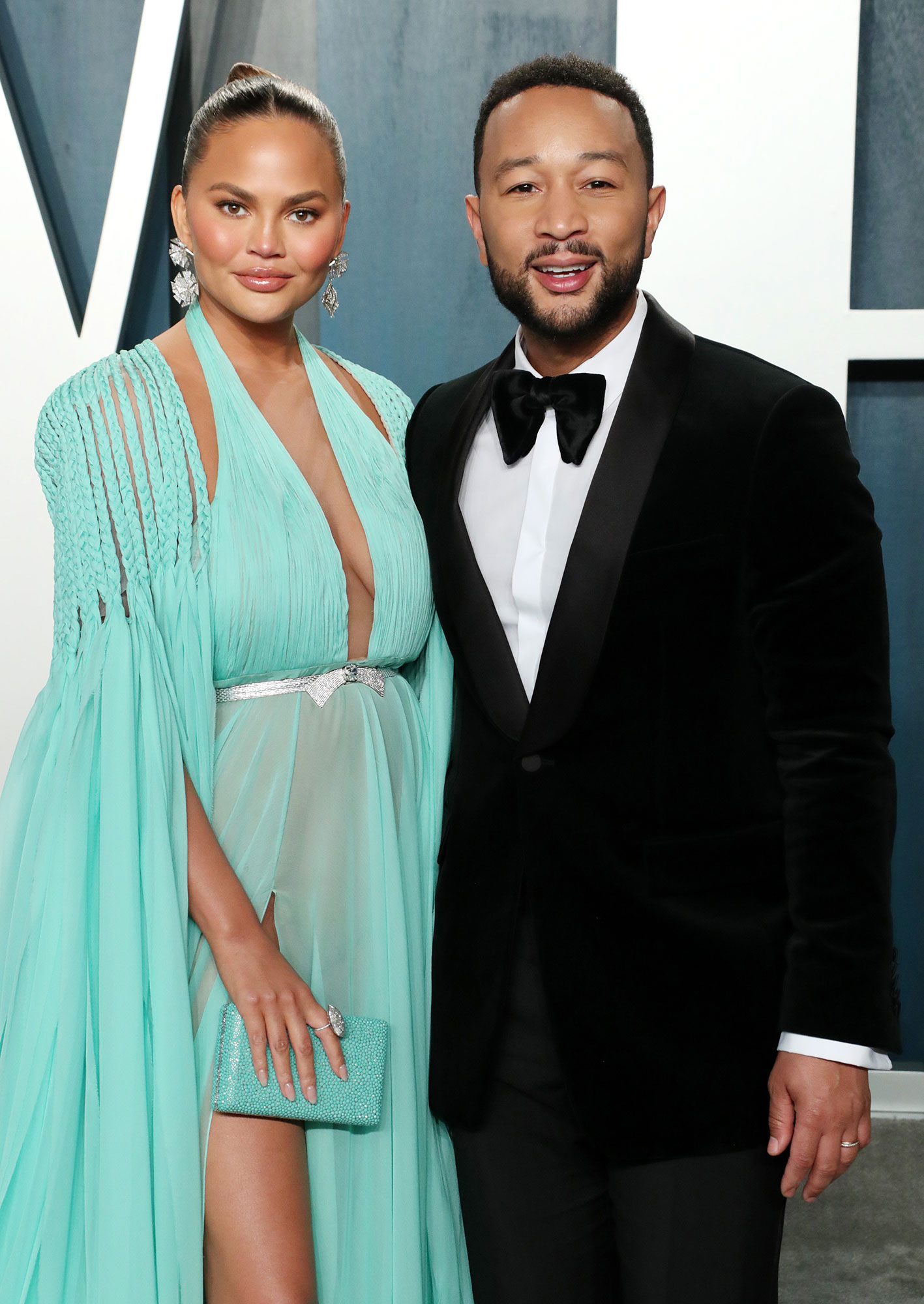 The Lip Sync Battle cohost opened up about the exciting news 24 hours later and revealed that she was “scared” at the start of the pregnancy because she learned she was expecting shortly after undergoing breast implant removal surgery earlier in the summer.

“I did the routine pregnancy test you do before surgery. It said negative. It was not negative,” the Utah native tweeted on August 14, explaining her pregnancy timeline.

A few weeks after her surgery, in June, she took another pregnancy test and it came back positive. From that moment on, Teigen said she “prayed to the boob surgery gods that everything would be okay.”

The Cravings founder noted that she is still “very worried” about this pregnancy since she got pregnant with the pair’s other children through in vitro fertilization.

Still, Teigen is seemingly enjoying the experience and has shared many of her cravings thus far, including sour candies and ham and cheese Lunchables.