‘My behaviour was appalling’: Woman who stole from relatives to fund her heroin and crack addiction reveals STUNNING transformation on Jeremy Kyle Show – after just three months in rehab

A woman who spent three months in rehab battling heroin and crack addiction has revealed her dramatic transformation back to health.

Appearing on the Jeremy Kyle Show in an episode entitled ‘Crack, heroin and sleeping in car parks – save my daughter’, Christie, 32, reveals how she spiralled into addiction – and how it ravaged her body.

With her mother Dominique and other family members by her side, Kristie shared how she underwent a total drug detox at rehab centre, the Perry Clayman Project.

At the lowest point in her 15 year addiction, Christie stole from relatives, let her flat descend into squalor and lost so much weight she was almost skeletal. 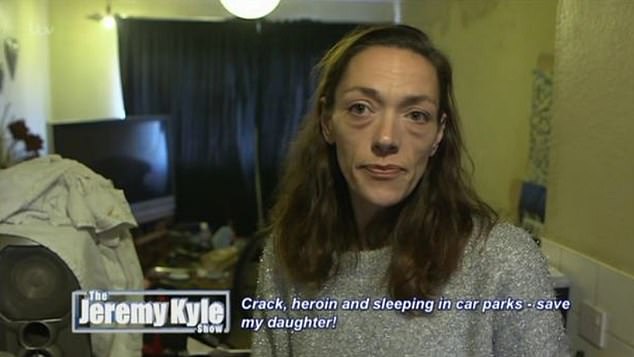 Christie, 32, who battled drug addiction for almost 15 years appeared on the Jeremy Kyle Show today to show how low heroin and crack had left her – and her dramatic recovery 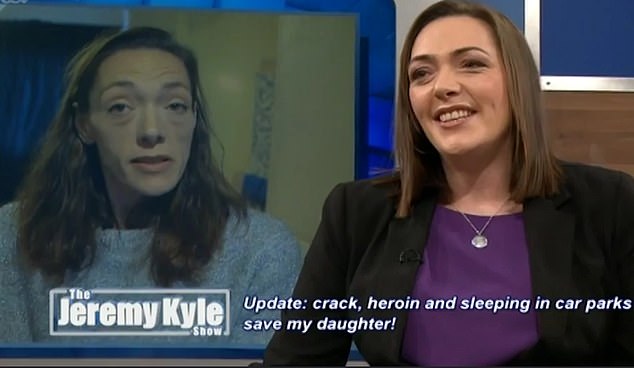 Dramatic: Christie, now 80 days clean, appeared on the show to reveal how she’s stayed clean for 80 days thanks to an intensive rehab programme

Looking a picture of health, Christie told the audience of the ITV daytime show how she was now ’80 days clean’ after falling into addiction so bad that she ended up becoming near skeletal as the dependency took hold.

Standing next to an image of herself looking emaciated on screen Christie explained, to cheers of encouragement from the audience, how she emerged from the depths of crack and heroin.

She said: ‘The thing is, don’t think I’m dismissing anything but, I was heavily in addiction and I didn’t have a way out. This is what this show’s given me, a way out.’

Viewers watching at home, viewers said they were left ‘in tears’ at the transformation.  @peachy_chels wrote: ‘in tears at that lady on jeremy kyle who got clean from heroin, addiction is hard, and she did good’ 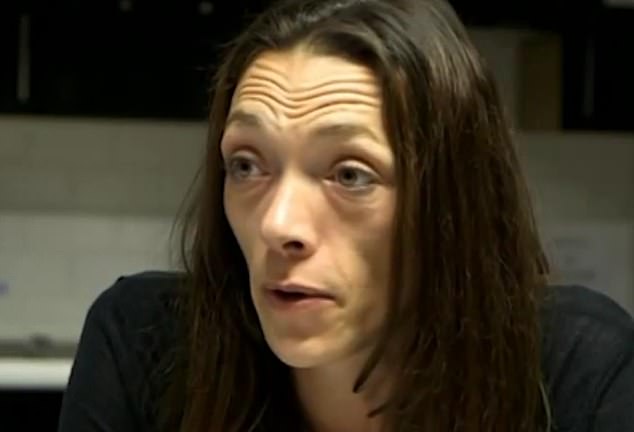 At her lowest point, Christie stole from her family, slept in a car park and stopped eating properly 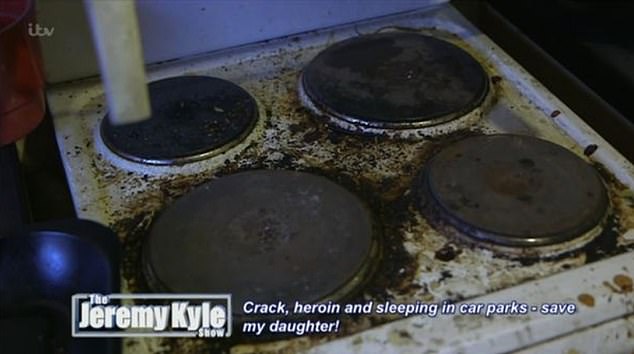 Squalor: Christie’s mum Dominique revealed her horror at the state Christie’s flat while she was in the grips of addiction 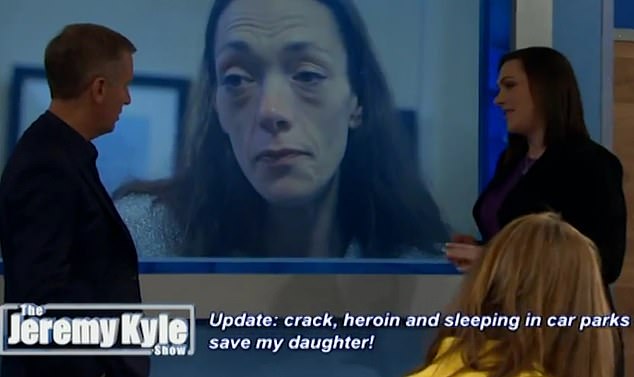 @BenchrestShow added: ‘#jeremykyle #drugs #druguse I don’t normally do this but this is what drugs does to a person, BUT with help people can turn their lives around. Before and after!’

She explained that her first night trying to come off drugs was among the hardest, saying: ‘My first night in rehab was really difficult because I had to go through a withdrawal process, so I had to go as long as possible through a detox before I could be stable on my medication.

‘I know at one point I didn’t feel very positive and I was really poorly, but now I’ve stabilised and on my medication it’s a totally different story.’

As the video started, which showed Kristie during the rehabilitation process, she explained: