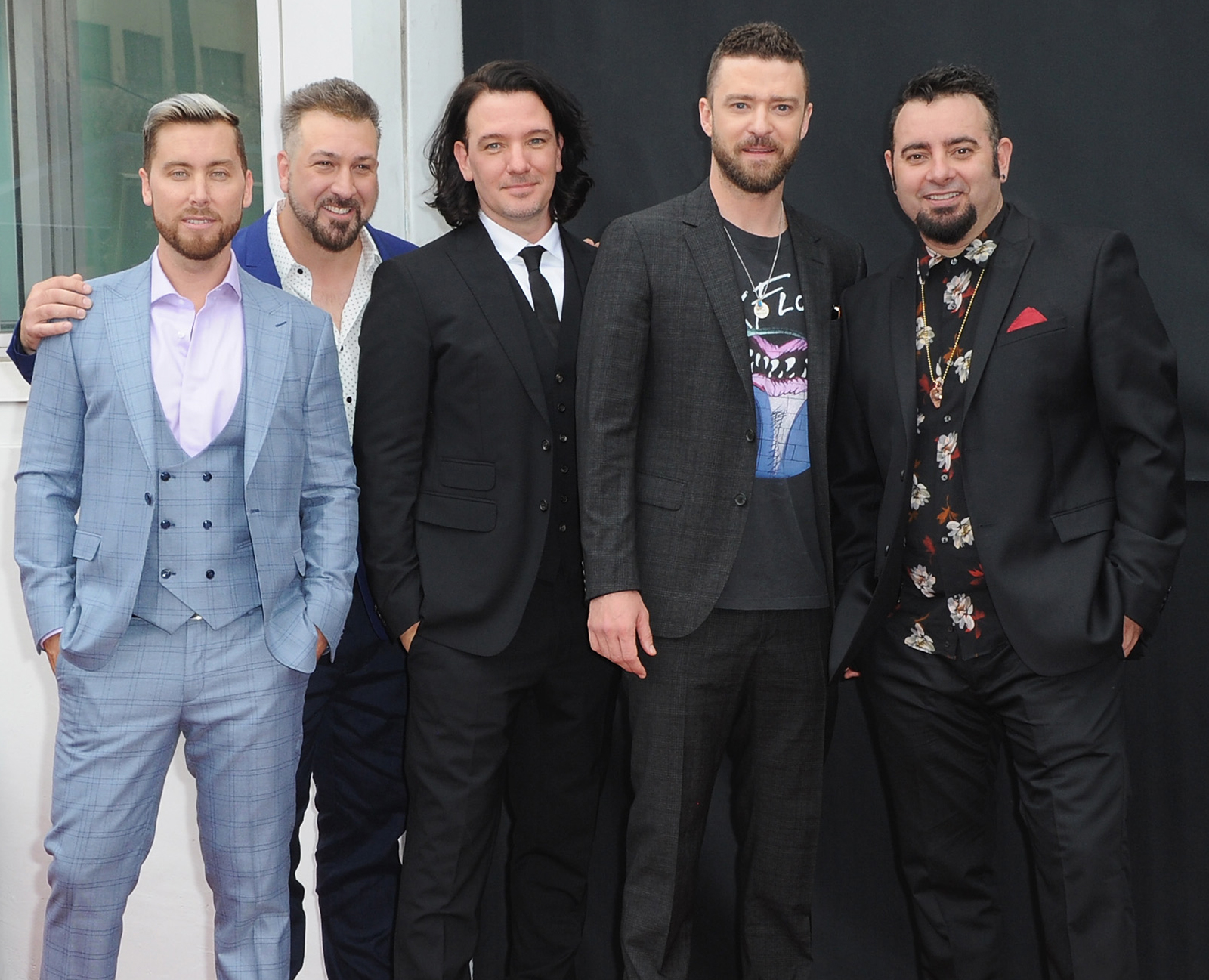 In the wake of their surprise performance with Ariana Grande at the 2019 Coachella Valley Music and Arts Festival, Variety reported that “there are offers” for the boy band to reunite. Billboard corroborated the rumors, noting that “the group and its team [are] taking a look at a more prolonged return.”

Timberlake, 38, was the lead singer of ‘NSync from the time they were formed in 1995 until they announced a “temporary hiatus” in 2002, which turned out to be a full-on breakup. But when Chasez, 42, Bass, 39, Fatone, 42, and Kirkpatrick, 47, came together again at Coachella on Sunday, April 21, to perform Grande’s “Break Up With Your Girlfriend, I’m Bored” and their own hit “Tearin’ Up My Heart,” the foursome proved that they could rule the stage on their own. (The “SexyBack” singer, who could not make it because he had just wrapped up his Man of the Woods tour, wrote on Instagram that the guys “killed it.”)

“The four of them would be great,” Live Nation senior vice president of touring Brad Wavra, who worked as ‘NSync’s promoter in the ‘90s and early aughts, told Billboard. “There’s no denying the talent that Justin has, but the four of them together proved it [at Coachella]: The music sounded great, they looked great, the fan response was awesome and I think that that would be the same all across America.”

A booking agent pointed out to the magazine that there could be a market for an ‘NSync reunion tour or even a Las Vegas residency, where rival Backstreet Boys perform, because “there’s a whole new generation of fans that haven’t had the opportunity to see the songs live.”

So, what does the band think about the possibility of hitting the road without Timberlake, who has found mega-success as a solo artist? Us Weekly caught up with Bass the day after the group’s Coachella gig, and he sounded a bit hesitant.

“We’re a weird group. I mean, all five of us just have such different careers going right now. It’s hard to bring us back together,” the Dancing With the Stars alum told Us at the Environmental Media Association School Garden Luncheon on Monday, April 22. “Things that make sense, like Coachella, yeah, that’s easy, that’s fun. So, if something like that comes up again, I’m sure you would see us perform. But making another album and touring’s probably not in the cards for us.”

With reporting by Emily Marcus