Is it just me? Or are you baffled by posh menus too? asks DEBORA ROBERSTON

As a spectacularly gauche 19 year old, I was taken to the Connaught for dinner by the very grand grandparents of my then boyfriend.

The menu was in French. My A-level had armed me with moules mariniere and tarte aux pommes, but not the more raffine items that swam before my eyes on the atlas-sized menu.

I could pronounce the words correctly but wasn’t clever enough to know what they meant, so I was relieved when the chartreuse de perdreaux a l’ancienne turned out to be something I could eat (super-posh partridge, to you and me).

Back then, menus could be a lottery. But after more than 20 years working in food, writing recipes, and ghost writing for chefs, I learned a bit. I certainly thought I knew my way around a menu. 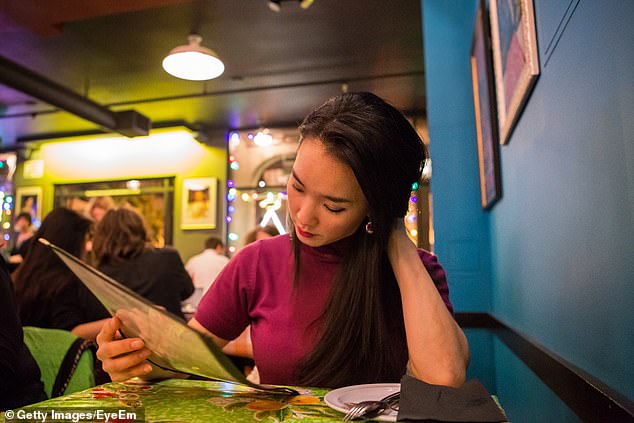 That is, until recently. There are now rather more hurdles between me and delicious on the menu than I would like. The rush to be new and different has led to chefs cooking increasingly obscure items.

A survey from Barclaycard reveals that 91 per cent of us have been flummoxed when we look at a menu. If you don’t know your shiso from your lardo, your burrata from your mangalitsa, modern dining is a minefield and ingredient anxiety is ruining our nights out.

Where I live in East London, every fashionable food seems to begin with K; all the cool kids are eating and drinking kefir, krauts, kombucha and kimchi.

Who can blame the timid 25 per cent of those surveyed who admitted they were too nervous to ask about ingredients they didn’t recognise?

But if you are befuddled by this gastronomic guessing game, I’d encourage you to stride boldly into the future, ask questions, make new discoveries. You have nothing to lose and a lot of delicious to gain.

Debora Robertson is the author of Declutter: The Get-Real Guide To Creating Calm from Chaos, Kyle Books £12.99.