When I was growing up, one of my favorite things about summer was going camping and making s’mores on the campfire. Since then, various companies have tried to replicate the flavors of summer with s’mores-inspired bites and sips, albeit to varying degrees of success, so International Delight’s S’mores-flavored creamer definitely caught my eye. If you’ve ever wanted to have s’mores for breakfast without anyone blinking an eye, you’ll want to try this warm weather-approved accompaniment to your morning brew.

It’s no secret that International Delight has no shortage of inventive creamers, from a Peeps Marshmallow option to an offering inspired by the flavors of Dove Dark Chocolate. TBH, I thought they’d outdone themselves when the company rolled out a Reese’s Creamer back in 2017, but their latest creation might just take the cake. Now, International Delight is bottling the potent combination of crunchy graham crackers, gooey marshmallow, and melted chocolate into creamer form, and it’s a great time to be alive. If you’ve always wanted a socially acceptable way to start your mornings with s’mores, this nostalgia-inducing condiment is your answer — and the best part is that you don’t have to wait until patio season to try it.

According to International Delight, customers nationwide can head to their nearest grocery store or retailer to grab a bottle of S’mores Creamer starting in April. Retailing at just $3.79 for a 32-ounce bottle, it’s a cost-effective and delicious way to get your s’mores fix first thing in the morning. Plus, it’s a total bonus that you don’t need to be anywhere near a campfire to get in on all those nostalgia-inducing flavors. 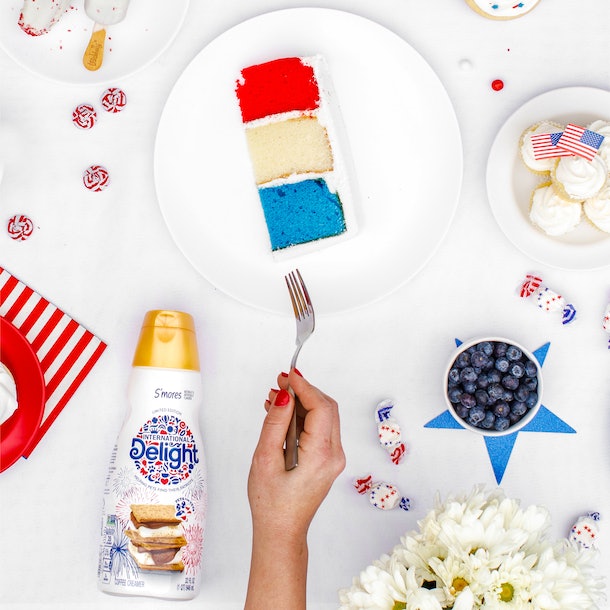 According to Best Products, the company said in a statement:

Considering that we’ve hit the halfway point in April, I wouldn’t be surprised if International Delight’s S’mores Creamer starts making its way to your closest grocery store soon or if it’s already there. If you don’t see it, I’d definitely recommend checking out the brand’s Peeps Creamer in the meantime for an Easter-flavored addition to your cup of joe that still boasts hints of marshmallow in every sip.

I’ll admit that I originally had my misgivings about combining Peeps candy with a creamer and then somehow making that work with the bitterness of coffee, but it definitely exceeded my expectations. Plus, if you head to company’s product page, there is no end to all the positive testimonials to hype you up. One reviewer even claimed that her husband would drink it out of the bottle if she let him, while another raved:

Again, the new s’mores creamer is coming to stores this month, so I’d definitely keep an eye out to try it and report back if it’s succeeded in bottling up the flavors of summer with no roasting required.