The festive season is easily the most expensive time of year, with dresses for Christmas parties to order, tinned sweets to stock up on, and train tickets home to buy – and that’s before you even get to the presents.

Putting together a festive feast for your family can quickly add up, with the various kinds of meat (not to mention a veggie option) and desserts, plus copious amounts of baileys and buck’s fizz.

But this winter, Iceland is hoping to tackle the expense of the main event every Christmas – the turkey.

The bird, which is roasted in butter made from the foodie favourite, is set to rival the Gordon Ramsay recipe that inspired it. 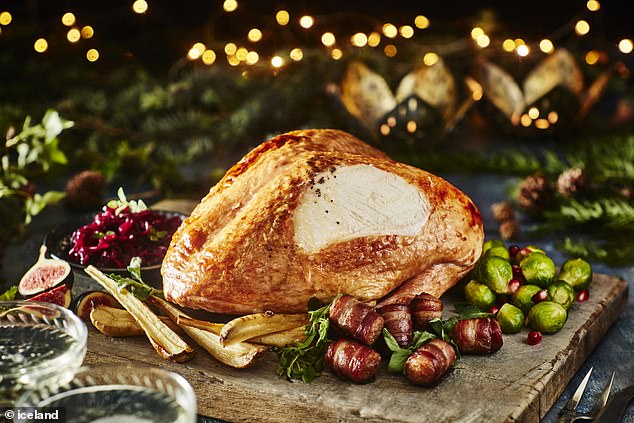 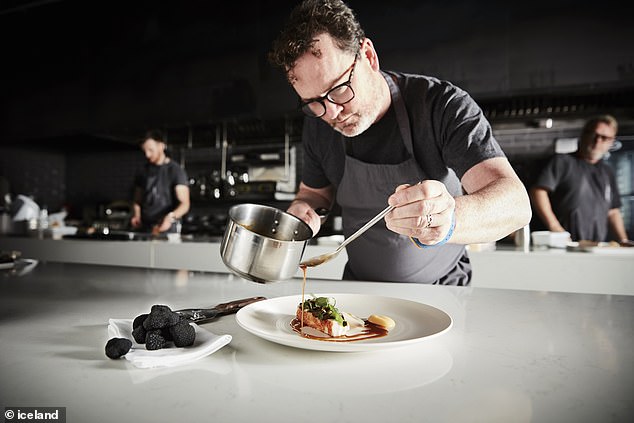 Neil Nugent, Iceland’s head chef, said: Customers will be able to stun their families and friends for Christmas dinner this year with Michelin-star restaurant quality food at a fraction of the cost’

Gordon Ramsay’s version features homemade truffle butter using parsley and olive oil, which is then piped under the skin of the turkey before being spread out and roasted.

He debuted the recipe on his hit TV show The F Word and it has been a fan favourite ever since – despite the truffles in his version costing £50.

Iceland have said they are hoping to lure the 67 per cent of Brits who wish they had more disposable cash to splash on impressing their guests this year.

But they aren’t the only ones offering up cheap turkeys this Christmas – budget retailer Lidl are selling the Braemoor Small Ready Basted Turkey with Giblets at £9.99 for 2.8kg.

Neil Nugent, Iceland’s Head Chef, said: ‘Our Truffle Butter Turkey Crown is simply sensational. Customers will be able to stun their families and friends for Christmas dinner this year with Michelin-star restaurant quality food at a fraction of the cost.

‘Our development of this luxurious turkey recipe is in direct response to customers seeking an affordable yet luxurious Christmas centrepiece, as well as an increased demand for truffle amongst younger customers.’ 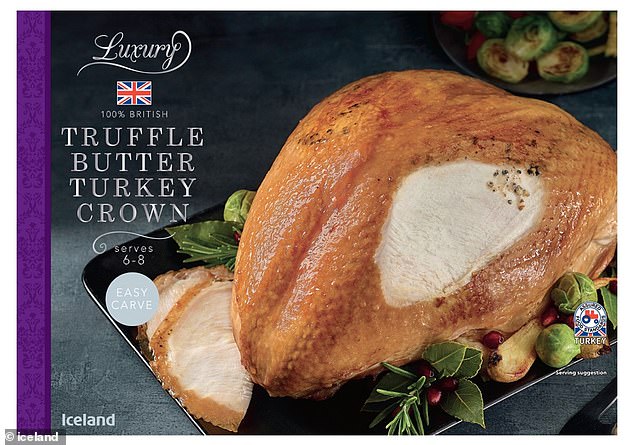 The chain also believe the 1.9kg bird will change the minds of 10.3million Brits who confessed they eat turkey every year despite disliking the taste

Last week Iceland sent shoppers into a frenzy after it unveiled their frozen packets of Greggs Festive Bakes.

The pastry parcels returned to the bakery chain three weeks ago, and are an annual hit with fans.

Normally found in the popular high-street bakery, the turkey, bacon and stuffing pastry parcels are available to buy at the supermarket for the festive season.

The bake-at-home versions are available to buy for £2 for a pack of two – or £1 a pastry – but Iceland is currently offering a promotion where shoppers can pick up two packets for £3 – meaning each flaky treat costs just 75p.