The British actress, famous for her roles in Austin Powers and Bedazzled, confessed to slathering on cream "six times a day on my face and 10 times on my neck". 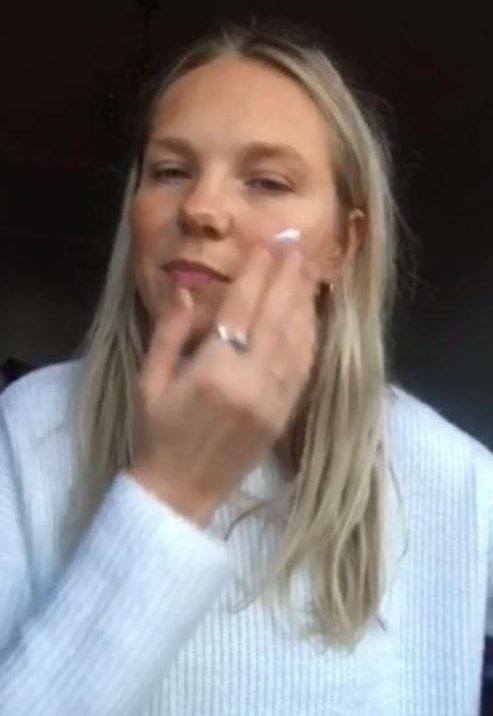 It may seem excessive to us mere mortals but Liz claims her persistent moisturising regime holds the secret to fresh, youthful skin. And let’s face it – she does look pretty damn good at 53.

Young, old, oily or dry, all faces benefit from a daily dose of cream. But is six times a day really necessary? I decided to find out.

Liz Hurley uses a mixture of Estee Lauder, Creme de la Mer and other luxurious lotions and potions that far exceeded my budget. In search of a good dupe, I decided to use Nivea Soft. 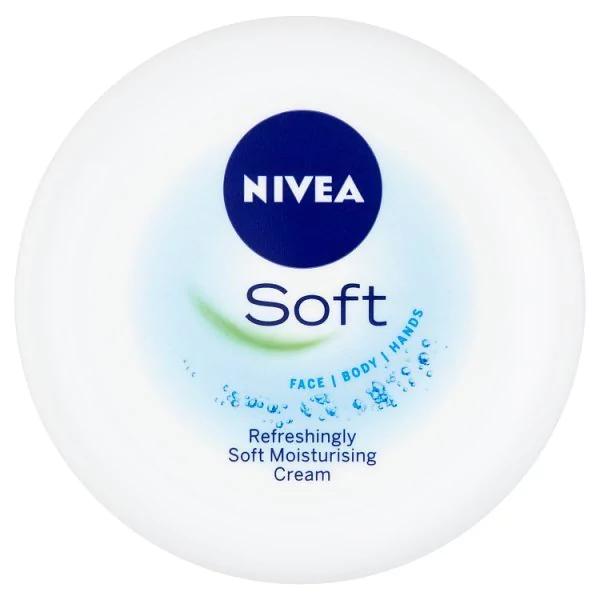 I’ve always considered myself to have pretty good skin – especially for someone whose beauty drawer consist of the dregs of empty magazine freebies and Superdrug sample pots.

Before beginning my experiment, I visited Eudelo’s Vauxhall clinic to meet with dermatologist, Dr Stefanie Williams who performed some routine skin tests.

Her equipment showed that my skin was above average in some areas including overall texture and UV damage, but I was definitely lacking in others. 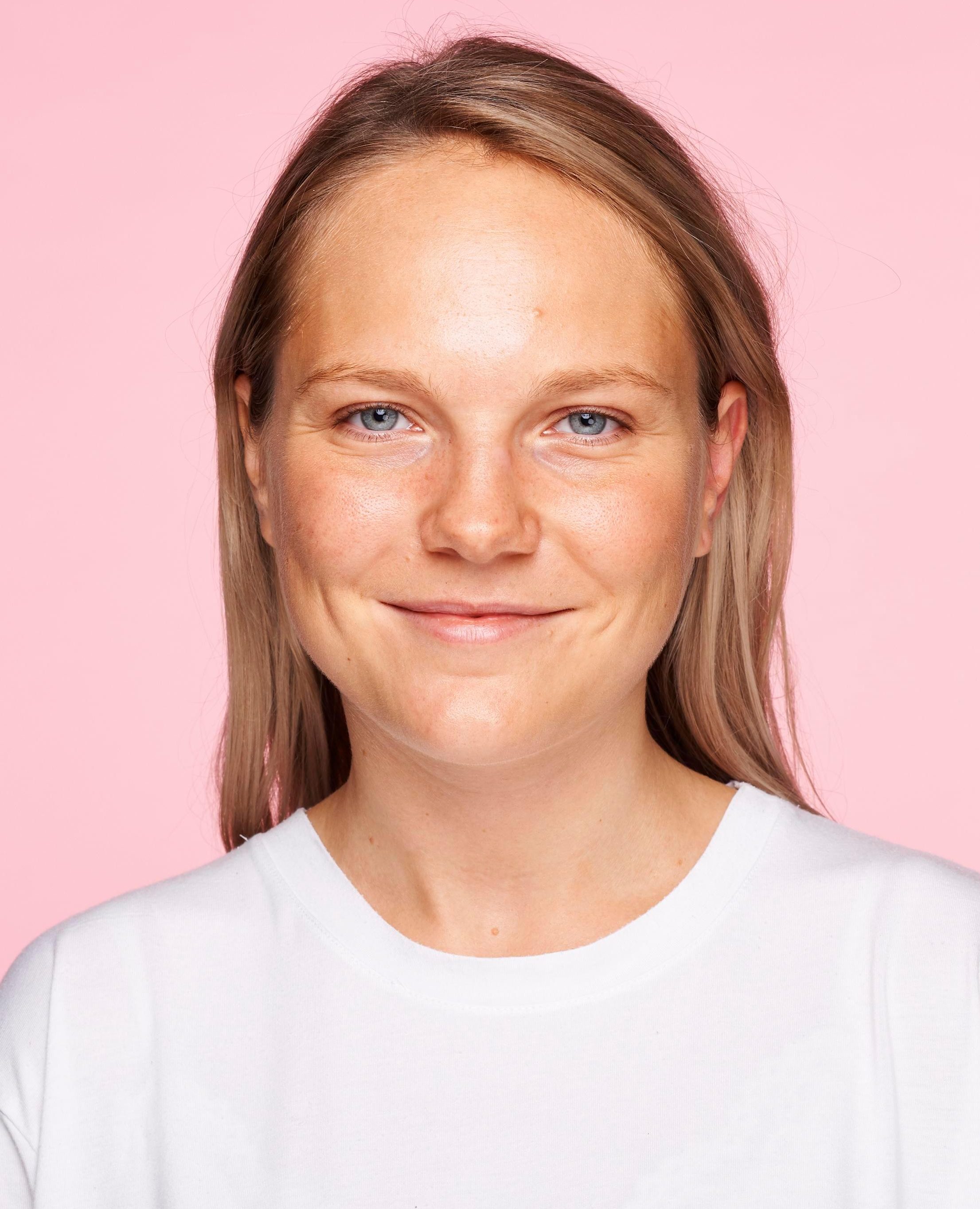 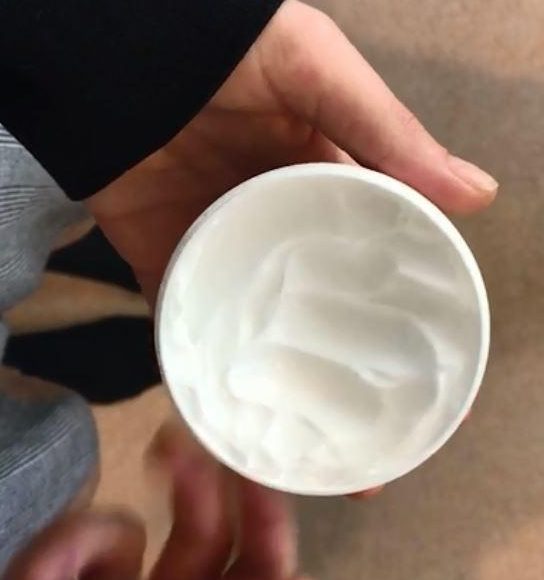 My pore size, for example, was much worse than the average for my age – something that a little bit (or a lot) of extra moisturiser wouldn’t fix.

In fact, Dr Stefanie warned that applying so much cream to my face would most likely increase pore size and clog the skins surface with dirt.

Despite Dr Stefanie’s warning, I persisted with the experiment.

Day one saw no change, apart from a sort of sweaty look. I remained indoors, glued to my sofa for most of the day, so applying numerous layers to my face was relatively simple bar one problem: my jumper.

The whole ordeal was incredibly counterproductive as the fluffy fibres soaked up most of the moisturiser and my neck saw no benefits.

Day 2: Getting the glow 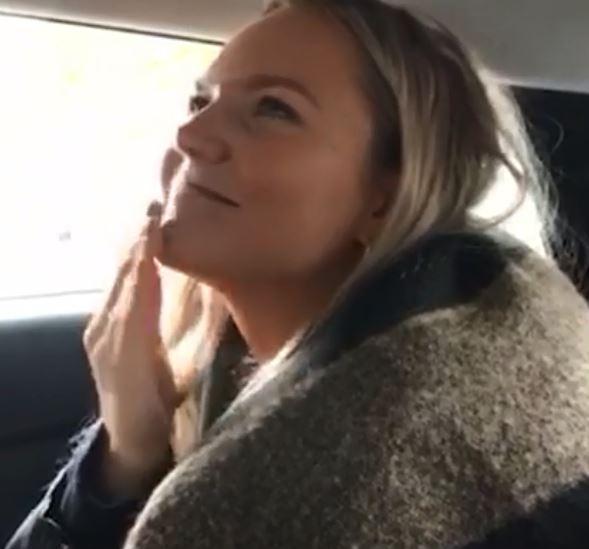 I was looking dewy and bright the next morning – far less gaunt than I usually looked at 6am.

It was Monday morning and I applied my moisturiser generously.

The neck would be creamed at the same time, plus a others in between.

My first predicament came on my train ride in to the office. I was about to rub a load of product on to my face using my hands.

People reading this may think of me as pathetic germaphobe. And they would be precisely right. I hate touching my face, hair, food, without freshly washed hands. 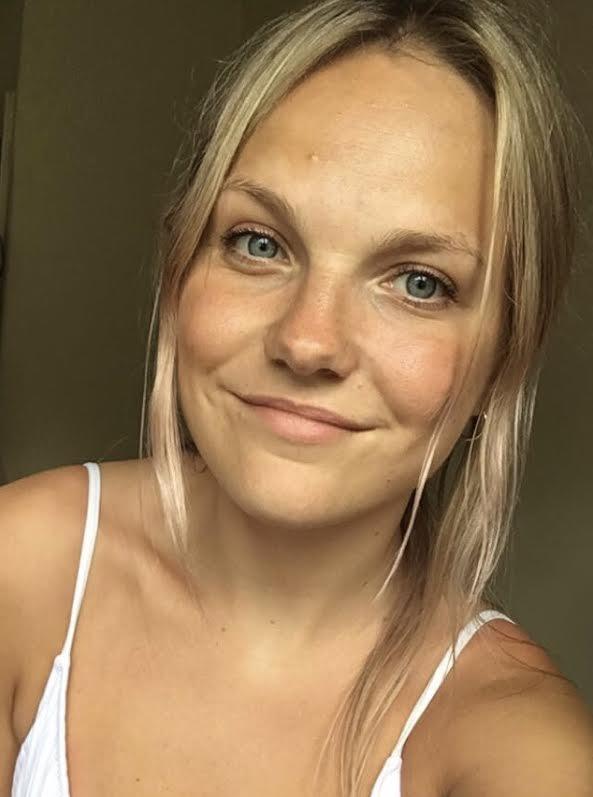 But, after some rummaging, I found an aloe vera hand gel lurking in the bottom of my bag. My hands still didn’t feel clean, but it would have to do.

Fortunately, my colleagues are used to seeing me trial slightly odd experiments (like not washing my hair for three weeks and eating only boiled eggs for lunch) so they weren’t remotely phased when I pulled back my collar to slather cream on my neck at 10 in the morning.

The day had gone well, or so I thought, until confronted with a mirror that evening. The face I had put on earlier, had disappeared.

My poorly contoured bronzer nowhere to be seen. I’d unintentionally rubbed off all my makeup with the excessive moisturising. My skin, however, felt good and thoroughly hydrated. 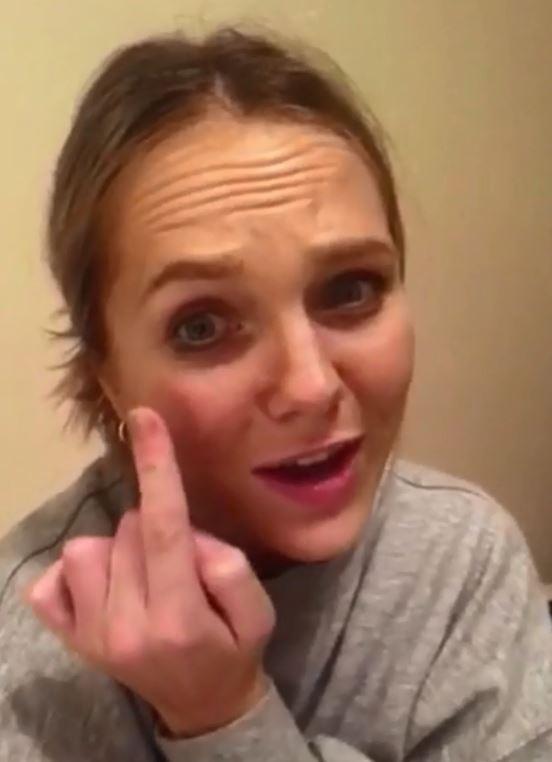 Equipped with more hand gel, I was ready for the day. I adopted a patting method to avoid rubbing the cream into my face and wiping away the days makeup. Gentle patting still removed some but less so than rubbing.

I felt much sweatier than the first couple of days. My pores were clammy and my face was hot under the office lights. All this grease was becoming slightly suffocating. 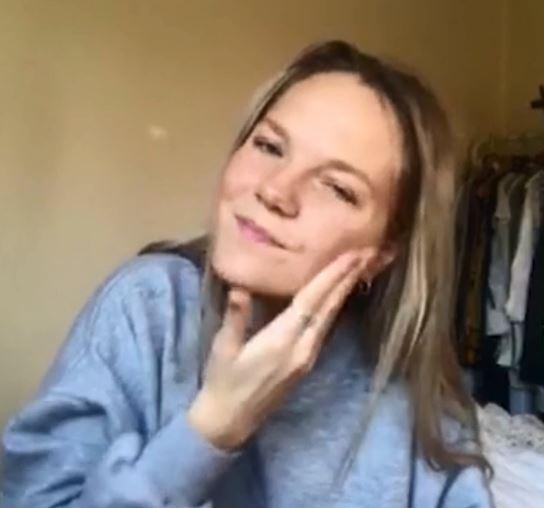 My day ended with unavoidable panda eyes. Thick black smudges of mascara smeared around my lash line – it reminded me of a time from my childhood where my 12-year-old friends and I tried to replicate a smoky-eye using just one shade of Halloween eyeshadow.

The results were the same as today’s. An uneven, wonky and imprecise mess. Aside from the layer of sweat coating it, my face looking smooth and tight. 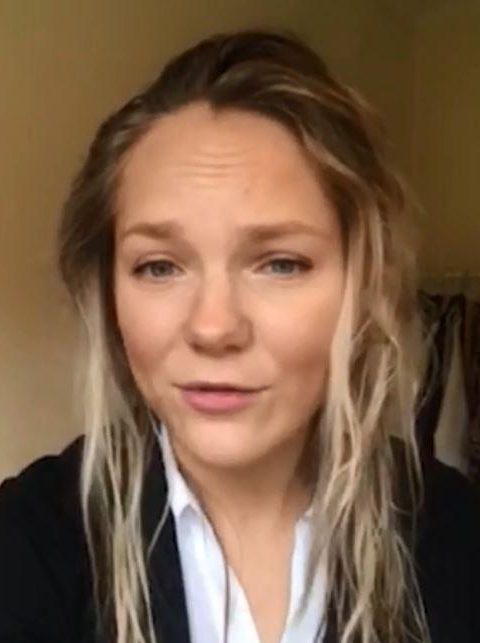 I had a proper scrub in the shower to wash off the overwhelming dirt that had been accumulating in my pores. My skin felt unexpectedly taught and elasticated. Maybe Liz was right after all.

Surprisingly, despite having to moisturise the area almost twice as much, my neck had been causing very few problems. It wasn’t overly inconvenient nor difficult (if wearing appropriate clothing).

My face on the other hand was looking far too wet and having to continuously apply the cream was really starting to impact on my day. I was fed up.

Day 5: My pores are gasping for air

By day 5 I noticed an intense sludgy layer on my face. I was waking up in the morning feeling like I’d already caked ten layers of cream on.

And despite the elasticated texture, it seemed like the excessive Nivea applications were becoming a bit too much for my skin to handle.

Despite relying on hand-gel, I still felt horrendously dirty applying cream on top of makeup. This is something that Liz says is perfectly fine to do – I say otherwise.

Piling oil and grease on top of product made me feel so grubby and my pores were gasping for air. 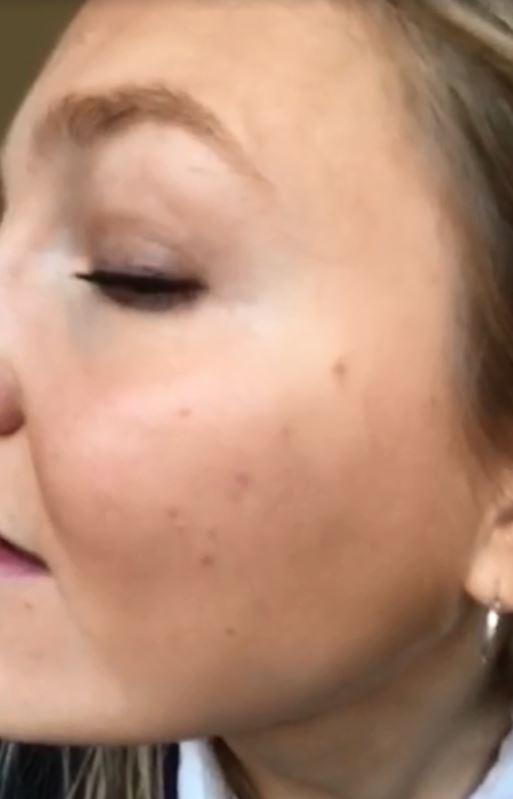 Coming to the end of the experiment, an agitated patch had appeared on my cheek. A group of several small red spots had popped up in protest of my new regime.

I rarely get spots and when I do, it’s usually one huge, angry volcano of a spot. One of those pimples that lays dormant, deep under the skin's surface for months until the day it decides to erupt.

These were like nothing I’d experienced before. They were very small, came in numbers and were rather angry little monsters. They all congregated in one area and grew redder as the day went on.

The timing of their arrival was far from grand either. I was out for a friend’s birthday that evening and all the foundation I’d applied was slowly sliding down my skin and neck, as if it were melting off. The more I applied, the worse it got. 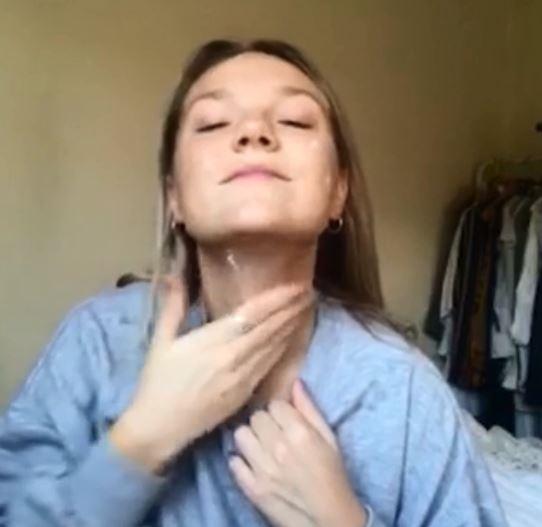 In the end I went for the more natural look, wearing an old powdery foundation from my teen years and a thin slick of mascara. I had no other option.

I’d managed to squeeze all six rounds of moisturising in prior to leaving the house. I didn’t want to risk blurring my face on a night out in a pub full of boozy men and women, so this seemed like the most sensible option.

As the days went on, it became more and more apparent that Liz’s regime was a myth.

There’s no way that someone continuously the public eye would have the time to apply lumps of cream to a face that numerous makeup artist had probably slaved over. 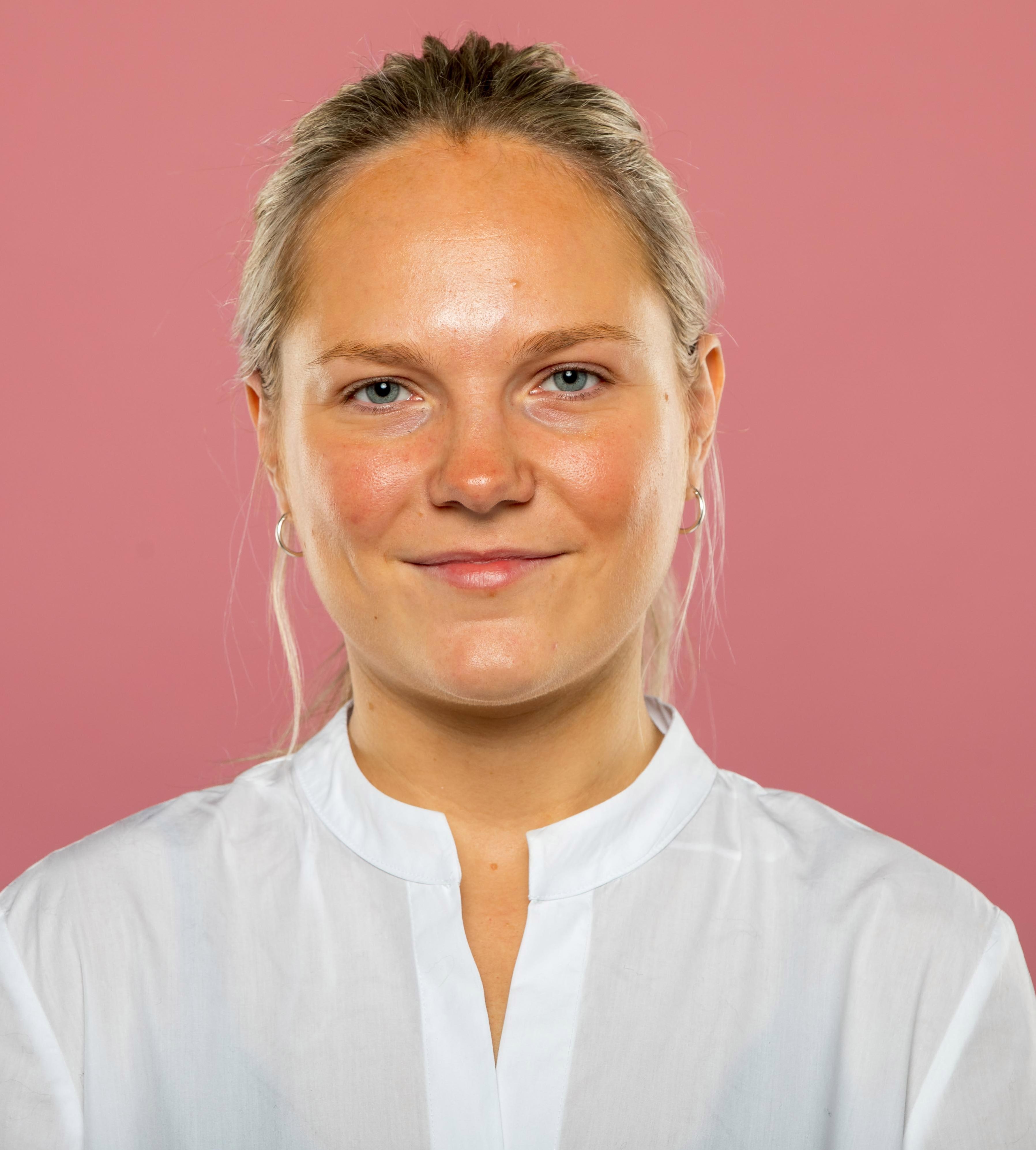 By the end of the week, I’d had enough. My poor skin couldn’t breathe. The army of spots had invited some friends and it had become and oily red party on my face.  I was waking up feeling greasier and greasier.

The tranquil and scandi-style interior of Eudelo clinic calmed my nerves slightly. I was anxious to find out the damage done. And the signs were obvious. Dr Stefanie Williams didn’t even need to use her equipment to spot the tell-tale signs of poorly treated skin.

There was visible redness and signs of agitation, she told me, some obvious spots – real name papules – and lots of oil.

Although Eudelo’s equipment didn’t detect any dramatic difference between the beginning and the end of the experiment, Dr Stefanie advised that if I were to continue, the outcome could be quite serious. I was relieved to be finished.

It takes around three months for the skin to adjust to a new regime but I was starting to see signs of deterioration after just one week.

It’s important to let the skin shed, allowing cells to renew, explained Dr Stefanie. New cells are generated and the dead cells come away from the surface.

By applying continuous doses of moisturiser you’re essentially gluing the dead cells back on to the face, preventing them from naturally shedding and ultimately resulting in a dry and de-hydrated appearance.

“You should moisturise twice a day after cleansing,” Dr Stefanie Williams advises. “You want to start using a retinoid in your late twenties to help with pore size and wrinkles.”

At the end of the week, I can safely say Liz Hurley’s skin regime is completely unfeasible. Not only was it taxing having to apply excessive doses at various point in the day, but my skin felt consistently greasy and clogged.

Instead, anyone looking to keep their skin youthful should rely on three key ingredients: an antioxidant serum that includes vitamins C and E, used in the morning after cleansing; a daily SPF, even in winter and vitamin A, which can be found in retinols and increases collagen production.

All in all, I ended my week a sweaty, greasy mess. It’s a no from me. I think I’ll stick to my twice a day thanks.