I’ve known for some time now I have resting bitchface. It’s been perfected over the years but what really pushed me over the edge was motherhood.

At some point when I was juggling three kids in a grocery store, having had a night where the toddler didn’t sleep much, the wind blew in a certain direction and the expression stuck.

I now permanently walk with a "don’t mess with me" face, even when I’m in a perfectly pleasant mood. 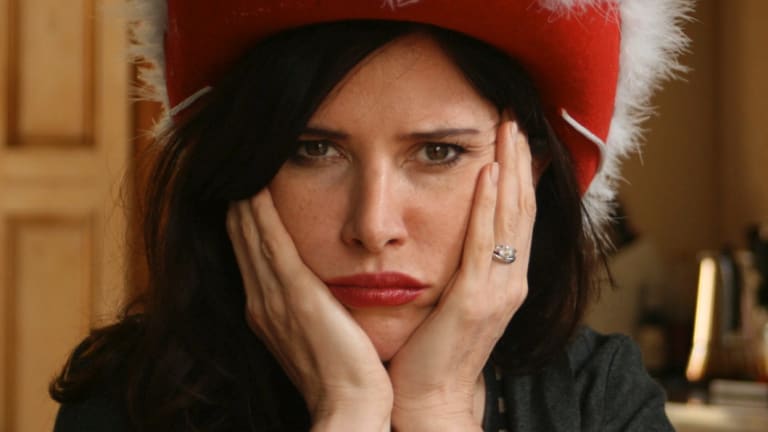 Maybe she is worried about something.

It’s hard to describe the look. I don’t necessarily walk around with a scowl or pursed lips, but something about my demeanour and the the resolve in my eyes means people think twice about approaching me.

It was different when I was younger and in my 20’s. I was more approachable then. Years of sleepless nights hadn’t taken their toll just yet.

Around then, I would have people stop me on the street, sometimes to chat, sometimes to ask the time or directions to somewhere (remember those pre-smartphone days?) and on a few occasions to say something along the lines of I should smile more.

Once a man even wrote on a piece of paper “smile, it’s not that bad,” and handed it to me. I took their comments on with a look of confusion, perhaps even with an apology.

Afterwards I would try and compose my face into an expression that said, “I’m so happy I should be running in a meadow!” I turned up the corner of my lips, tried to channel Tyra Banks “smize” – smiling eyes (there’s even a step by step guide on how to do it) and unfurled my eyebrows.

The muscles in my face became too exhausted from trying to maintain a fake happy expression.

As I grew more confident in my skin I started to realise that my face was my face and I didn’t appreciate strangers, who were almost always men, coming up to me and telling me what kind of expression I should be wearing.

It made me feel defensive, and perhaps that contributed to my bitchface even further. But I also started to wonder why do some people have resting bitchface and others, hopeless optimists that they perhaps are, don’t.

Could anxiety have something to do with it?

Recently someone tweeted about this – many people seemed to agree, as the tweet went viral.

We may appear aloof or look downright mean when really we are just anxious and a little scared. I think perhaps this might be my issue.

Often I am trying hard to disguise my own social anxiety and it may come across as I don’t want to interact or talk to anyone. When really, most of the time I would love a friendly hello.

Kids make this harder. When a toddler is having a meltdown in a public space everyone it seems turns and looks. It’s hard not to feel judged at such a moment.

Everyone could stare all they wanted, my bitchface was made for such occasions.

I will say this however, after three kids you do become a little hardened to public meltdowns. Just yesterday my toddler had a screaming fit about me not buying him a PJ Mask toy and I ignored him while continuing to browse the aisles.

Everyone could stare all they wanted, my bitchface was made for such occasions.

Ultimately however, I think it comes down to this: we are all busy, and trying to keep our own s*it together.

Our face may naturally fall into an expression that conveys we aren’t friendly but on most occasions that can’t be further from the truth. Most of us are buoyed by a warm smile and a genuine chat.

So perhaps we need to stop judging people on how their face contorts at a specific moment and give them the benefit of the doubt.

We could be commuting, or had a bad night, or hiding internal anxiety, but in the end most of us just want to be liked by other people.

So let’s wear our bitchfaces with pride and if you don’t happen to wear one yourself, try to look past the hardened exterior of those of us who do.

And if you think I should smile more, well I’ve got a special face just for you.