Although Jen Richards is transgender, the character she played in the NBC series “Blindspot” was not — at least not on the page.

Richards was approached last year by the showrunner Martin Gero to play, she said, an “aggressive, duplicitous C.I.A. agent,” in a two-episode arc that aired in January. “He saw something in me and liked me,” she recalled, adding that she wasn’t asked to audition for the part.

She had recently picked up Gotham and Peabody Awards for “Her Story,” a web series she starred in and helped write about a pair of trans best friends juggling their personal and professional lives. The six-episode drama was hailed as a landmark moment for L.G.B.T.Q. representation — a rare chance to see trans lives depicted honestly and authentically.

But when Gero reached out to Richards for the role of Sabrina Larren, it was because he had seen her guest star as a therapist in an episode of “Nashville” and admired the “ease, strength and empathy in her performance,” he wrote in an email.

While her character in “Nashville” was also transgender, “Blindspot” doesn’t specify Larren’s gender identity. Gero didn’t discuss the fact that Richards is transgender with Andi Armaganian, the director of one of the episodes, because it wasn’t pertinent to the role she would be playing on screen.

Trans actors say such casting opportunities should be more routine. That is seldom the case. While television has made great strides in L.G.B.T.Q. inclusion with shows such as “Orange Is the New Black” and “Pose,” when trans actors are called in to read for a project, they still find they are only considered for parts specifically written for transgender people. 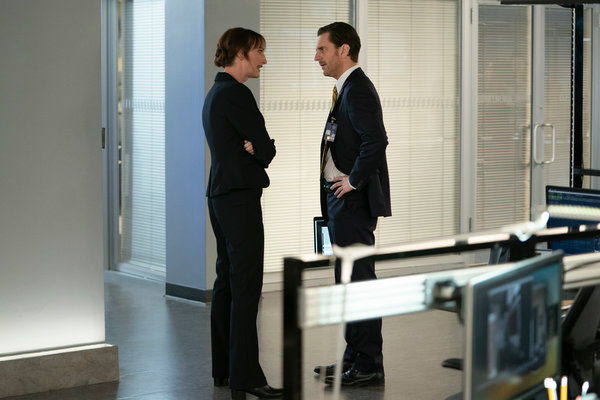 This handful of roles amounts to an extremely small pool of available jobs each year. A recent report by Glaad, an organization that studies gay, lesbian, bisexual and trans representation in media, determined that there were just 26 trans regular and recurring characters across broadcast, cable and streaming networks in 2018.

Performers like Richards and the actress Bea Cordelia, who won a Streamy Award for “The T,” a web series she produced, directed and starred in, are filling in the gaps by creating their own projects. There are “maybe a handful” of “big, juicy, complex, compelling roles” open to trans actors each year, Cordelia said, as opposed to the countless parts cisgender people have the chance to audition for.

But recently, Cordelia was invited to audition for a walk-on role in “The Red Line,” a CBS show that premiered this month. A law clerk in the district attorney’s office, the character only has one line.

What made the tiny part unique is that the casting call permitted anyone — regardless of gender or race — to audition.

“There were people of all kinds of identities in the waiting room,” she said, noting that the part was eventually cut before broadcast. While waiting to audition, she ran into a performer who played one of her romantic interests on “The T.”

Taking this fluid approach to casting serves to challenge the ways in which certain groups of people are viewed as the default on screen. When a character’s gender identity isn’t mentioned in a script, it’s often assumed the part is cisgender, a term used to describe individuals who identify with the gender they were assigned at birth.

Trans actors say they want the ability to be seen as all kinds of people, even characters whose background isn’t part of the story. While casting cis actors in trans roles — Jared Leto in “Dallas Buyers Club,” for one — may suggest their identities are just a costume, allowing trans people to play everything from a helicopter pilot to Barista No. 2 sends a powerful message. It says that they are part of the everyday fabric of society, just like everyone else.

Some in the industry are beginning to take note. In addition to Richards, the actress Hari Nef recently played a supporting role as a pretentious grad student on the first season of “You,” the Lifetime thriller that became a cultural phenomenon after it hit Netflix. Although Nef is trans, Blythe’s gender identity isn’t mentioned in the show, nor is it discussed in the Caroline Kepnes book series on which “You” is based. (Nef, who was unavailable for comment, has clarified on Twitter that “the character isn’t trans.”)

Elliot Fletcher, who played a trans teenager on “The Fosters,” is set to appear in six episodes of the upcoming TNT drama “Tell Me Your Secrets.” Fletcher describes his character, Jake, as the “puppy dog” role he’s used to playing: “loyal,” “sensitive” and “smart.” Notably, that description doesn’t include the word “transgender.” While he is grateful for the chance to allow trans youth the ability to see their lives and experiences reflected on screen, Fletcher wants to also be able to show the full range of his talent.

“I don’t want to just be seen as a trans actor,” he said. “There are a lot of trans performers who I know that feel that way. Oftentimes we’re looking for auditions where [the character is not] specified or assumed to be cisgender because we want to break out of whatever box we’ve been put in.”

Tearing open those boxes in which trans actors are often placed doesn’t just create greater opportunities in the television industry; it can also encourage others to live more openly.

Brian Michael Smith had appeared in small roles on shows like “Girls” and “Person of Interest” for several years before coming out for the first time in 2017 while playing a trans character on “Queen Sugar.” What kept him in the closet until then, Smith said, was the fear that being honest about who he is would limit future career opportunities — if there’s still little space on TV for trans people, there’s even less elbow room for black trans men.

But to his surprise, Smith’s “Queen Sugar” role didn’t set him up for being typecast as the “token trans guy.” Shortly after he came out, Smith landed roles on “Chicago P.D.” and “Homeland.” He said casting directors responded to the vulnerability he brings to his work, even though the characters were originally written for cis actors.

By giving trans actors the chance to show what they can do, Smith said it also gives audiences an opportunity to see them as more than just one thing.

“I think the most important thing is to change this perception that trans people are trans before they are people,” Smith said. “When you see us playing any role, it reinforces that in a very powerful way.”

While television still has a ways to go before trans actors are on equal footing with their peers, the performers interviewed for this story say things are changing — often through their own advocacy.

Richards often goes out for parts she knows she will never get, she said, just so she can meet casting directors and encourage them to consider trans actors for roles they never thought of them playing. Each time she’s brought this conversation to the table, she has watched “light bulbs go off.”

“It wasn’t that they had been actively discriminating against trans people, it just hadn’t occurred to them,” Richards said. “I’ve never met a single casting director who wasn’t open to that idea.”

But while some of the showrunners she’s been working with don’t think of her characters as transgender, Richards still does — her gender identity is too central to who she is to leave that part of her behind when she walks on set, she said. “What’s really lovely is that it doesn’t matter.”