Last year in spring 2018, your Easter celebrations most likely consisted of a little family time, a lot of chocolate bunnies, way too much egg decorating and — most importantly — Snapchat’s glorious Egg Hunt. And if you, too, participated in the app’s festive competition back in 2018, you’ll be thrilled to hear it’s back again this year. So, you might be wondering: How long will Snapchat’s 2019 Easter egg hunt last? For your information, its lifespan is quite similar to last year’s.

I’m happy to announce that — once again — for the entirety of Easter weekend 2019, you will be able to hunt eggs on Snapchat with friends and family. According to Snap, the game officially became available on Friday, April 19 at 6 a.m. PT, and it will last through Sunday, April 21 at 9 p.m. PT. The concept is exactly the same as it was last year, in that you’ll use your phone’s camera to collect virtual Easter eggs. To start, open your Snapchat app’s Snap Map. There, you’ll see a ton of virtual decorated eggs. You will physically travel to each egg, which will be situated at public locations, such as coffee shops, malls, parks, and airports. 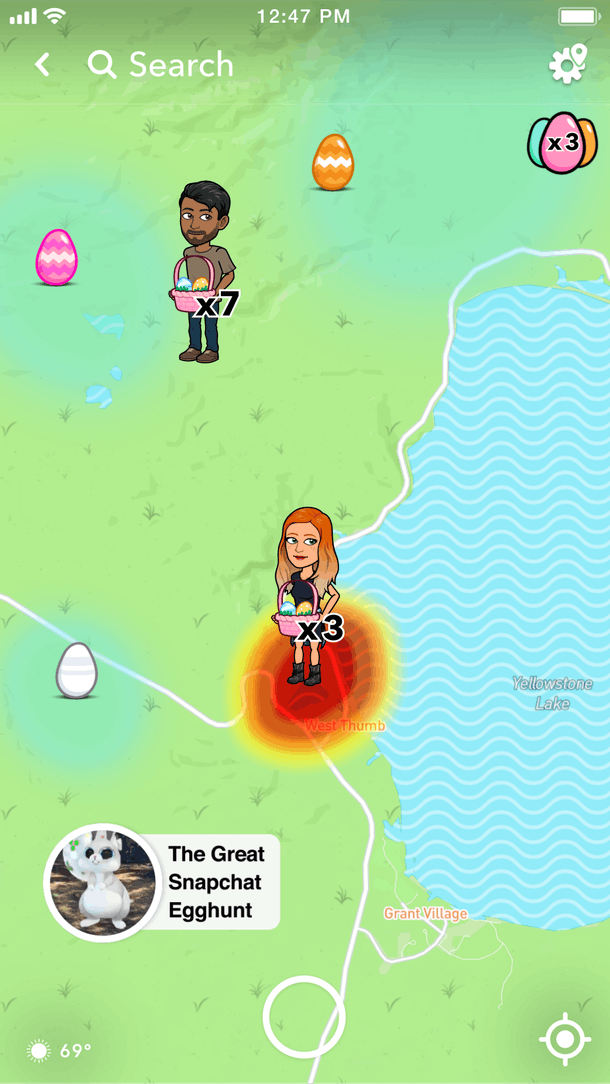 When you come across one of the eggs on the map in real life, you can tap on it in the Snap Map to open a 3D World Lens, according to Snap. It will use your rear-facing camera to collect the egg, which is then automatically added to your score. It’s not a race, per se — each person will be able to collect the same amount of eggs. All you want to do is collect more eggs than anyone else. Also keep in mind that most eggs will be valued at one point, while rare golden eggs will earn you five. You can see your score in the upper-right corner of your Snap Map, and it compares your the rest of your friends, as well as the rest of the world. Pretty neat, right?

While everything is basically the same as last year, one thing that’s slightly different about this year’s Snapchat Egg Hunt is the fact that there will be "chicks" on the map in addition to the eggs. If you find yourself anywhere near a chick, you will be able to unlock a special "Mini-Game Lens," according to The Sun. This will essentially give you the opportunity to gain even more points.

The results from last year’s Snapchat Egg Hunt were pretty stellar. Snapchatters collected a total of 59,692,012 eggs, with the most popular location being New York City’s one and only Time Square. Over 2 million eggs were collected in other top-scoring locations such as Los Angeles, Houston, and Chicago, which were followed by scores from Toronto and Dallas. Plus, a full 144,034 people collected more than 100 eggs in just a few days.

Honestly, I’m super impressed with last year’s scores, and I’m crossing my fingers that I’ll kick last year’s butt. Keep in mind, however, that it’s just a game, and while the game is important, spending time with family will always matter more. Anyway, good luck, everyone — and happy frolicking!