Britain's biggest CD, DVD and games chain said it will keep its 125 stores open while talks continue but 2,200 jobs remain at risk. 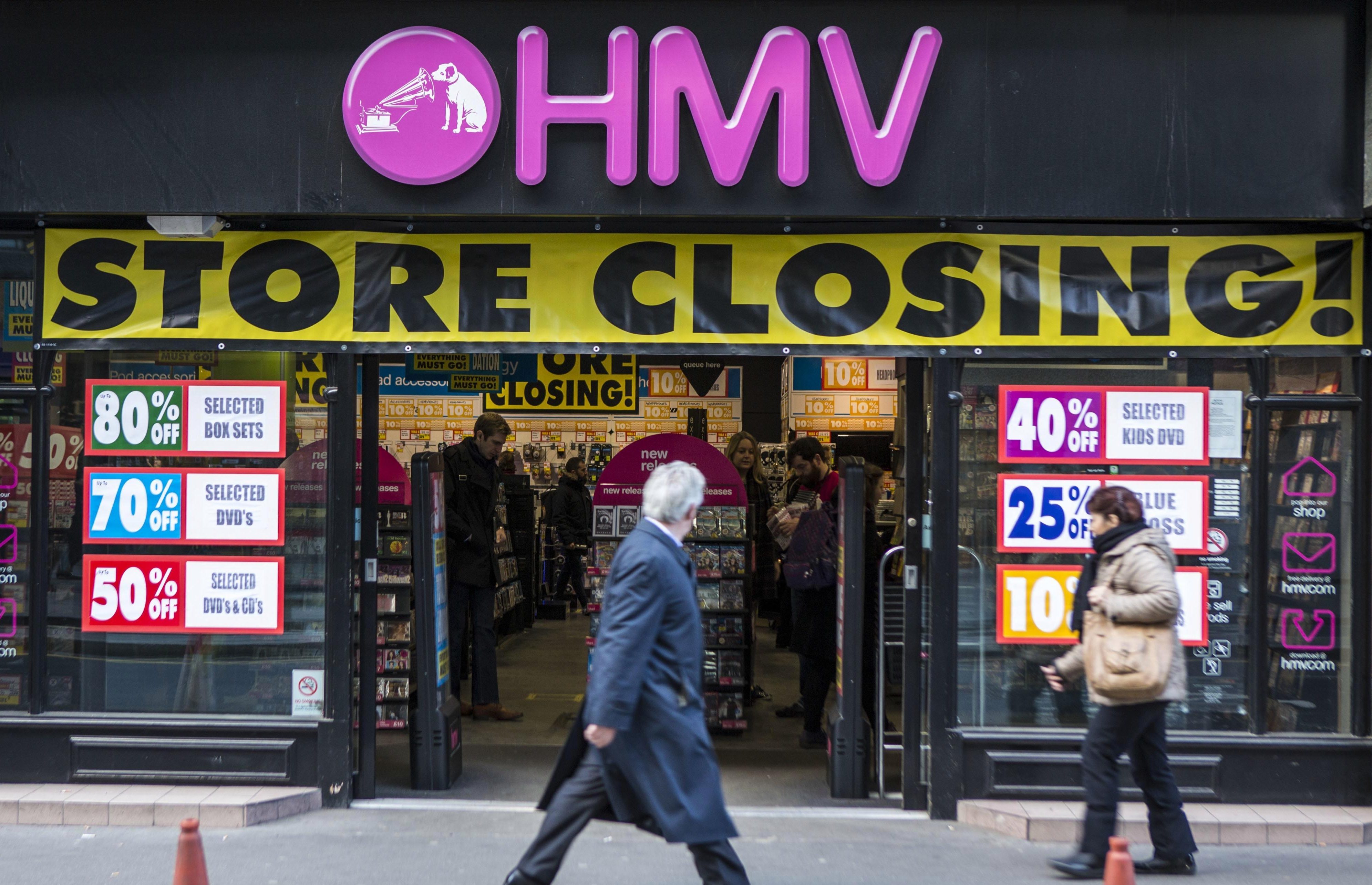 Sales were down by £23.6million in 2017 compared to the previous year, HMV's latest report published in October revealed.

The retailer – the first victim of the struggling high street after Christmas – was in last-ditch talks with high-profile figures in the music industry to try and avoid collapse, according to Sky News.

Alex Neill, Which? Managing Director of home products and services, said: "It’s a worrying time for everyone when a company goes into administration but for customers, it’s important to remember that your consumer rights may be affected.

"If you have recently bought anything from HMV, you may not be able to claim a refund or exchange the item if the company ceases trading. If you have gift vouchers you should try to spend these in-store as soon as possible."

Which shops have we lost from the high street in 2018?

While Conall McNally joked: "Anyone who bought a friend or family member a voucher for HMV for Christmas should really take a look at themselves."

HMV boss Paul McGowan told The Guardian a significant drop in CD and DVD sales had put the company under "impossible" pressure.

The music chain first fell into administration in 2013.

It was bought by Hilco, which also owns Homebase, and the company acquired HMV's £50million debt.

After it bought the company, it relaunched its website five years ago to focus on growing online sales.

In October, HMV overtook Amazon as the biggest seller of physical music and bosses said its website was also competing with the online giant for vinyl sales and mail orders, according to Music Week.

But the group also reported a 22 per cent slump in physical album sales this year, and its profits slipped by £7million.

Mr McGowan, the excutive chair of Hilco and HMV, said there had also been a 30 per cent drop in DVD sales compared to last year.

He also pointed to high business rates on the high street, which he said cost the business £15million every year.

He told The Guardian: "HMV has clearly not been insulated from the general malaise of the UK high street and has suffered the same challenges with business rates and other government-centric policies which have led to increased fixed costs in the business."

He added: "Even an exceptionally well-run and much-loved business such as HMV cannot withstand the tsunami of challenges facing UK retailers over the last 12 months on top of such a dramatic change in consumer behaviour in the entertainment market."

The collapse of HMV will be a blow to the music industry, which relies on the chain for sales of physical CDs, records, DVDs, and games.

It is the biggest entertainment retailer still on the high street, as companies lose sales to online giants such as Amazon and eBay.

Why is the high street struggling?

Recent analysis by the Labour party showed there are 100,000 fewer Brits working in the retail industry than there were in 2015.

Companies blame the rise of Amazon and other online shopping sites for driving footfall away from town centres.

Labour also points to price-gouging by town centre car parking firms, and to look into shops being left empty by landlords.

Meanwhile the Liberal Democrats want to abolish business rates and replace them with a tax on the value of land.

Influential Tories are calling on Chancellor Philip Hammond to fast-track a 3 per cent tax on the likes of Amazon, eBay and Google to “level the playing field” with UK business and help the high street.

Hilco is bringing in audit, tax and advisory firm KPMG to handle HMV's administration, according to the Daily Telegraph.

The first HMV shop opened in 1921, taking its name and logo from the famous painting His Master’s Voice, by Francis Barraud, showing a dog named Nipper sat, ear cocked, listening to a phonograph.

You can find your nearest branch using its store finder tool.

The news comes after almost 20,000 shops and restaurants closed their doors and 148,132 jobs were wiped out in the past year, end of year figures compiled by the Centre for Retail Research show.

There were also dire warnings over poor November trading, raising fears a sub-par Christmas could push more chains into distress.

It's not just the high street that's struggling as online stores, including Asos, TK Maxx and Boohoo.com, slashed prices in order to drum up business.

Meanwhile, Boxing Day sales are well underway, and we've rounded up the best bargains for you to snap up.

Aldi has also launched a winter sale with up to 50 per cent off.