Paula Barnes decided to check in on her little boys Jenson, 3, and Hunter, 2 after they had become unusually quiet. 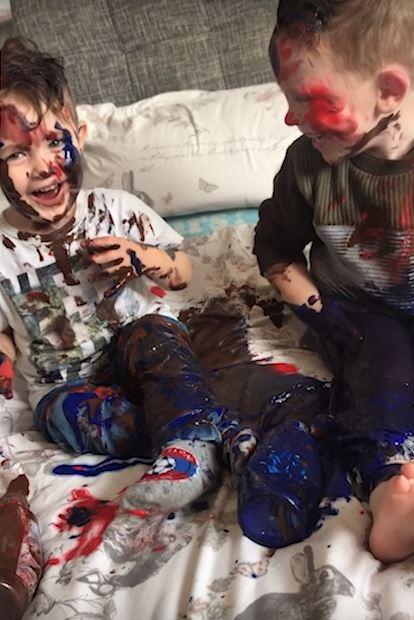 But she wasn’t ready for the sight she was met with – her two sons who were covered head-to-toe in paint sitting proudly on her bed.

Gobsmacked, she asked Jenson what they were doing, which saw a huge grin spread across his face as he triumphantly shouted: “Painting!”

When Paula asked the cheeky chaps why they thought it was ok to paint themselves, Jenson innocently replied: “Because we couldn’t find any paper”, as he continued to smear his legs with blue paint. 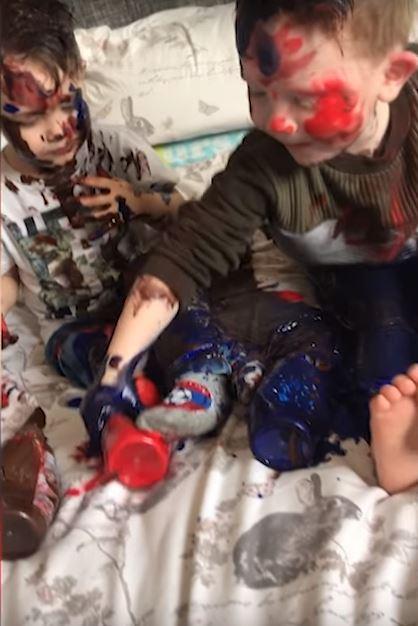 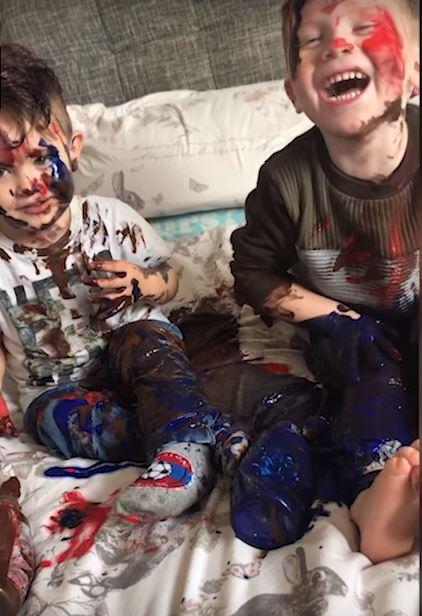 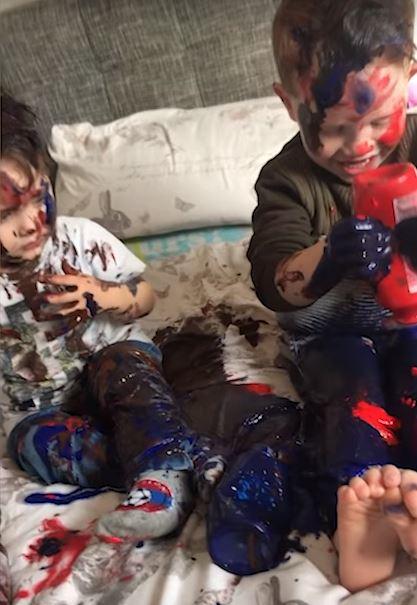 The mum-of-three who was filming the boys watched as chuckled away, adding more paint to the mess.

Hunter seemed to be slightly less enthusiastic about their mucky idea, he sat quietly and let his older brother do all the talking.

She then said: “Look at you, look at my bed! Who is going to clean all this up?”

MOST READ IN NEWS

Paula eventually took the bottle away and told the boys they have been naughty, which prompted yet another cheeky grin from Hunter and a laugh from his older brother – who agrees that he has indeed been naughty.

She said: “silence is bliss until you have toddlers.”