You’re not scaring anyone! From an adorable Belle and her Beast pug to a mini President Trump and Melania – the Halloween costumes that prove cute IS better than creepy

With just days to go until Halloween, devotees everywhere are putting the finishing touches to their costumes and while some stick to the traditionally terrifying, others have taken a softer approach.

People from all over the world have shared their incredible Halloween costumes in a gallery compiled by Bored Panda, including a little girl and her pug representing Beauty and the Beast.

And their very wholesome efforts prove that you can win Halloween with cuteness rather than fake blood and scary masks.

Others injected humour into their efforts, including the group of friends who brought the distracted boyfriend meme to life and a man who made it look like he was being carried in a baby sling by the Duke of Cambridge.

Read on for some last-minute inspiration that will have you ditching the zombie outfit for something much sweeter. 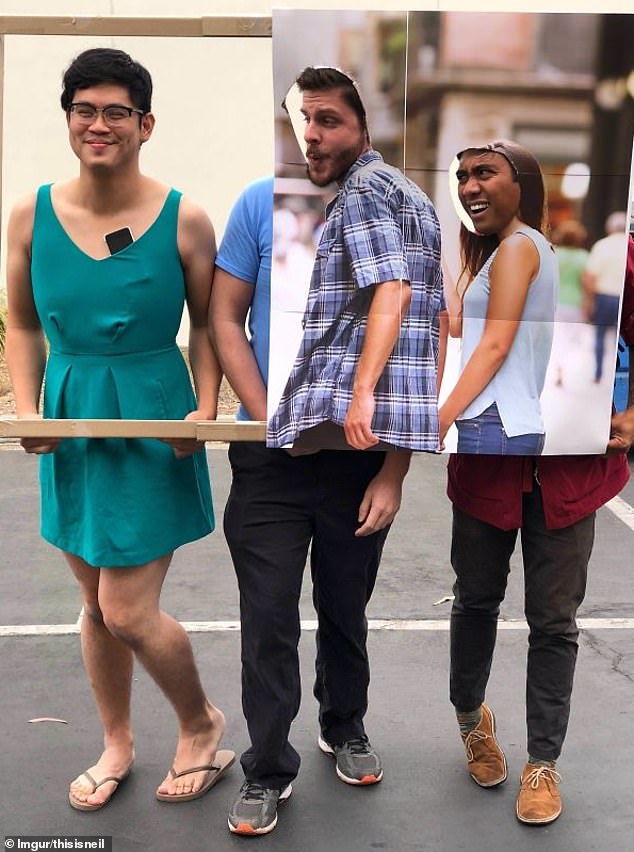 People from all over the world have shared their incredible Halloween costumes in a gallery compiled by Bored Panda. Pictured: A group of male friends Bring the Distracted Boyfriend Meme to life. Posted by Imgur user ThisIsNeil, who appears to be from the US 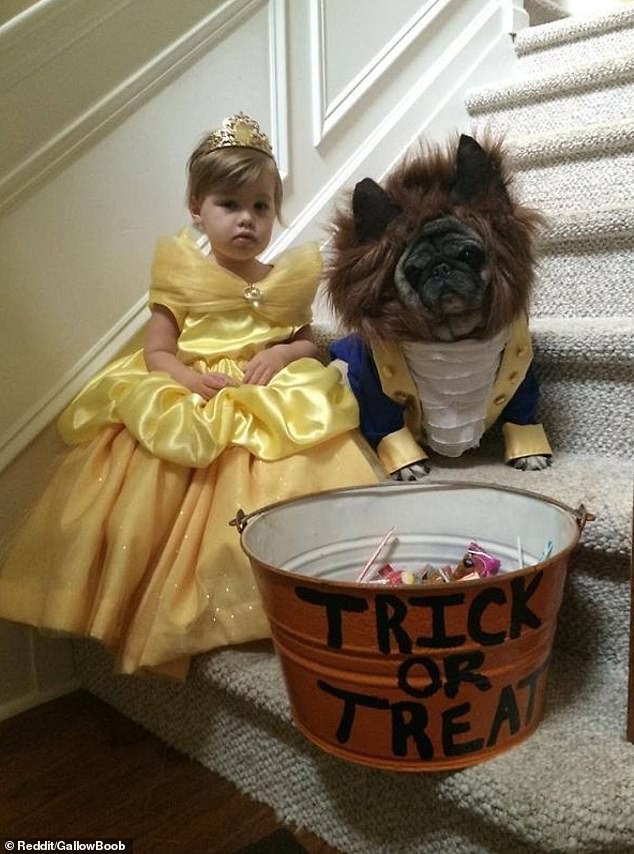 Tale as old as time! This little girl dressed up like Belle from Beauty and The Beast, while her pet pug played the role of Beast. Posted by UK-based Reddit user GallowBoob 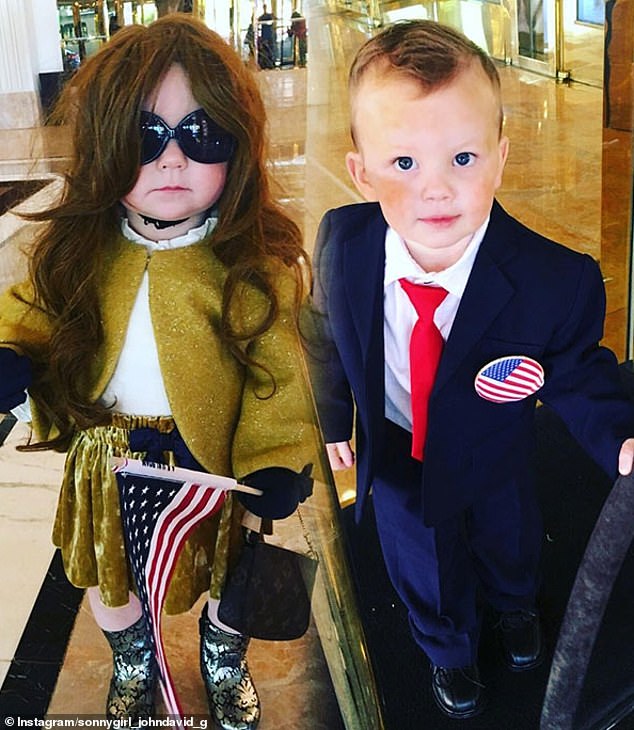 Commander in cute! These adorable siblings dressed up as President Trump and First Lady Melania. Posted by Instagram user sonnygirl_johndavid_g from Arizona 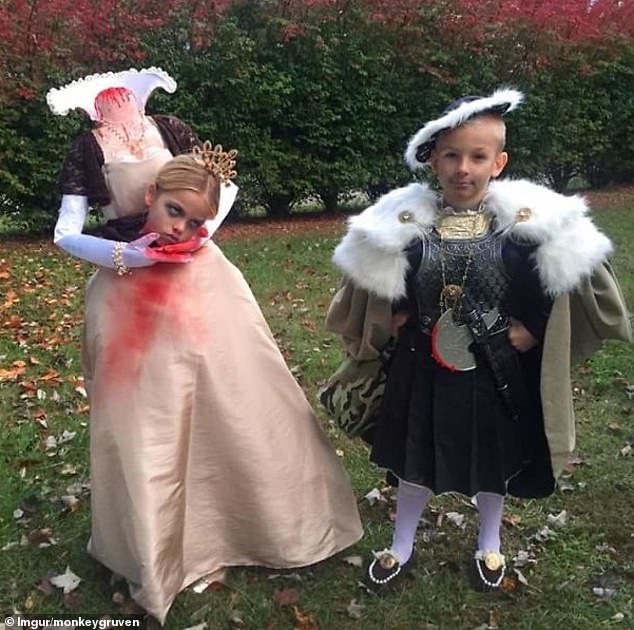 Off with her head! These British children were transformed into Henry VIII and Queen Anne Boleyn, who lost her head. Posted by UK Imgur user monkeygruven 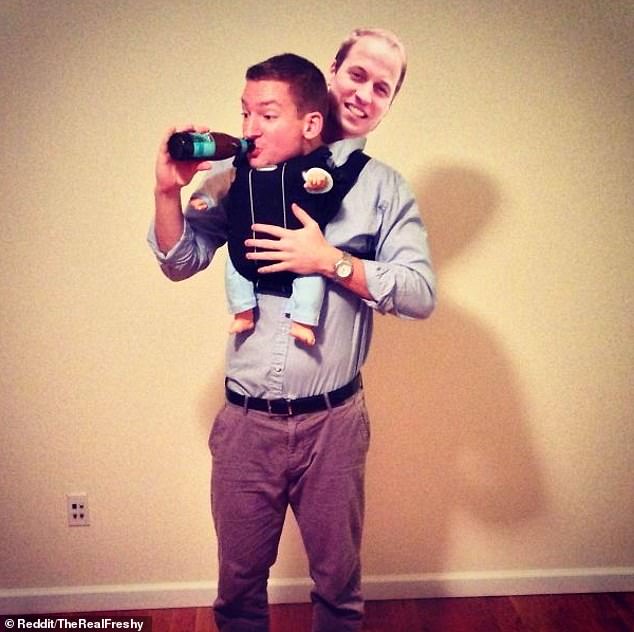 Royally good! This man dressed as a royal baby being carried by the Duke of Cambridge in a clever trick of the eye. Posted by US Reddit user TheRealFreshy 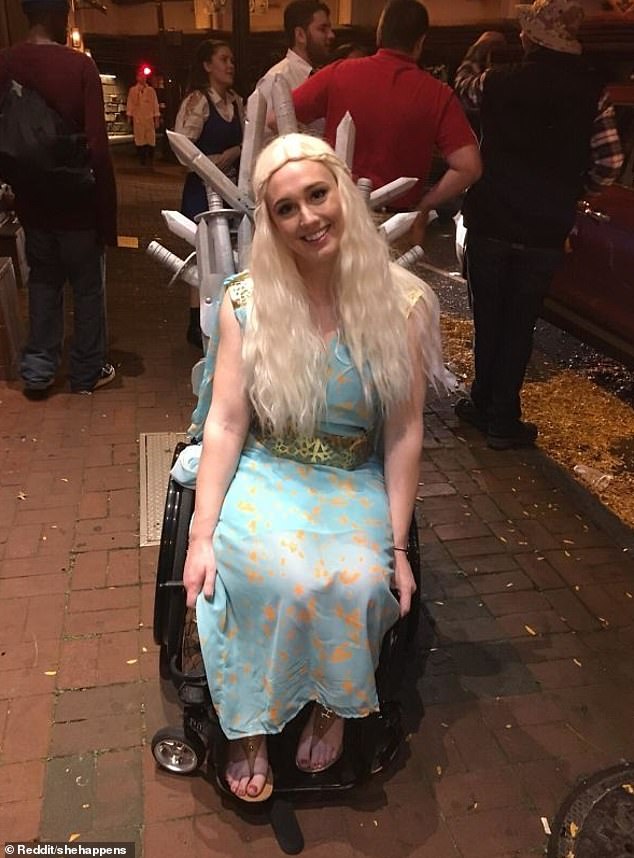 Mother of Dragons! This wheelchair user dressed as Daenerys Targaryen from Game of Thrones and transformed her chair into the Iron Throne. Posted by US-based Reddit user shehappens 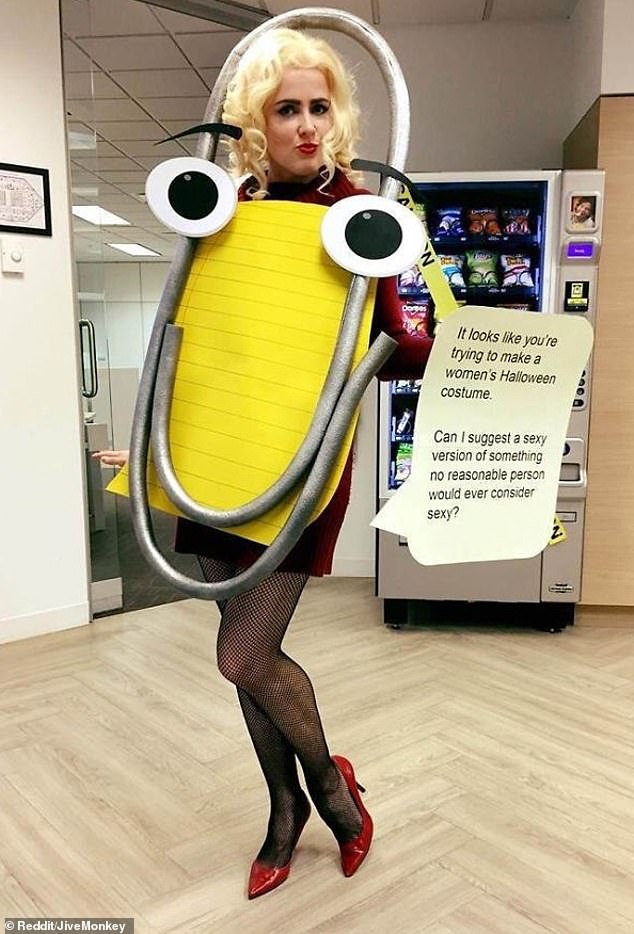 Throwback! This woman dressed as the ever unpopular Microsoft Office assistant Clippy, but went as a sexy version of the character. Posted by US Redditor JiveMonkey 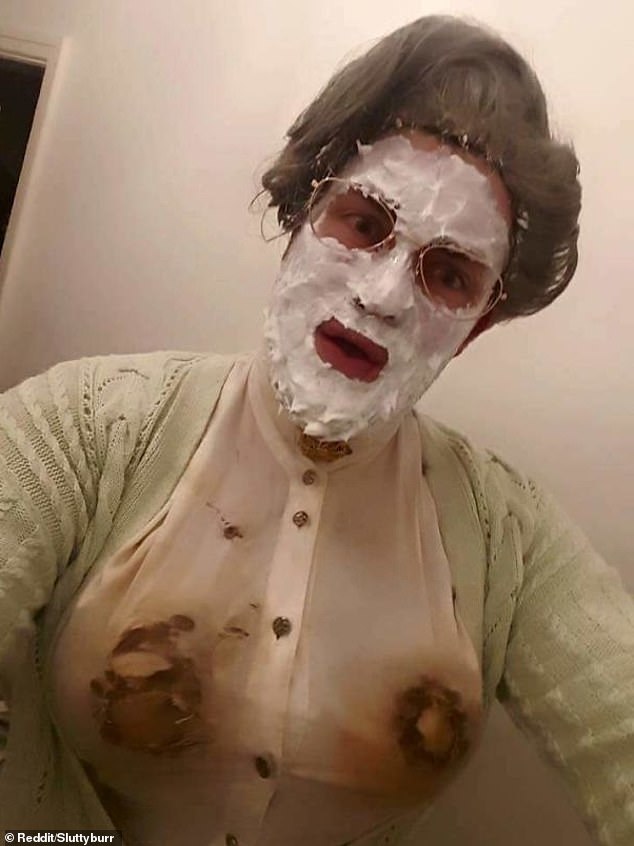 Helloooo Halloween! This man dressed as Mrs Doubtfire during the iconic scene with a social worker when things went horribly wrong. Posted by US Reddit user Sluttyburr 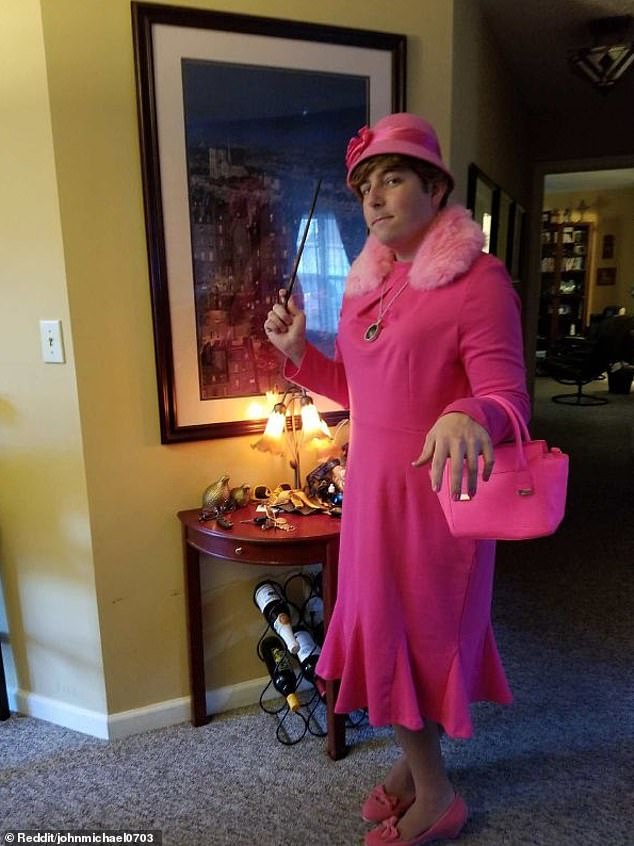 Magic! This man dressed up as the terrifying Delores Umbridge from the Harry Potter series. Posted by Reddit user johnmichael0703, who appears to be from the US 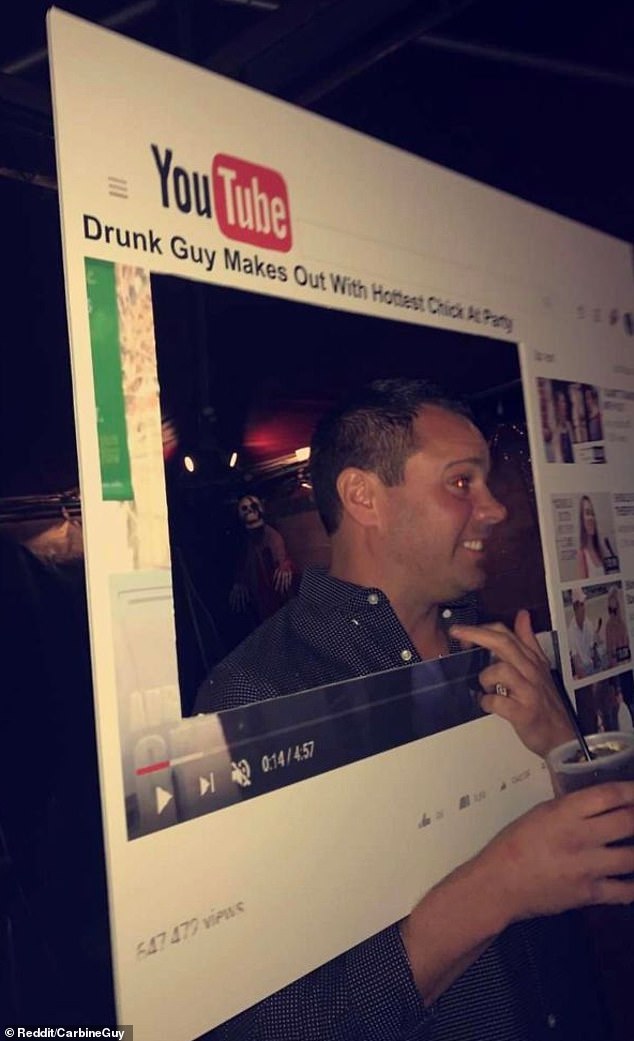 Boys on film! This man made himself look like a YouTube video in an attempt to get himself a kiss from a woman at the party he attended. Posted by Reddit user CarbineGuy, who appears to be from the US 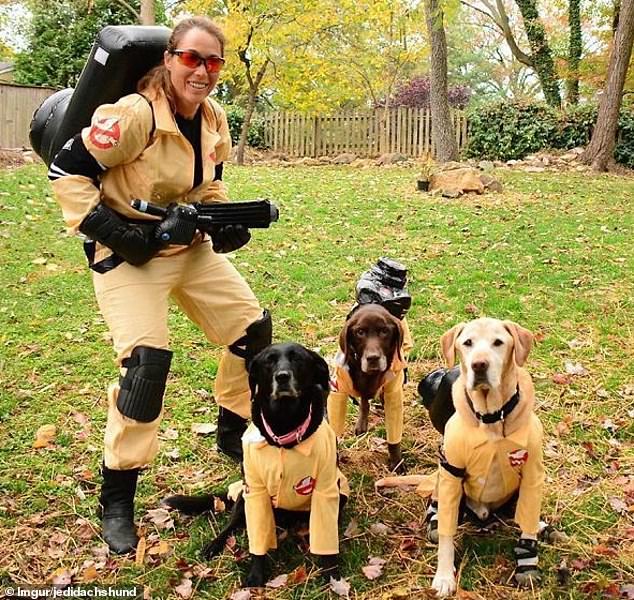 Who you gonna call? This woman and her three dogs dressed up as the Ghostbusters team. Posted by US Imgur user jedidachshund 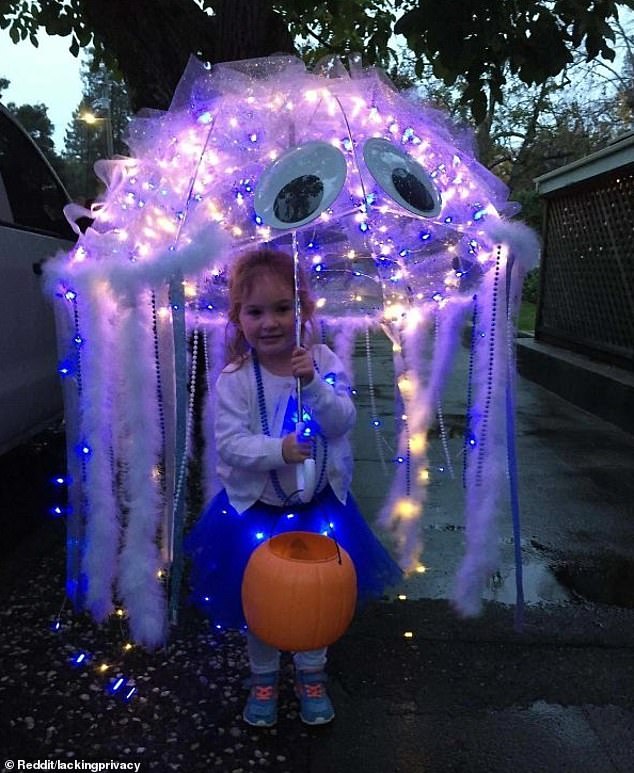 Cutest costume award! This little girl was transformed into a jellyfish thanks to an umbrella and some fairy lights. Posted by US based Reddit user lackingprivacy 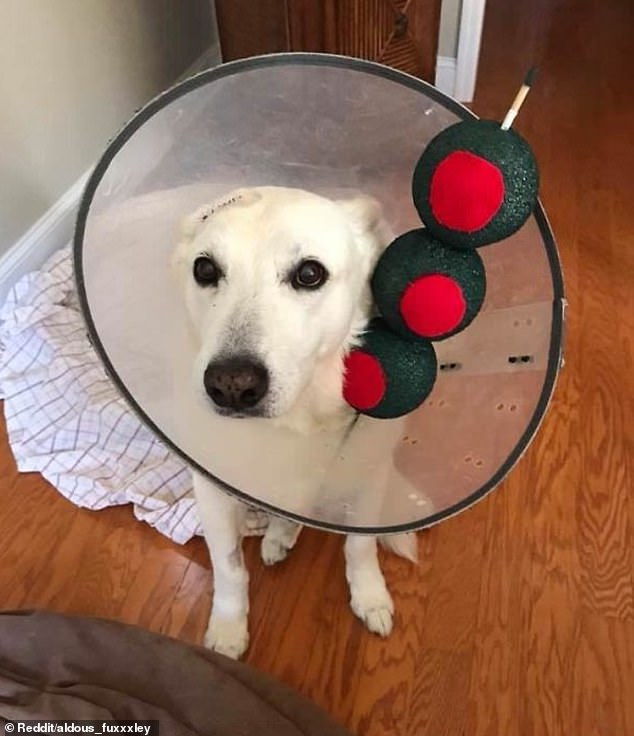 Cone of shame! This sad looking pooch’s cone was transformed into a martini glass thanks to the addition of some olives. Shared by Reddit user aldous_fuxxxley from South Carolina 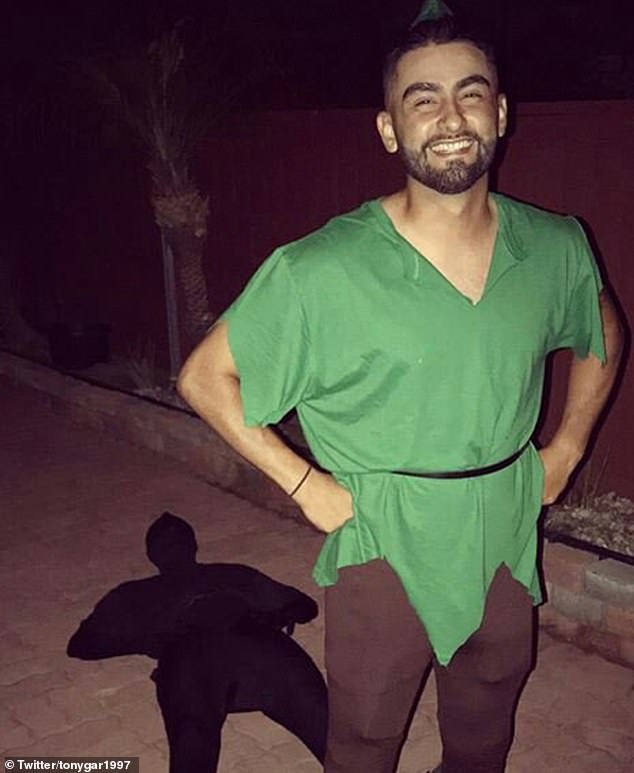 The boy who never grew up! This man dressed up as Peter Pan, while his friend was dressed head to toe in black to look like his shadow 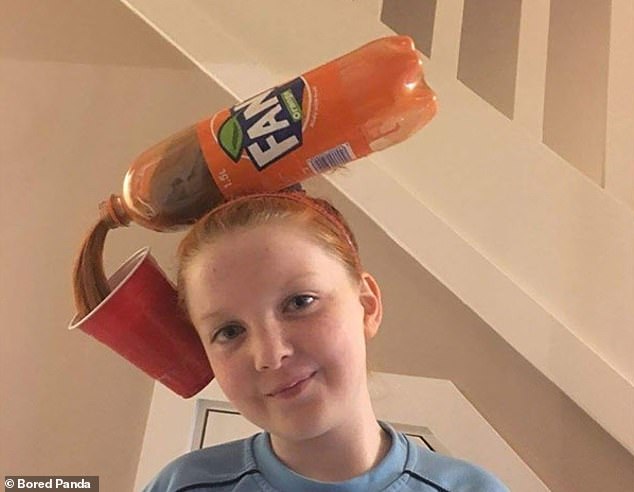 Fanta-tastic! This little girl  from an unknown location fashioned her red hair into a bottle of Fanta to make it look like part of the fizzy drink