For five decades American actor-turned-entrepreneur Christopher Knight has lived with his twin; a fictional little boy named Peter Brady, whose dimpled smile and cheesy Bogart impersonation have never grown old thanks to the magic of television. 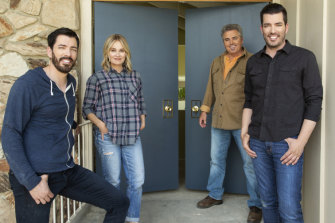 But it was not until a trip to Australia in 1992, when Knight had consciously broken away from Hollywood and disconnected from the entertainment industry, that he had his reckoning with the fictional Peter Brady.

"I was going to a place there I thought people would not recognise me and I was not in the country five minutes and I was embraced as a brother," he says. "I'd never been to Australia, I was half a world away from home and there was a sort of loneliness, a feeling of how big the world is and then suddenly the world gets very small."

At the time so-called "Bradymania" was simmering thanks in part to a stage parody titled The Real Live Brady Bunch which was premiering in Sydney, by co-incidence, the same weekend. "What's the chance of that? I had to take it as a sign," Knight says. "I'd avoided seeing it in the States, I thought that was the last place in the world I wanted to be.

"I went and all I felt was this outpouring of love and I'm thinking, I'm trying to run away from this thing which is going to be in the room longer than I'm alive," the now 61-year-old entrepreneur says. "It's in the room before I get there. It's me. I can't distance me, I can't divorce me of me and all of it presents as love and camaraderie. And it was me that was preventing that from being accepted." 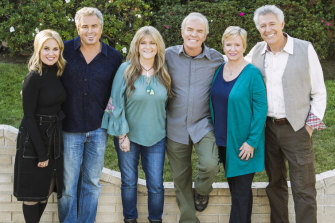 You might think five decades after The Brady Bunch premiered the now-very-adult Brady kids might have found some peace and quiet, but no. Bradymania has had an inexplicable rebirth in A Very Brady Renovation, a US reality-renovation series which came about after the house which was used as the exterior of the family's 1970s-era home in Los Angeles came up for sale.

It is the same house, if you recall the theme song, that that lovely lady Carol and this lovely fellow Mike, who was busy with three boys of his own, moved into after their marriage. Six kids, one dog (Tiger), one cat (Fluffy, who was never seen nor heard of again after the first episode) and housekeper Alice.

The cast never actually filmed at the real house – the television "house" was actually a series of three-walled sets on Paramount's Soundstage 5 – but that didn't stop the HGTV channel securing it after a nostalgia-fuelled auction for the astonishing price tag of $US3.5 million.

They then asked the six original Brady kids – Knight, Barry Williams (Greg), Maureen McCormick (Marcia), Eve Plumb (Jan), Mike Lookinland (Bobby) and Susan Olsen (Cindy) – if they would restore it to its pristine Brady glory; complete with its cracked vase, marble horse sculpture and the Kitty-Karry-All doll on Cindy's bed. 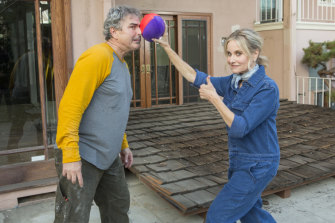 All six have described the experience as a positive one, partly because it is one of the few post-Brady projects to feature all six in decades – The Variety Hour had a fake Jan, and A Very Brady Christmas a fake Cindy – and also because they all acknowledged that there was an unexpected alchemy which sparked when the project got underway.

"There is an odd feeling sometimes when you're on a project and it's like lightning in a bottle," Knight says. "It was a great stroke of genius to allow for the opportunity and expense, buying a house sight unseen and then backing into figuring out how to make it into a television show. They had no clue of any of that."

The channel was also "stumbling into a cast that has a long history," Knight says. "In 50 years there has never been a reunion that had everybody; about 15 years ago we got together to reminisce about the show but it wasn't a show format, and maybe neither is this. And that I think is one of the things that allowed it to be a much more positive experience." 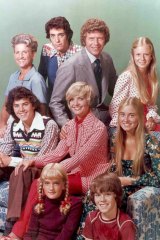 The way we were: the Brady family from the original Brady Bunch series.Credit:CBS

Each of the Brady kids has dealt with the show's fame in different ways, Knight says. "[Eve] has had a much harder time than some of us in trying to relive that role, for whatever reason, we're all different and she approaches it her way and she has a right to. I know Susan has a difficult time with her character [but] I have never felt the need to back away.

"All of us, these characters are us," Knight adds matter-of-factly. "They might not have started that way. They were scripted as Greg, Peter, Bobby, Marcia, Jan and Cindy, but by the second year [of The Brady Bunch] they were writing Barry, Chris, Mike, Maureen, Eve and even Susan. The things they felt about us were imbued in the writing. So over time they became us.

"I didn't feel any hardship at all because it truly was me, Peter was an outgrowth of me," Knight adds.

Filming on the renovation series was particularly poignant, Knight says, because the siblings on-screen parents Mike and Carol, and housekeeper Alice have all passed away. Robert Reed, who played Mike, died in 1992. Ann B. Davis, who played Alice, died in 2014 and Florence Henderson, who played Carol, died in 2016.

And yet, Knight says, their presence was very deeply felt on the series, in part because they were rebuilding their childhood home. 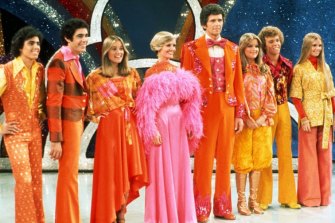 "I felt [their presence] greatly," Knight says. "They were in every room and this Brady house, if you will, was a fantasy and a place that we used to work, it didn't exist. When we recreated the house we created it to a level of detail that really is surreal, that it's hard not to respond to. Now it's real. It's not just a memory any more.

"But there are three components missing because never in that world in a real sense were [Robert, Florence and Ann] not there," Knight adds, "And though they're not there your mind is putting them there. So there's a feeling that they are participating, even though they're not.

"It's a funny place between fantasy and reality that this presented," Knight adds, "Because it really did; it transcends fantasy into reality."

Knight accepts that he and Peter Brady will never be apart. Trying to understand that kind of fame is perhaps not unlike asking a painting in a museum what it feels like after decades of watching a stream of passers-by who all stop and stare. 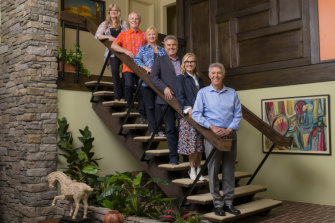 The more things change … the Bradys today, in the renovated living room of the HGTV house.Credit:HGTV

"I'm a curious enough personality that I take it as an advantage," Knight says. "I get to learn so much about people because I just have to sit there and I witness the world coming to me in all shapes and colours, and in all its differences. It's kind of a unique place to be if you're interested in seeing what's around you.

"There is this thing of being a Brady; there's a reaction that people have to it and that have had to it for 50 years," Knight adds. "And it grows more relevant as times grow bleaker. We're kind of under a cloud right now and that's exactly the kind of time it was when we were produced. People might think that back then when they produced The Brady Bunch it was a more innocent, loving time. [Even at the time] it was an aspirational show.

"There are families that come out of the woodwork and say, you were just like my family. But many people also said, I was an only child, I was a latchkey kid, you were my family. And it worked in both instances," Knight says.

"There's something about children and that place to be and who you are in the lattice of family and what you learn then is what you'll then use the rest of your life fitting in elsewhere, outside of the four walls of the home."