So, you’ve been exchanging messages back and forth with a match on a dating app. Each time your phone lights up with a new message from them, you feel butterflies in your stomach. They’re cute, have similar interests as you, and you’re pleased to know you can hold a conversation with them. But… you want to actually meet in person. It’s hard to know what to say to get someone to ask you out. It’s so easy to get stumped when it comes to figuring out how to hint that you want to go on a date.

For guidance, I chatted with Meredith Golden, a dating coach and dating app expert. She had some great advice about how to nudge someone in the right direction and how to know if they’re probably interested in going on a date with you.

Golden notes that the process of moving from a dating app convo to an IRL date can be super challenging. She said that this actually is one of the biggest reasons clients hire her as a dating coach. "This is a very common question, and it’s very frustrating when a client can’t convert a chat into an actual date," she says. 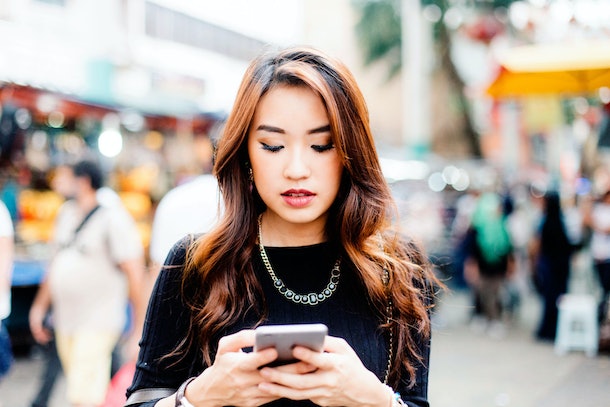 So, what can you say to get someone to ask you out? "You can give the nudge," Golden says. "Here’s how this works: answer the last question that was asked, then say something like the following."

"If they aren’t asking you to meet after this, they may not be interested," says Golden. This is a great way to know if someone is looking to meet you, and if they aren’t — moving on to a different match is totally OK! If you try this tip and realize that the match you’ve been talking to isn’t interested in a date, it’s also OK to be disappointed.

So why can it be so difficult to transition a dating app conversation into an in-person conversation? "First of all," Golden explains, "Not everyone on the apps actually is using the apps to meet someone," says Golden. "Tons of people use the app for an ego hit or a fun activity during the day." This could be disappointing news if you’re anxiously awaiting a date offer, but it can also be reassuring information. If the person you’ve been talking to isn’t looking to plan dates, it’s definitely an "it’s them, and not you" situation. 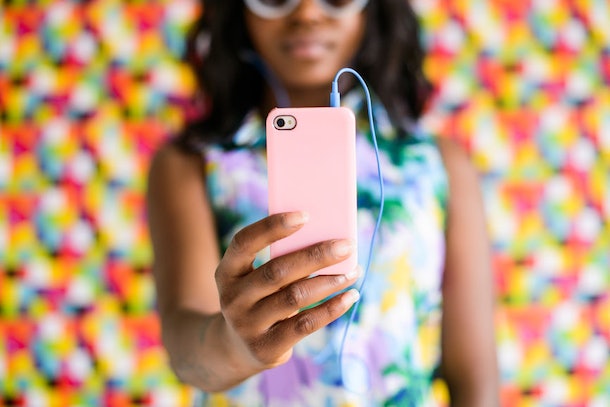 "Another reason is that people get busy and the conversations lose momentum. Once it flatlines, it’s hard to resurrect [the spark]," says Golden. Life is super hectic and even if someone is crushing super hard on you — you never know what else is going on with them. Their lack of response could be totally related to stuff going on in their life and not about a lack of interest.

According to data from Tinder, 95 percent of matches are most likely to meet between two and seven days after matching. Getting to know your crush at least a little bit is a great idea so that you know you have a little bit in common. Waiting longer, though, can mean things fizzle out. Trying Golden’s suggested line could just do the trick and you could have a date with your crush before you know it.

Hopefully, this line works when it comes to trying to get your crush match to ask you out. And, if it doesn’t, you could always try asking them out. Maybe that’s what they’ve been waiting for all along.