LONDON (Reuters) – Fresh meat was selling like hot cakes at Smithfield Market’s Christmas Eve public auction on Monday, with auctioneers running up and down makeshift catwalks and handing over turkeys and huge cuts of beef and pork in return for 20-pound notes. 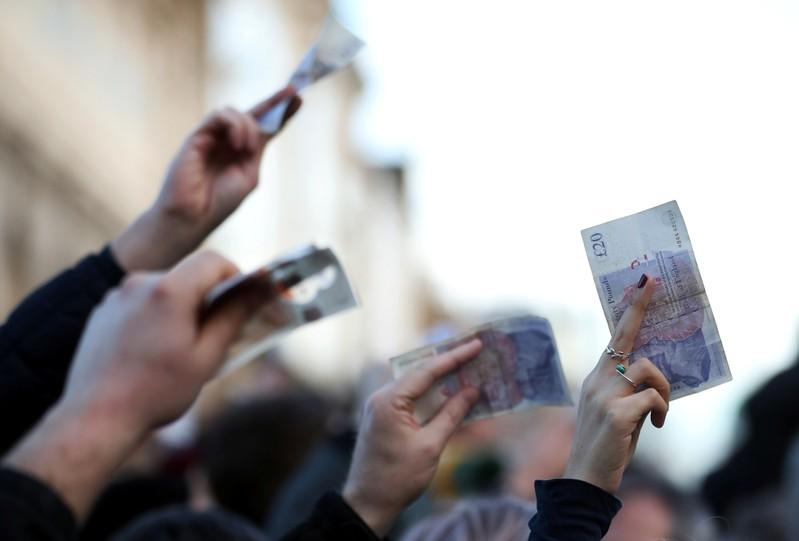 The auction began around 150 years ago as a way for traders to get rid of their leftover produce at the end of the year.

More recently it has morphed into a popular annual event, with members of the public snapping up premium cuts of meat that would otherwise be bought by the city’s top hotels and restaurants.

“This is a jewel in the City of London, it doesn’t happen anywhere else in the UK now, and we hope to carry it on in the foreseeable future,” said Smithfield Market Tenants’ Association chairman Greg Lawrence, who has worked at the market since he was 16 years old.

“They’d be saving 50, 60 percent off buying at this auction compared with if they’re going to buy it out in supermarkets,” he said.

Buyers Anne Oyewole and her brother Gabriel from London said they came for the atmosphere as much as for the cheap meat.

“The auctioneer and, you know, all the other people who were helping to feed all the meat through – it’s just great fun and it’s really entertaining,” said Anne.

“It’s a lot better then going to Tesco,” said Gabriel, referring to the supermarket chain.

Another buyer from London, John Sprange, went away a happy customer: “I got a lovely lump of rump of beef, 20 quid (pounds) – magic!”

At the end of the auction, Lawrence gives the remaining buyers a chance to win a steak if they can guess heads or tails correctly as he tosses a coin.

“Heads – it’s yours!” he shouts to applause from the crowd.