Cardinal Daniel DiNardo is president of the U.S. Conference of Catholic Bishops, making him one of the most powerful Catholic officials in the country. He has also been one of the most vocal critics of the church’s handling of its sex abuse scandal.

But this summer, Rev. Manuel La Rosa-Lopez, a priest whom DiNardo had promoted, was arrested for allegedly molesting two children. DiNardo, the archbishop of Galveston-Houston since 2006, has vowed to release by January a list of all the priests in Houston who have been, in the church’s judgment, “credibly accused” of sexually abusing a child.

Now, a CBS News investigation has uncovered a lack of action by DiNardo in handling sex abuse allegations in his own archdiocese.

John LaBonte said Rev. John Keller molested him when he was 16 years old. He said DiNardo has allowed Keller to continue presiding over one of the largest Catholic churches in Houston.

“I shrank. I was like, I’m not here. I left my body. They say there’s the flight and fright. Well, I was frozen,” LaBonte said. 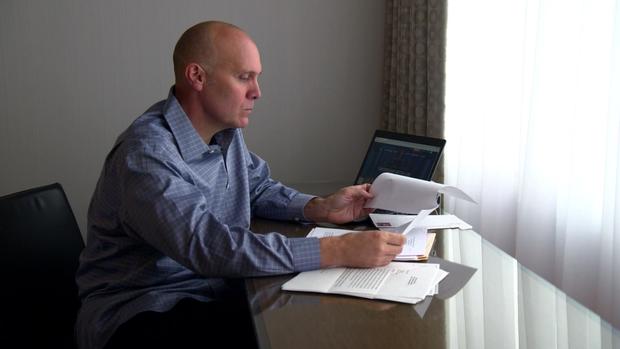 He said he felt it was his “duty as a Catholic” to speak out about his experience. He brought his allegations to the archdiocese in 2002. He said he told them that Keller plied him with alcohol and fondled him in his bed on an overnight trip.

A letter from the archdiocese said Keller acknowledged “holding [LaBonte] in a manner inappropriate for a priest,” but “[denied] any sexual intent.” Ultimately, the church “could not conclude that” what happened “constituted sexual abuse.”

“If he knows, then he’s a liar and it makes me angry. And if he doesn’t know, then he’s a bad administrator and he needs to know,” LaBonte said.

CBS News looked over court records, turning up graphic allegations against a second active priest in Houston. In a sworn affidavit, a victim accused Rev. Terence Brinkman of “wearing his priest collar as he sodomized me” as a 12-year-old in the 1970s. Attorneys for DiNardo’s archdiocese argued that the statute of limitations had passed and the case was thrown out of court.

Today, Brinkman is a priest at St. John the Evangelist.

In a statement, Brinkman denied any involvement: “I cannot tell you that these events did not take place… but I was not the person who did them to him.” The archdiocese said the victim “provided a physical description that does not match Father Brinkman.” 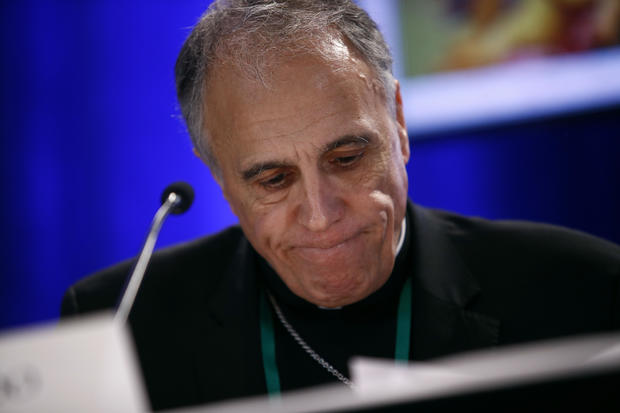 Cardinal Daniel DiNardo of the Archdiocese of Galveston-Houston, president of the United States Conference of Catholic Bishops, prepares for a news conference during the USCCB’s annual fall meeting, Monday, Nov. 12, 2018, in Baltimore.

CBS News spent three months asking for a formal interview with DiNardo. He never made himself available, so we caught up with him in the hallway during the U.S. Conference of Catholic Bishops in Baltimore last week, and asked if he was aware there were two priests with credible sexual abuse allegations in active ministry.

“It depends what names you’re talking about,” he said.

When he was told the allegations are against Keller and Brinkman, DiNardo replied: “That’s not a credible one. And Terry [Brinkman] was never credible.”

As for his list of credibly accused priests he said he will release in January, DiNardo said, “We’re working on the list.”

CBS News has spoken with more than 20 people with knowledge of allegations made against priests in the archdiocese of Galveston-Houston. Not one has been contacted by church authorities or investigators.

When DiNardo releases his list of credibly accused priests, LaBonte will be watching for one name in particular: John Keller. But he said he doesn’t think he will see Keller’s name there, which is why he said he wants DiNardo to do all he can.

Last month, the Department of Justice in Washington requested DiNardo and every one of the 264 Catholic dioceses across the country to preserve their private, internal documents as a federal investigation into the Catholic Church appears to be getting underway. In his statement to CBS News, DiNardo said, “The church will cooperate fully with any investigation… [While] the church has made important strides in addressing this evil we can, and will, do better.”