Always Johnny – never just John – Depp works a lot with Tim Burton. Has a thing for Keith Richards and Hunter S. Thompson. Did a cologne ad in the desert.

Having famously gone out with Winona Ryder, Kate Moss and Vanessa Paradis, he married Amber Heard. And when he shot the fifth Pirates movie on the Gold Coast, he had a run-in with then Agriculture Minister Barnaby Joyce about bringing the couple's dogs to Australia.

But a British court case took Depp's life in a decidedly darker direction this week.

How did it get to this?

After jumping from teen idol in 21 Jump Street to movie star in Edward Sciss]orhands, Depp became an endearingly cool B-lister who favoured edgy roles in the likes of Benny & Joon, Ed Wood and Fear And Loathing In Las Vegas.

With the first hugely successful Pirates movie in 2003, he became one of Hollywood's biggest and most beloved stars. Unlike other A-listers, he seemed to steer clear of tabloid scandals, offensive outbursts, drink-driving incidents, Scientology connections and tacky flings.

Within a couple of years, Depp was up to his third Oscar nomination – for the first Pirates, Finding Neverland and Sweeney Todd – maintaining artistic credibility alongside commercial success.

Some of Depp's movie choices started going badly. In amongst his successes – two Fantastic Beasts movies, Alice Through The Looking Glass and Murder On The Orient Express as well as acclaim for Black Mass – there were box office duds in Mortdecai, The Professor and City of Lies. The Lone Ranger was a disaster, with Disney expecting to lose up to $US190 million. 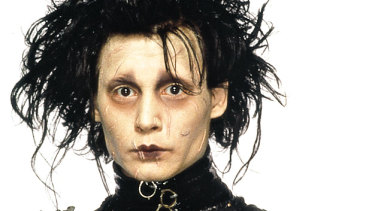 The role that established him as a movie star: Johnny Depp in Edward Scissorhands.Credit:Twentieth Century Fox

And Depp's private life began making the news for the wrong reasons.

In 2015, after Joyce gave the couple a verbal lashing for bringing Pistol and Boo into the country during filming of Pirates of the Caribbean: Dead Men Tell No Tales, Depp and Heard made a widely-derided video in which they apologised and talked about the importance of biosecurity laws.

The couple divorced after being married 15 months in 2017.

The following year, Depp sued his former business management company, seeking $US25 million in damages for negligence and mismanagement. In a counterclaim, the company said he repeatedly ignored warnings that his $US2 million-a-month lifestyle, including buying and maintaining 14 residences and spending $US30,000 a month on wine, was not sustainable.

Two former bodyguards sued Depp for unpaid wages and unsafe working conditions, citing his drug use. A location manager sued him for an alleged assault on a film set. 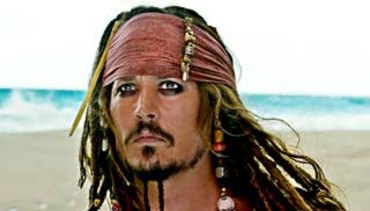 Johnny Depp as Captain Jack Sparrow in Pirates of the Caribbean. Credit:Disney

Then Depp made the ill-advised decision to sue British newspaper The Sun and executive editor Dan Wootton over a 2018 article that called him a wife-beater and asserted he had been violent towards Heard.

During a three-week hearing at London's High Court, Depp, 57, and Heard, 34, gave sometimes lurid evidence about their tempestuous relationship that alleged domestic abuse, drug-taking and affairs.

Depp told the court he was never violent towards his ex-wife, that she was lying and that she had often attacked him, including a claim – rejected by the judge – that he lost the tip of a finger when she threw a vodka bottle at him during an explosive argument at a mansion on the Gold Coast.

Heard said Depp would turn into a jealous alter ego after bingeing on drugs and alcohol and often threatened to kill her. She detailed 14 instances of extreme violence – 12 found proven by the judge – in which he choked, punched, slapped, head-butted, throttled and kicked her. 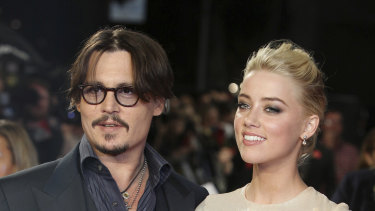 Before it all went bad: Johnny Depp and Amber Heard in 2011. Credit:AP

"The claimant has not succeeded in his action for libel," the judge said, noting that he accepted "that she was the victim of sustained and multiple assaults by Depp in Australia" and "that Mr Depp put her in fear of her life".

While Depp's lawyers called the judgment "perverse and bewildering" and flagged an appeal, the reputational damage has been done. As well as the case revealing his heavy drinking and drug use, the judge determined that Depp is a repeatedly violent wife beater.

There is serious doubt, just for a start, whether studios will let him continue in the Fantastic Beasts and Pirates franchises. And if Depp continues with a $US50 million defamation case against Heard over an article she wrote about being the victim of domestic abuse, the violence in his marriage will be raised again in a US court.

Sweeney Todd has cut his own throat. Gilbert Grape has gone sour. Donnie Brasco has gone down the brasco.