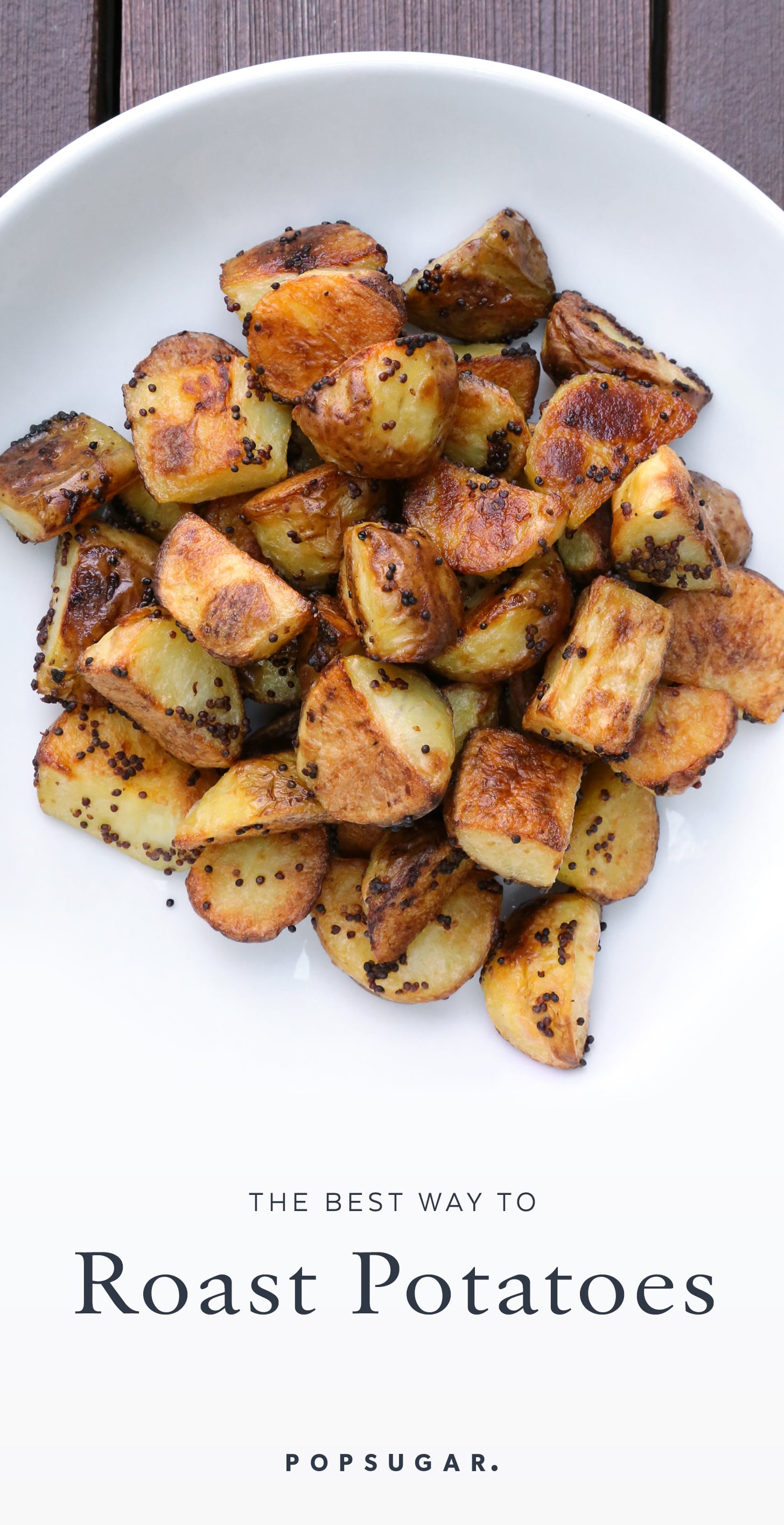 Toss potato chunks with olive oil and salt and roast at a high temperature and you’ll have a pretty good side; satisfying, but nothing to write home about. The problem: it’s tough to coax the potatoes to a perfect crisp-tender texture through this method. For potatoes to be both fluffy and tender inside and crisp and deeply browned outside, they need to be cooked twice. I could go into the science of it, but essentially, it’s the same idea as why french fries are cooked twice.

Here, instead of frying at a lower temperature (essentially poaching the spuds) and then frying at a high temperature to brown and crisp the outsides, the potato chunks are first parcooked in boiling, salted water, before tossing them in olive oil, salt, mustard, and black pepper and roasting on a preheated sheet pan. This one-two punch results in deeply brown potatoes that are perfectly cooked both inside and out. 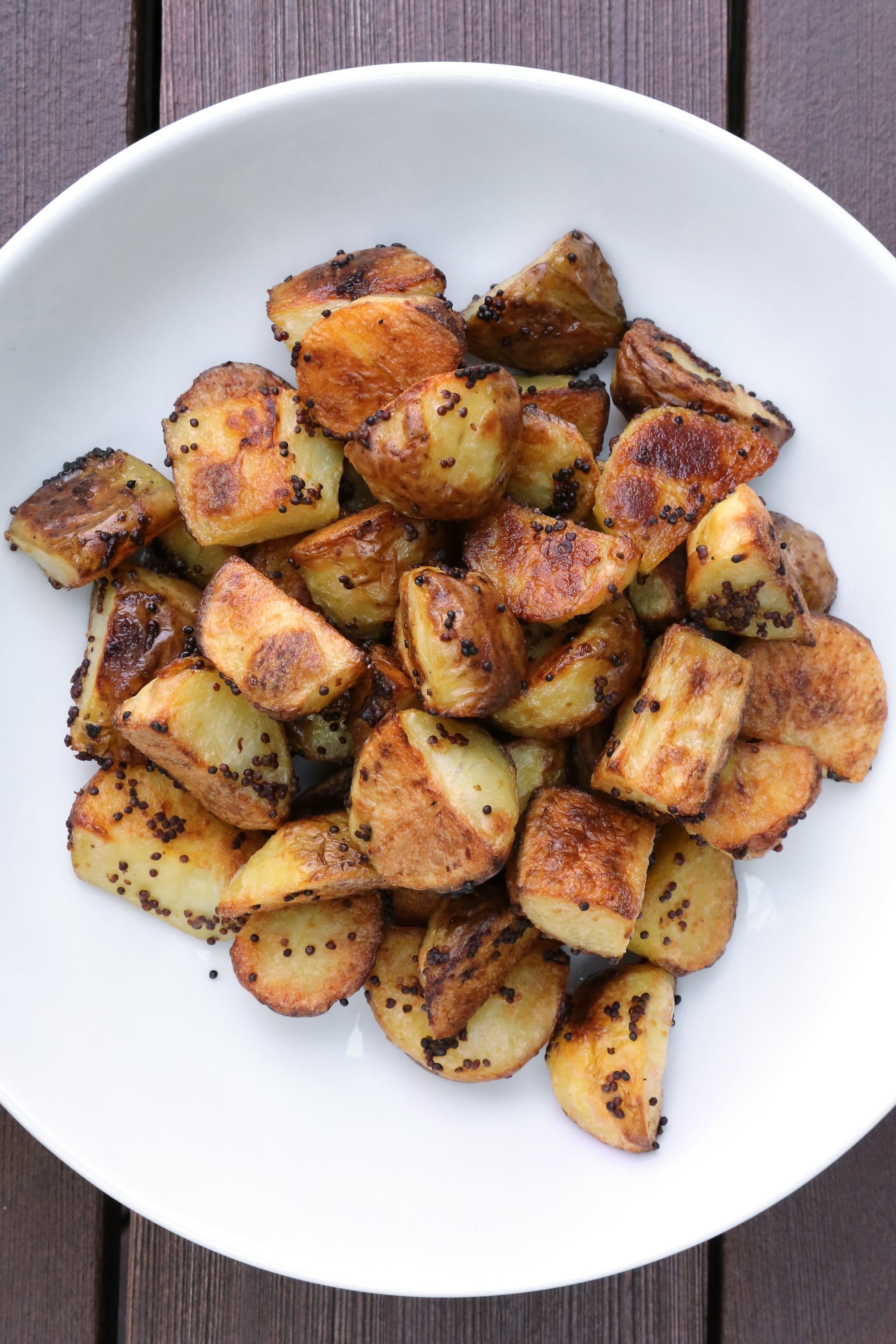