George Blake, a notorious British double agent who betrayed Cold War secrets and Western spies to the Soviet Union in the 1950s and, after being caught, staged a spectacular escape to live out his life as a K.G.B. colonel in Moscow, has died. He was 98.

The Kremlin confirmed his death on Saturday but provided no further details.

“Colonel Blake was a brilliant professional of a special kind and courage,” President Vladimir V. Putin of Russia said in a statement. “In the years of his difficult and intense service, he made a truly invaluable contribution to ensuring strategic parity and preserving peace on the planet.”

Like the Cambridge-educated moles Kim Philby, Guy Burgess and Donald Maclean, Mr. Blake became a dedicated Marxist, disillusioned with the West, and a high British intelligence officer while secretly working for the Soviets. His clandestine life had lasted less than a decade, but cost the lives of many agents and destroyed vital British and American operations in Europe.

Unlike the Cambridge clique, who defected when the authorities closed in, Mr. Blake was caught in 1961, tried secretly and sentenced to 42 years in prison. Five years later, with inside and outside help, he escaped from the Wormwood Scrubs prison in London and fled to Moscow. He left behind a wife, three children and an uproar over his getaway, the tatters of a case that encapsulated the intrigues of a perilous nuclear age, with flash points in Korea and Germany, where Blake served.

Settling into a new life in Moscow in 1966, Mr. Blake assumed the identity of Colonel Georgiy Ivanovich Bleyk and was awarded the Order of Lenin and given a pension and an apartment. He divorced his wife, remarried and had a son and grandson, helped train Soviet agents and in 2007, on his 85th birthday, received the Order of Friendship from President Putin. He wrote an autobiography, “No Other Choice” (1990), and a memoir, “Transparent Walls” (2006).

In a 1991 interview with NBC News, he voiced regret over the deaths of agents he had exposed, but not over his espionage. He denied being a traitor, insisting that he had never regarded himself as British, though he was the son of a naturalized subject.

“To betray, you first have to belong,” he later said. “I never belonged.” 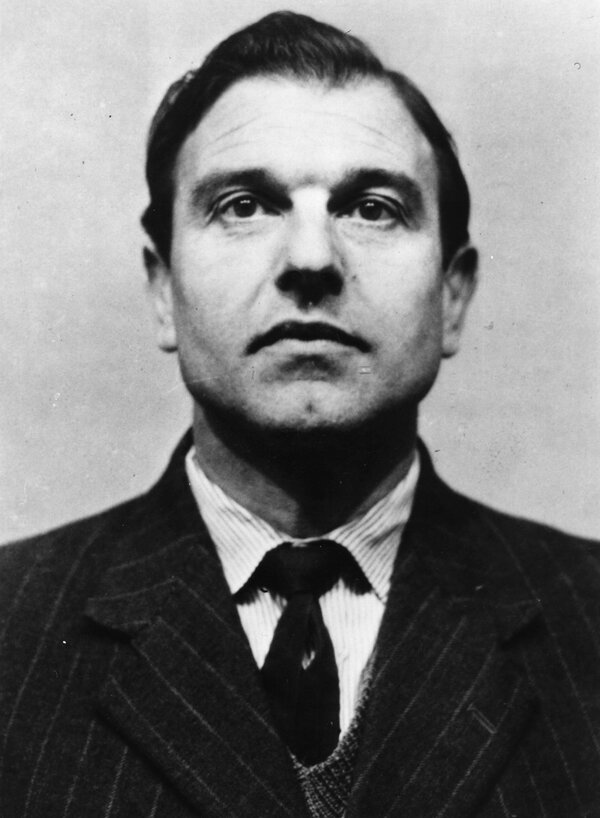 Indeed, Mr. Blake was a multilingual cosmopolitan to whom international intrigue was a way of life. While Philby, Burgess and Maclean became theoretical Marxists in the 1930s after joining the Apostles, a secret debating society at Cambridge, Mr. Blake became a committed communist after seeing war in Europe and Asia and serving as a British agent.

He was born George Behar in Rotterdam on Nov. 11, 1922. His mother was a Dutch Protestant; his father, Albert, was a Spanish Jew born in Turkey who fought the Ottoman Empire in World War I and was wounded, cited for gallantry and given British citizenship. He settled in the Netherlands as a businessman.

When his father died in 1934, George went to Cairo to live with relatives, including a cousin, Henri Curiel, who became an Egyptian Communist leader. He was visiting in the Netherlands when World War II broke out in 1939. His mother and two sisters escaped to England, but he joined the Dutch resistance, running messages and gathering intelligence for two years.

Retreating to Britain, he changed his surname to Blake, joined the Royal Navy, trained in submarines and was recruited by Britain’s wartime Secret Intelligence Service as a novice agent. Fluent in Dutch, German, Arabic and Hebrew as well as English, he translated German documents and interrogated German prisoners.

After the war he studied Russian at Cambridge — by then, Philby, Burgess and Maclean had graduated into spy tradecraft — and his teacher, a native of pre-Revolutionary St. Petersburg, inspired in him a love of Russian language and culture, a step in his conversion. He was then sent to Germany to build a network of British spies in Berlin and Hamburg. Using the cover of a naval attaché, he recruited scores of agents.

Just before the Korean War began in 1950, Mr. Blake was sent to Seoul, South Korea’s capital, under diplomatic cover to organize another spy network. But he was captured by invading North Korean forces. Held for three years in North Korea, he was subjected to Communist indoctrination.

He later denied that this had influenced his conversion, insisting that the American bombing of North Korea had been the prime factor. “The relentless bombing of small Korean villages by enormous American flying fortresses” killing “women and children and old people” horrified him, he said. “It made me feel ashamed” he added. “I felt I was committed to the wrong side.”

Mr. Blake said he met with a K.G.B. officer in North Korea, agreed to become a Soviet agent and immediately began disclosing secrets. He wanted no pay, and to avoid suspicion he insisted on being given no privileges and released with other captive diplomats. As the Korean War wound down in 1953, he was repatriated to Britain and received as a national hero.

In 1955, he was sent to Berlin to recruit Soviet officers as double agents. Instead he began passing British and American secrets to the Soviets, including the identities of some 400 spies and details of many Western espionage operations, among them two of the most productive intelligence sources of the Cold War: tunnels in Berlin and Vienna that were used to tap K.G.B. and Soviet military telephones.

Mr. Blake’s double life was exposed in 1961 by a Polish intelligence defector, Michael Goleniewski. Tried in closed court, he was given three consecutive 14-year terms. But in 1966, with outside help from three men he had met in prison, he escaped with a rope ladder thrown over the wall. A waiting car sped him to a hide-out, and he was smuggled out of the country and fled to Moscow.

Eventually the tangled threads of Mr. Blake’s life were clarified. The three British sons he had abandoned, Anthony, James and Patrick, were told his story as young adults, went to Moscow in the 1980s and were reconciled with their father. His first wife, Gillian, obtained a divorce and married a Briton, Michael Butler, who raised her three sons and another of their own. And in 2012, as Mr. Blake turned 90 and was losing his sight, Gillian Butler went to Moscow with her sons and made peace with him.

Mr. Blake married a Russian woman, Ida, and they had a son, Mischa. Complete information on survivors was not immediately available.

Over the years the Blake case has been the subject of movies, novels, plays and broadcast productions. In 1999, PBS aired a four-part documentary, “Red Files,” that examined the Soviet era. It included an extensive interview with Mr. Blake about his espionage.

“I justified it in my mind by believing that I was helping, in a small way, in building a new society in which there would be equality, social justice, no longer any war, no longer any national conflict — that was my dream, as it were,” he said. “I think it’s quite conceivable that, in time, all nations will live in that kind of world.”