The biggest, most brutal battle in the history of the Seven Kingdoms took place during the Sunday, April 28, episode of Game of Thrones Opens a New Window. , and all we can say is [insert 15 minutes of unintelligible garbled screaming.] As the dead marched on Winterfell and the living fell in droves, it looked like it was really and truly all over — for every living character on the entire series, except the cowards (ahem, Cersei) hiding down in King’s Landing. 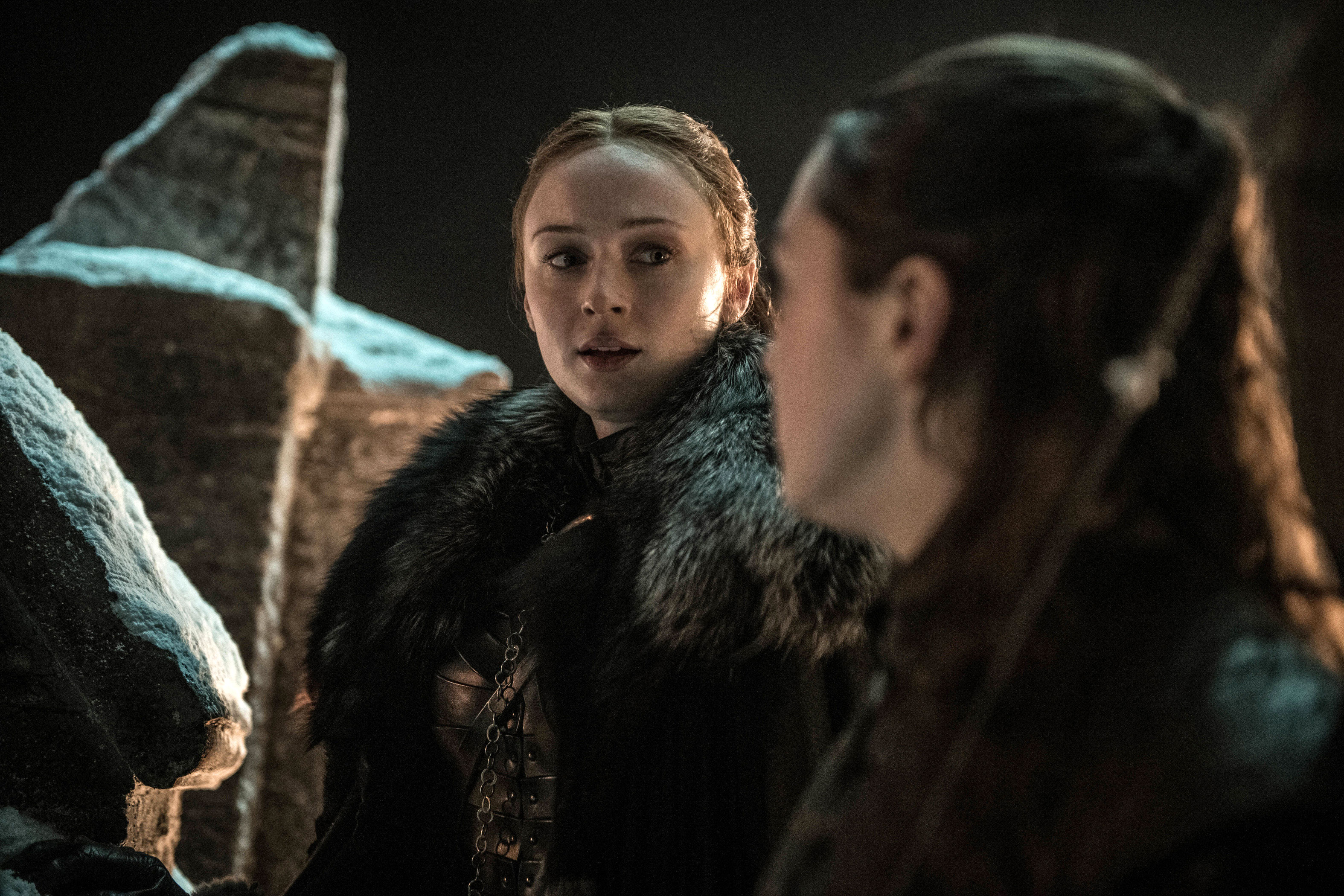 A Battle of Ice and Fire
As the dead advance on Winterfell, the armies of the living ride out to meet them — with a little help from the freshly arrived Melisandre (Carice van Houten), Jon Snow (Kit Harington Opens a New Window. ) and Daenerys Targaryen (Emilia Clarke Opens a New Window. ). But despite being armed with dragon glass weaponry, the men can’t compete with the masses of inexhaustible zombies bombarding them from all sides, and the dragons can’t be everywhere at once, especially once The Night King shows up on the back of Ice Viserion. The men retreat, the dead give chase, and soon Winterfell is overrun. 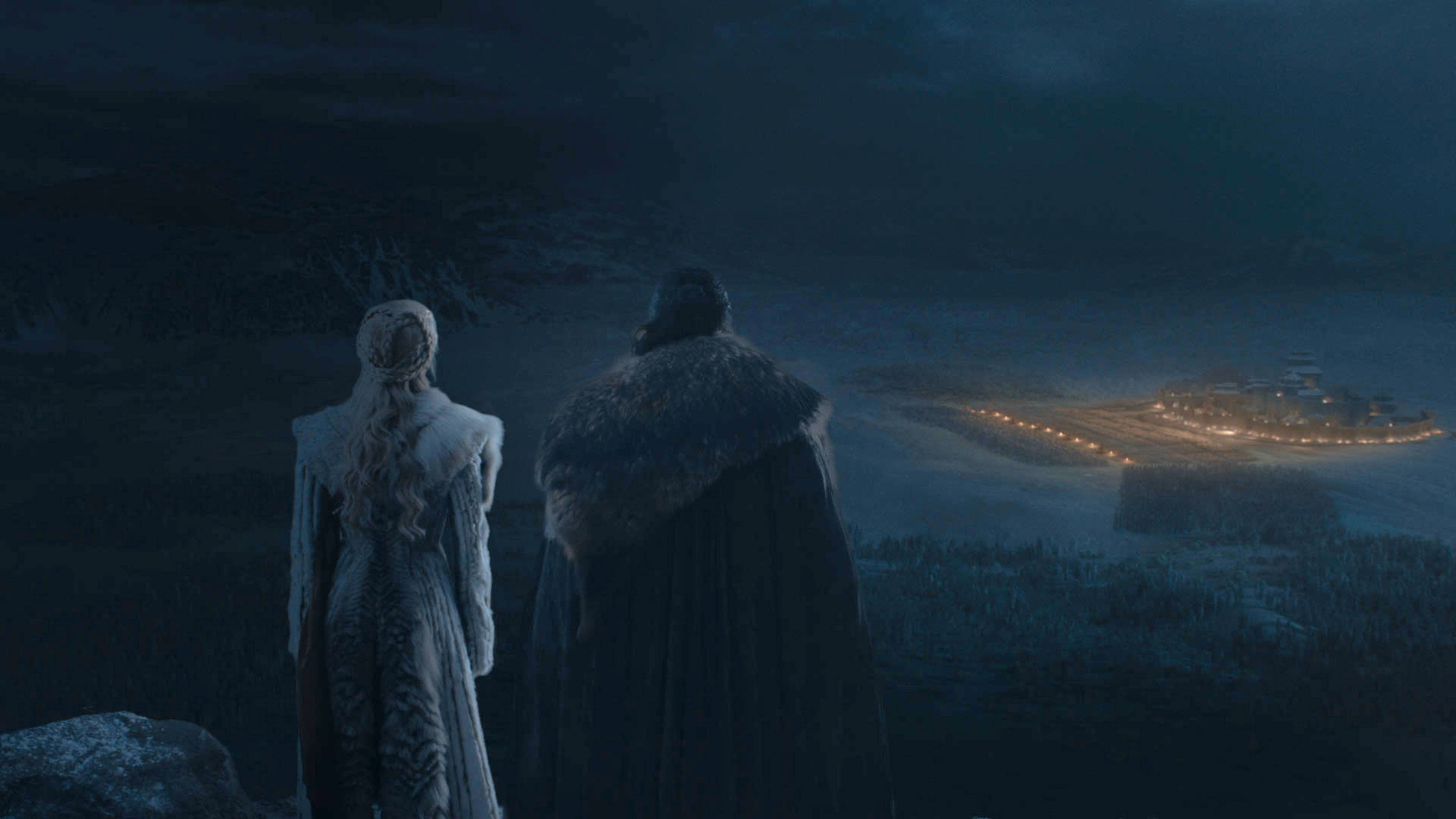 Death After Death
With the wights tearing through Winterfell, the fantasy becomes a horror — and that means saying goodbye to some beloved characters. Dolorous Edd (Ben Crompton) dies on the front lines, saving Sam (John Bradley West.) Beric Dondarrion (Richard Dormer) is shredded by the dead as he saves Arya (Maisie Williams Opens a New Window. .) Little Lyanna Mormont (Bella Ramsey) dies plunging a blade into the eye of a zombie giant as it crushes her into a pulp. And that’s just the beginning …

The Dead Will Rise
The most devastating moment of the episode comes shortly after Daenerys hovers above The Night King and gives Drogon the order to incinerate him — only to discover that The Night King is fireproof. But it gets worse: At this moment, The Night King gives his own order, and every dead person in a five mile radius rises as part of his army. That’s bad news for Sansa (Sophie Turner Opens a New Window. ), Tyrion (Peter Dinklage Opens a New Window. ), and every other noncombatant hiding down in the Winterfell crypt, you know, where all the bodies are buried. It’s tough to tell in this chaotic scene exactly who survives and who doesn’t, but things really don’t look good for Gilly (Hannah Murray). 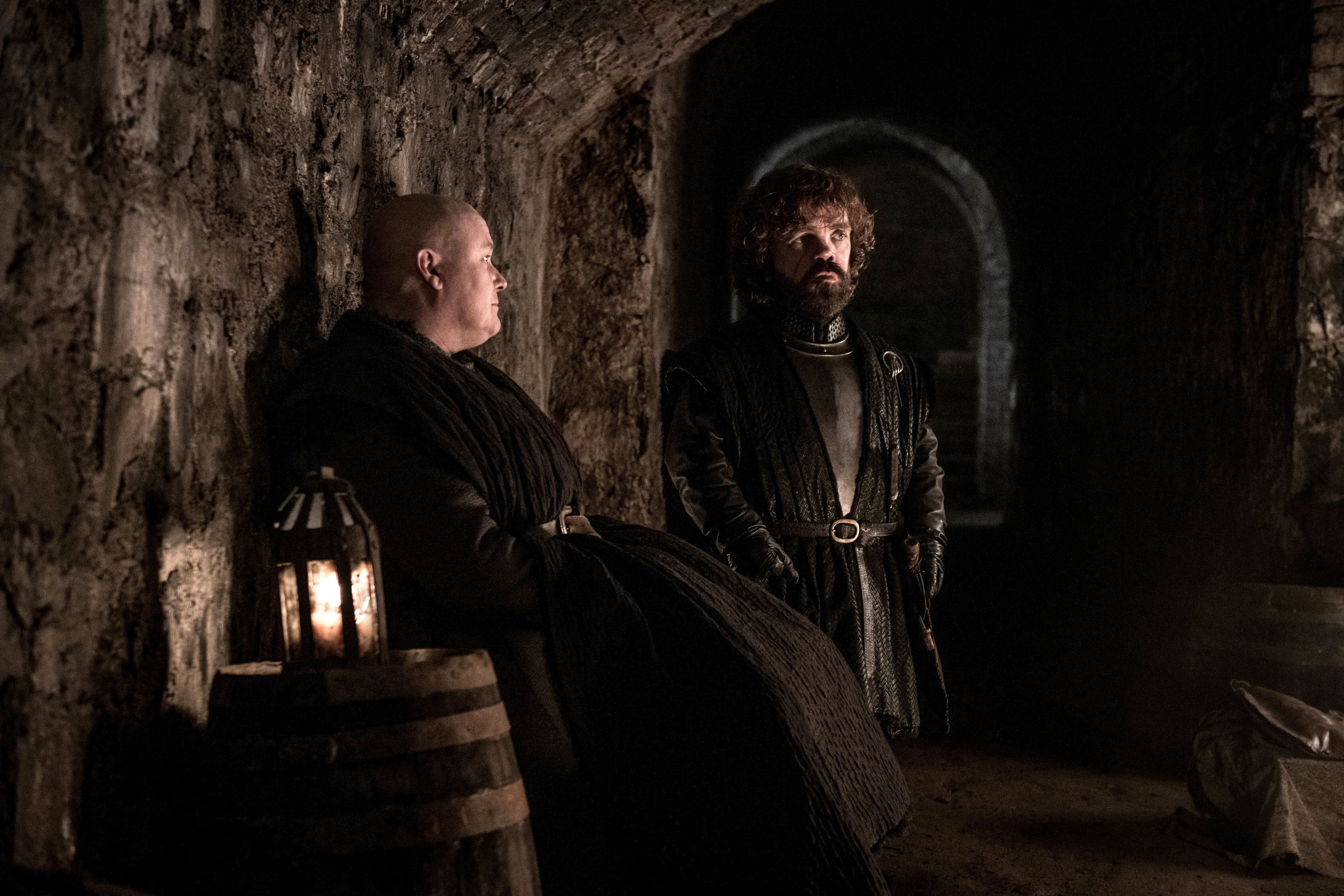 Bring on the God of Death
This brings us to the godswood, where Bran (Isaac Hempstead-Wright) is waiting — guarded by Theon (Alfie Allen) and his men — for The Night King to come a-calling. Theon fights heroically and is the last man standing, but after the mass rising of the dead, there’s no hope.

Into the clearing strides The Night King, who kills Theon and moves in on the defenseless, crippled Bran — and it looks like it’s all over. Bran gazes into the face of death. The Night King reaches for his blade. And just like that, Arya Stark comes flying out of the dark with a Valyrian steel dagger in her hand.

The Night King catches Arya by the throat, and she drops her weapon … into her other hand. Stick him with the pointy end, Arya! And that’s how The Night King dies: struck down by Arya Stark of Winterfell, first of her name, the ultimate badass. 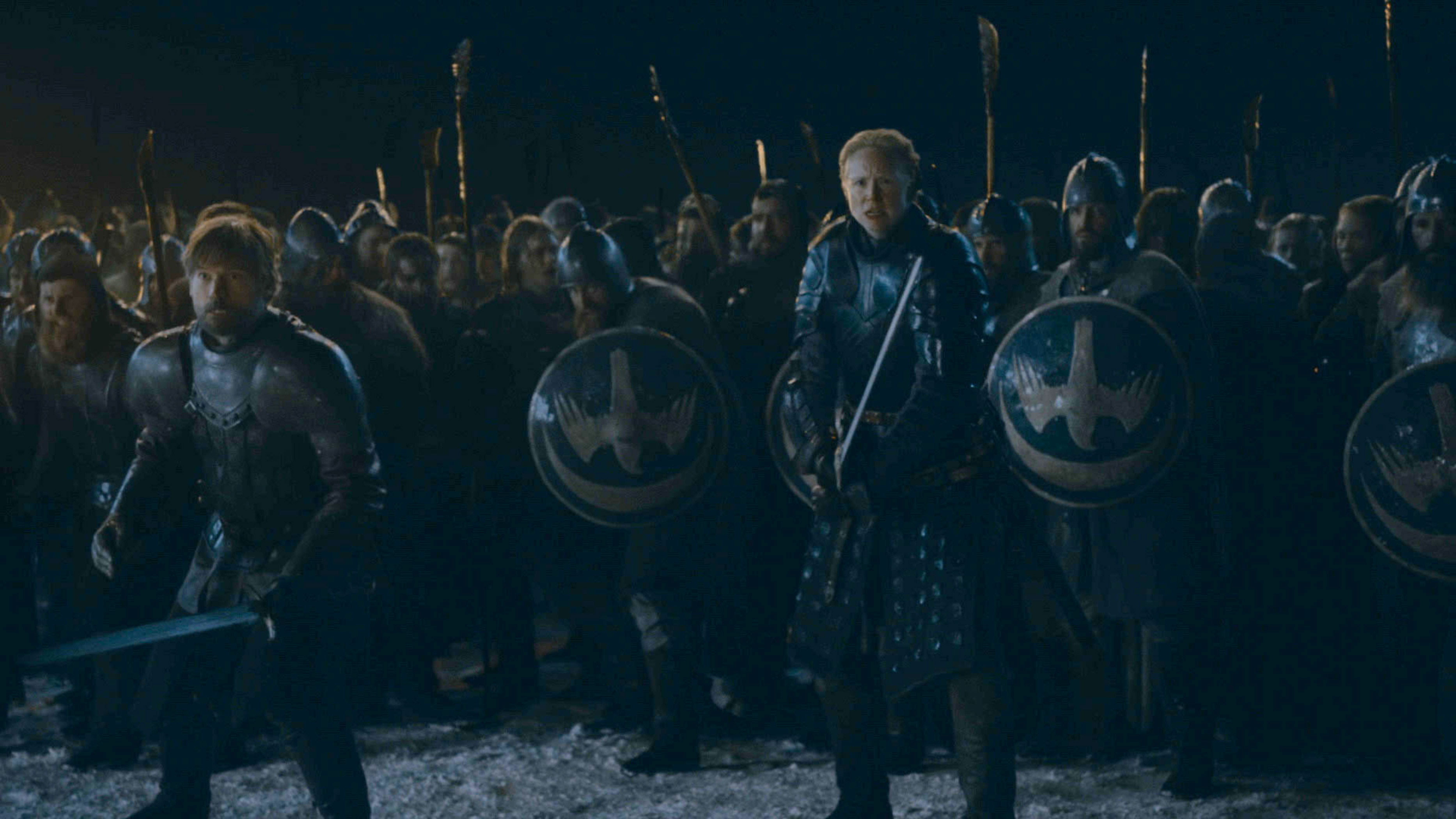 The Dead Defeated
Because the White Walkers follow old-school werewolf rules, the death of one Walker means the death of every zombified thing he created. So, when The Night King goes down, so does the entire dead army. But we also say goodbye to Jorah Mormont (Iain Glen), who dies in Daenerys’ arms having defended her to the end, and Melisandre, who removes her necklace, takes her true (ancient) form, and collapses in the snow.

Others’ fates are unknown (including Sam and Grey Worm.) But the good news is, the dead are … well, dead, and many important characters are still alive.

Game of Thrones airs on HBO Sundays at 9 p.m. ET.