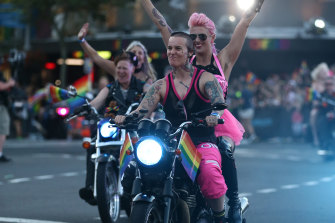 Mardi Gras will rev up on Saturday night. Credit:AAP

It's that time of year again, where glitter reigns and sparkles shine. The annual Sydney Gay and Lesbian Mardi Gras is one of the city's most famous events, with more than 20,000 overseas and interstate visitors expected to descend on Oxford Street. The parade this year includes about 200 floats and groups as the LGBTQI community proudly unites to celebrate their biggest night of the year. Best to arrive early so you can secure a decent view of the action. Due to the large crowds, transport authorities are putting on extra trains and buses so you can leave the car at home.
Saturday, 7.30-11pm, Oxford and Flinders Streets, Darlinghurst, free, mardigras.org.au 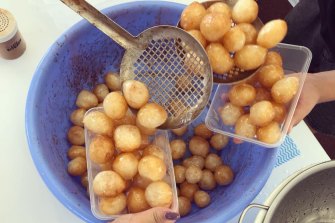 Grab some loukoumades (honey balls) at the Greek Festival this weekend.

The Greek Festival of Sydney is back for its 38th year and all aspects of Greek culture will be on display, including theatre, visual arts and dance performances. Did we mention the food? There will be no shortage of authentic Greek treats including souvlaki wraps, kafe kai frappe (coffee), loukoumades (honey balls) and, of course, plenty of ouzo.  On Sunday evening veteran Greek singer Giota Negka will perform live on her first visit to Australia.
Saturday 3-10pm and Sunday 10am-10pm, Tumbalong Park, Darling Harbour, free, darlingharbour.com 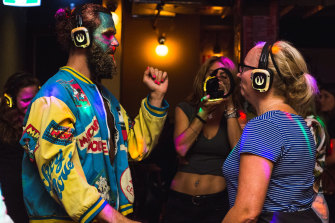 Get your groove on at an art gallery party.

March is Art Month with various galleries open late on Friday nights across different parts of Sydney in a city-wide celebration of contemporary art. The highlight is the Art at Night parties, which begin with walking tours through local galleries before a party to end the night. This Friday night it's Paddington and Woollahra, finishing up at the UNSW Galleries with food trucks and a bar.
Until March 29, various locations, free, artmonthsydney.com.au 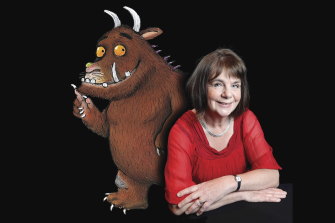 Bring your child or grandchild along to story time with British children's author Julia Donaldson, one of the world's best picture book writers. Donaldson and her guitarist husband are touring their singing and storytelling show featuring old favourites and new tales. Enter the deep dark woods with The Gruffalo before heading into the farmyard with What the Ladybird Heard. If you arrive 90 minutes before the show, there are dress-ups and colouring-in activities.
Sunday, 11am and 4pm, City Recital Hall, Sydney, $35, cityrecitalhall.com

Out of Town – Scone Literary Festival

For a town of 8000 people, Scone's literary festival really punches above its weight. This year the festival boasts a serious array of acclaimed authors and guests including Richard Glover, Kerry O'Brien, Jane Caro, Father Rod Bower, Georgie Dent and Gideon Haigh. There are writing workshops, book signings and panel discussions ranging from "Why do we love sport so much?" to "Ethics in an age of doubt". Just 270 kilometres from Sydney, what better way to support regional tourism?
March 13-15, Scone Arts and Crafts Hall, Scone, $150, sconeliteraryfestival.com.au 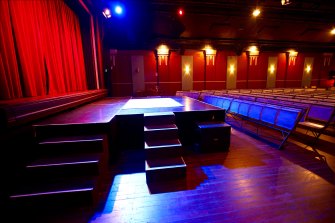 The end is nigh for one of Sydney's best-loved independent theatres. Giant Dwarf Theatre is looking for a new home after a rent hike left little option but to relocate. One of the final shows before the venue closes is Comedy(ish) with proceeds going to bushfire relief organisations. Enjoy a last laugh at the beloved venue as comedians including Kyran Wheatley, Rhys Nicholson and Nikki Britton donate jokes for a good cause.
Wednesday, 7pm, Giant Dwarf Theatre, Redfern, $25, giantdwarf.com.au 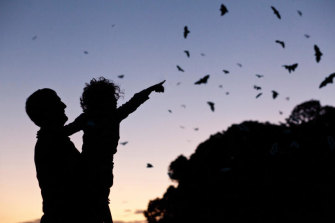 Enjoy your own David Attenborough wildlife experience as you observe some of Sydney's nocturnal creatures on this dusk adventure. As the sun sets, park rangers will show you how the park is transformed. If you have a sharp eye, you might be able to spot a tawny frogmouth, brushtail possums or microbats. You can also say g'day to one of the city's largest colonies of grey-headed flying foxes. Bring a torch, warm clothes and an adventurous spirit.
Friday, 7pm, Centennial Park, Sydney, $20, centennialparklands.com.au

Books – The Cut Out Girl

The Sydney Writers' Festival technically doesn't start until April 27, but this event gives you an early taste. Dutch-born British author Bart van Es will discuss his award-winning book The Cut Out Girl. The gripping biography tells the story of Lien de Jong, one of the hidden children of World War II. The young Jewish girl was a foster child taken in by van Es's grandparents to protect her from the Nazis, and van Es's journey tracking her down decades later changed both of their lives.
Monday, 6pm, City Recital Hall, Sydney, $25+, cityrecitalhall.com