Kris Kringle, the department store Santa who might actually be the big man himself. John McClane saving everyone in the Nakatomi Tower. Or Linus van Pelt's moving soliloquy about the meaning of Christmas. Surrounded by family and friends, these images from iconic Christmas movies and television specials, flickering in the dark, are almost as important as the Christmas season itself.

Of all of the year's "seasons", few spin the commercial machinery as hard as Christmas. And the film and television industry has cranked out Christmas movies and television specials for more than a century. 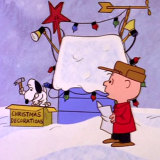 The first was largely unmemorable – Santa Claus, an 1898 silent film short made in the UK and directed by George Albert Smith, which depicted Santa Claus visiting a house and delivering presents to two children on Christmas Eve. This year alone streaming over-achiever Netflix has cranked out a dozen new Christmas movies, like there was a shortage, and a documentary about the rest, The Holiday Movies That Made Us.

For many there is a romantic tendency to believe that good Christmas movies (and television specials) are gentle affairs, full of twinkling lights and gift-giving. In truth the very best Christmas stories are dark and challenging, and they involve great jeopardy.

One of the all-time greats, A Christmas Carol, about the miserly Ebenezer Scrooge, who is visited on Christmas Eve by four ghosts – that of his dead business partner Jacob Marley, and then the ghosts of Christmas Past, Christmas Present and Christmas Yet to Come – is a bona fide horror story.

What exactly makes "the list" is open for fierce debate. Do Christmas movies have to feature Santa? Do they have to actually take place over Christmas? And the biggest question of all: can an action movie about terrorists holding office workers hostage in an LA high-rise actually be a Christmas movie? The answers to that, and more. Read on. 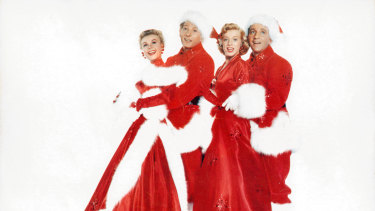 THE ALL-TIME BEST
A Charlie Brown Christmas (1965)
Without a doubt the finest Christmas special of all time, clocking in at a modest 25 minutes. The commercialisation of Christmas weighs heavily on the heart of Charlie Brown, whose choice of a sad-looking sapling for a Christmas tree is mocked by one and all, and at the annual Christmas play Linus van Pelt speaks a soliloquy about the meaning of Christmas that cannot help bring a tear to your eye. With a stunning soundtrack by Vince Guaraldi, if you're not watching this on Christmas Eve, you're a plain old grinch.

TIMELESS CLASSICS
Miracle on 34th Street (1947), It's a Wonderful Life (1946) and White Christmas (1954)
Three all-time classics for the Christmas viewing schedule. Miracle on 34th Street tells the story of a department store Santa Claus – Kris Kringle, played by Edmund Gwenn – who just might be the real thing. It's a Wonderful Life is the story of suicidal man, George Bailey (James Stewart), who is given hope by a visiting angel Clarence (Henry Travers) who shows him how different the lives of those around him would have been without him. And, for some colour and movement, White Christmas is the all-singing, all-dancing (songs by Irving Berlin) story of the friendship of two army buddies Bob Wallace (Bing Crosby) and Phil Davis (Danny Kaye).

THE STOP-MOTION MASTERPIECE
The Year Without a Santa Claus (1974)
From the Rankin/Bass studio, this was the best of a slate of beautiful Christmas specials, which included Rudolph the Red-Nosed Reindeer (1964, featuring Burl Ives), The Little Drummer Boy (1968, featuring Greer Garson), Santa Claus Is Comin' to Town (1970, featuring Fred Astaire) and The First Christmas (1975, featuring Angela Lansbury). The Year Without a Santa Claus is a cracker, about Santa's decision to abandon Christmas. Hoping to prove there is still love for the old guy out there, two elves, Jingle and Jangle, and Santa's reindeer Vixen, fall afoul of singing seasonal siblings Cold Miser and Heat Miser and need rescuing by Mrs Claus.

CHRISTMAS EVE STAPLES
The Muppet Christmas Carol (1992) and Home Alone (1990)
With Oscar-winner Michael Caine as Ebenezer Scrooge The Muppet Christmas Carol is a great adaptation of the classic, complete with Kermit the Frog as Bob Cratchit, Statler as Jacob Marley and Gonzo in the role of narrator Charles Dickens. Another must-watch, Home Alone, stars Macaulay Culkin as eight-year-old Kevin, inadvertently left home alone when his family fly out of town for Christmas, and up against a pair of burglars, played by Joe Pesci and Daniel Stern. The best thing? Realising Daniel Stern is the voice of (a different) grown-up Kevin in The Wonder Years. Second best thing? Realising Kevin's mum is played by Catherine O'Hara who is better known these days as Moira Rose on Schitt's Creek. 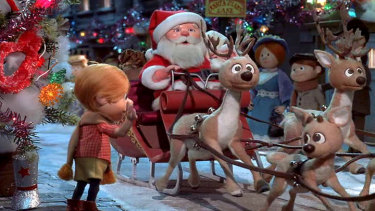 MODERN DAY CLASSICS
The Nightmare Before Christmas (1993), Love Actually (2003)
Tim Burton's dark fantasy The Nightmare Before Christmas is a thrilling journey into the creepy Halloween Town, and its "Pumpkin King" Jack Skellington, as they discover the neighbouring Christmas Town and its ruler, Santa Claus. Love Actually is a glorious pastiche of intertwined stories – Harry (Alan Rickman) and Karen (Emma Thompson), Jamie (Colin Firth) and Aurélia (Lúcia Moniz), Juliet (Keira Knightley), Peter (Chiwetel Ejiofor) and Mark (Andrew Lincoln), David (Hugh Grant) and Natalie (Martine McCutcheon) and others – which are spun into a strand of charming narrative tinsel. And of course Die Hard (1988) is a great conundrum. Christmas movie or action flick? The answer is both. 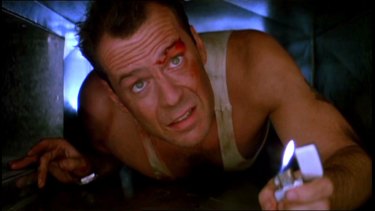 THE NEWBIES
Klaus (2019), Jingle Jangle: A Christmas Journey (2020)
Tough gig trying to make a mark on a Christmas slate assembled over decades but Netflix hit the mark with Klaus, an animated masterpiece which offers a slightly different origin story for Santa Claus (J. K. Simmons), a reclusive toymaker befriended by a postman. The film won critical applause, an Oscar nomination (for best animated feature) and a BAFTA win (for best animated film). Netflix followed that up with another classic-in-the-making, Jingle Jangle: A Christmas Journey, about the toymaker Jeronicus Jangle (Forest Whitaker) who has lost his faith. It also stars Keegan-Michael Key as Gustafson, Jangle's former apprentice-turned-nemesis, Downton Abbey star Hugh Bonneville and, as the voice of the matador doll Don Juan Diego, pop star Ricky Martin. 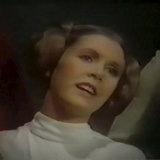 She stars, she slays, she … sings? Carrie Fisher as Princess Leia in The Star Wars Holiday Special (1978).Credit:Smith-Hemion Productions

SO BAD … THEY'RE BAD
Santa Claus Conquers the Martians (1964), The Star Wars Holiday Special (1978)
How bad does a film have to be to be a bad Christmas movie? Before you answer that, let us wheel out Santa Claus Conquers the Martians, a low-budget all-time dud directed by Nicholas Webster which seemed to perpetually be on the Australian TV Christmas schedule. In terms of its place in cinema history it is largely remembered only as the debut of actress Pia Zadora as Martian girl Girmar. And just when you thought it was safe to go into outer space … along came The Star Wars Holiday Special, screened in the runup to Christmas in 1978 and never seen again. Was it because Bea Arthur was running the cantina on Tatooine? Diahann Carroll's turn in a raunchy holographic music video? Or that they gave Chewbacca a family only to name them Itchy, Lumpy and Malla? We'll never know. Star Wars creator George Lucas has spent much of the ensuing four-plus decades destroying every copy he could find.