WHEN Kaylor, 15, and Kya, six, wake up on Christmas morning, they won't be leaping out of bed to open their presents – because they aren't getting a single one.

Their mum Diane Harkus, 39, says that Universal Credit has left the family so poor that she will struggle to feed the family over Christmas, let alone buy them gifts. 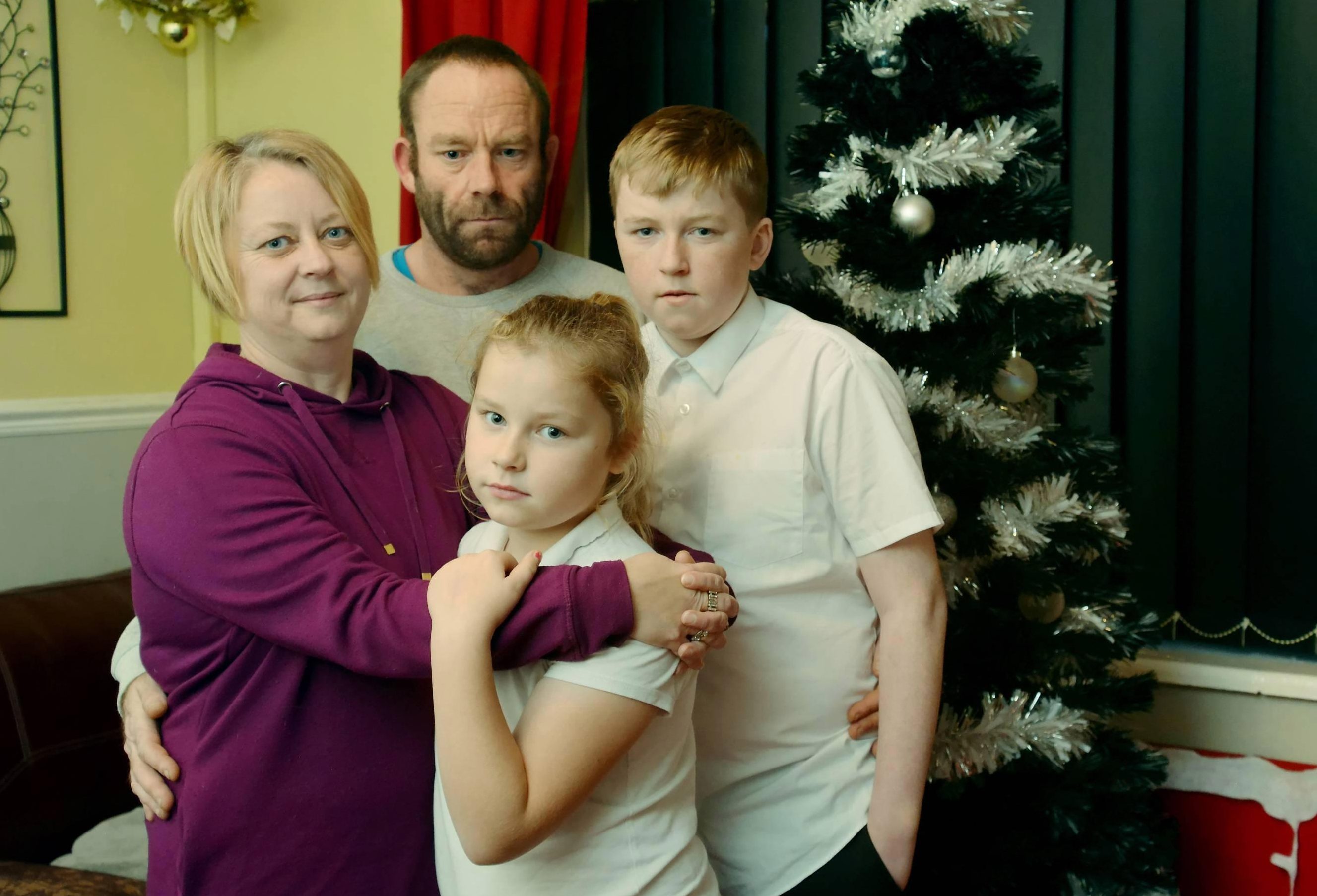 Diane, from Newcastle, was rolled onto the new benefits system in August, when she gave up her job as a customer services assistant in Asda to look after her elderly, sick parents.

Yet, while Diane is eligible for a carer's allowance, she found herself in financial trouble almost as soon as she moved onto the new system.

“It’s a nightmare to deal with every day and I wish we’d never gone on it.

"It’s been more trouble that I could have ever imagined,” she says.

She is one of the thousands of people struggling under the new welfare system, as highlighted by The Sun's Make Universal Credit Work campaign launched earlier this week. 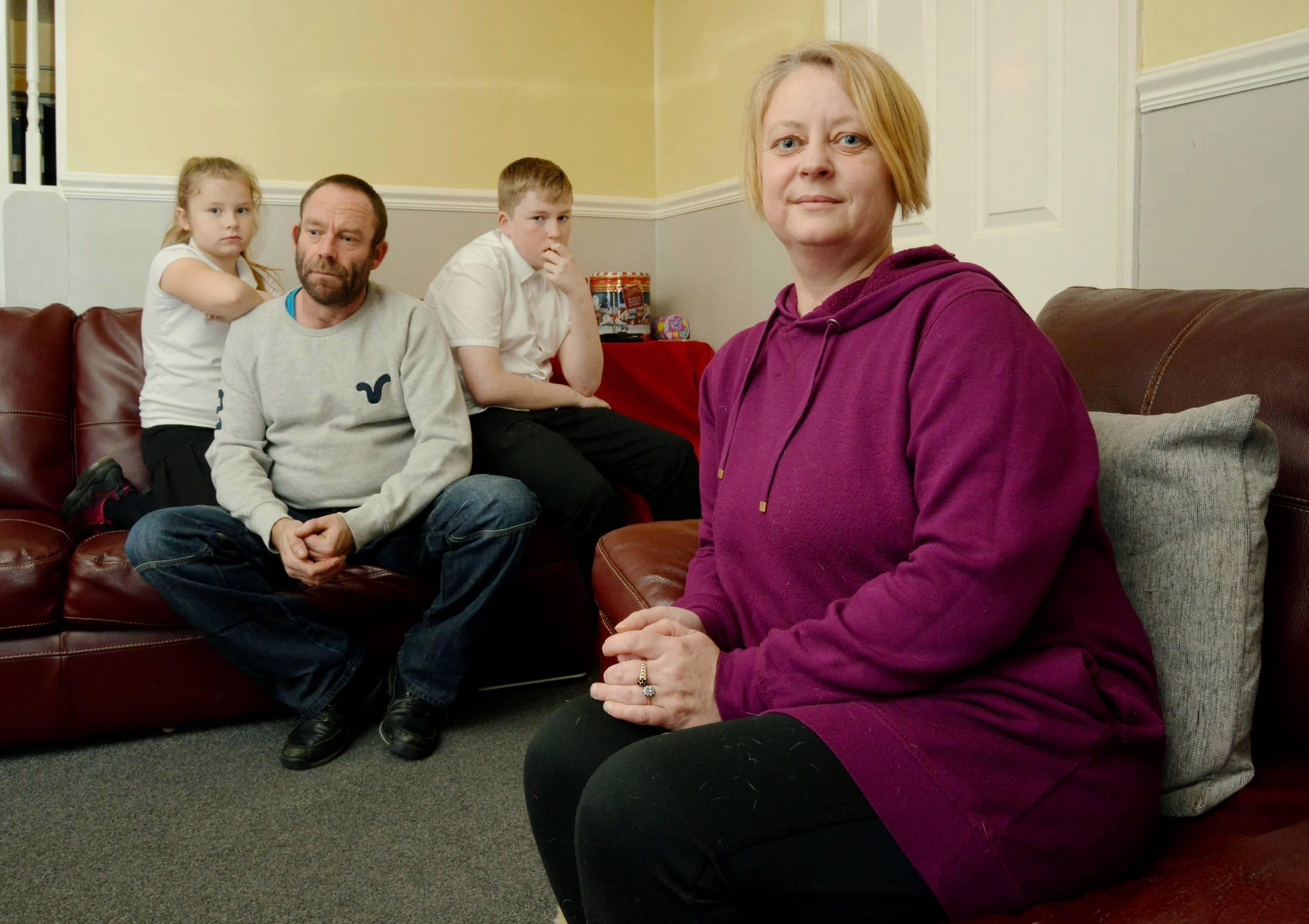 Her dad, 80, has lung cancer, while her mum, 79, suffers from arthritis and struggles to walk.

“I’m with them from 8:30 in the morning until 3pm when the kids finish school.

"Then I’ll go back for around 6pm to help them with dinner and make sure they take their medications," says Diane.

“All day, I help them administer injections, take them to hospital appointments every week, cook their meals and generally help them with their everyday needs."

“My mum finds it painful to move and my dad’s too ill and too old to care for her alone.”

While the family are now eligible to apply for a carer's allowance and housing benefit – her husband Terry, 41, works part-time running his own gardening business – they still had to wait five weeks for the cash to come through.

Within days of applying for the new welfare system, the £200-a-month working tax credits and child tax credits she relied were stopped, immediately leaving her short on bills.

The £500 advance wasn’t enough. Diane missed a payment on her catalogue credit card and subsequently the card was blocked.

What are Diane's income and outgoings?

Diane says she would have liked to continue her 13.5-hour-a-week job in Asda – and could have juggled it around caring for her parents – but that the harsh taper rate on Universal Credit meant it simply wasn't worth her while.

Workers have 63p from every £1 they earn over a certain amount deducted from their Universal Credit entitlement.

For Diane, this meant her family would have had just £175 extra a month if she’d continued doing her £500-a-month job.

“It wasn’t worth it”, she says.“I really miss working, I liked my independence and really enjoyed the job.” 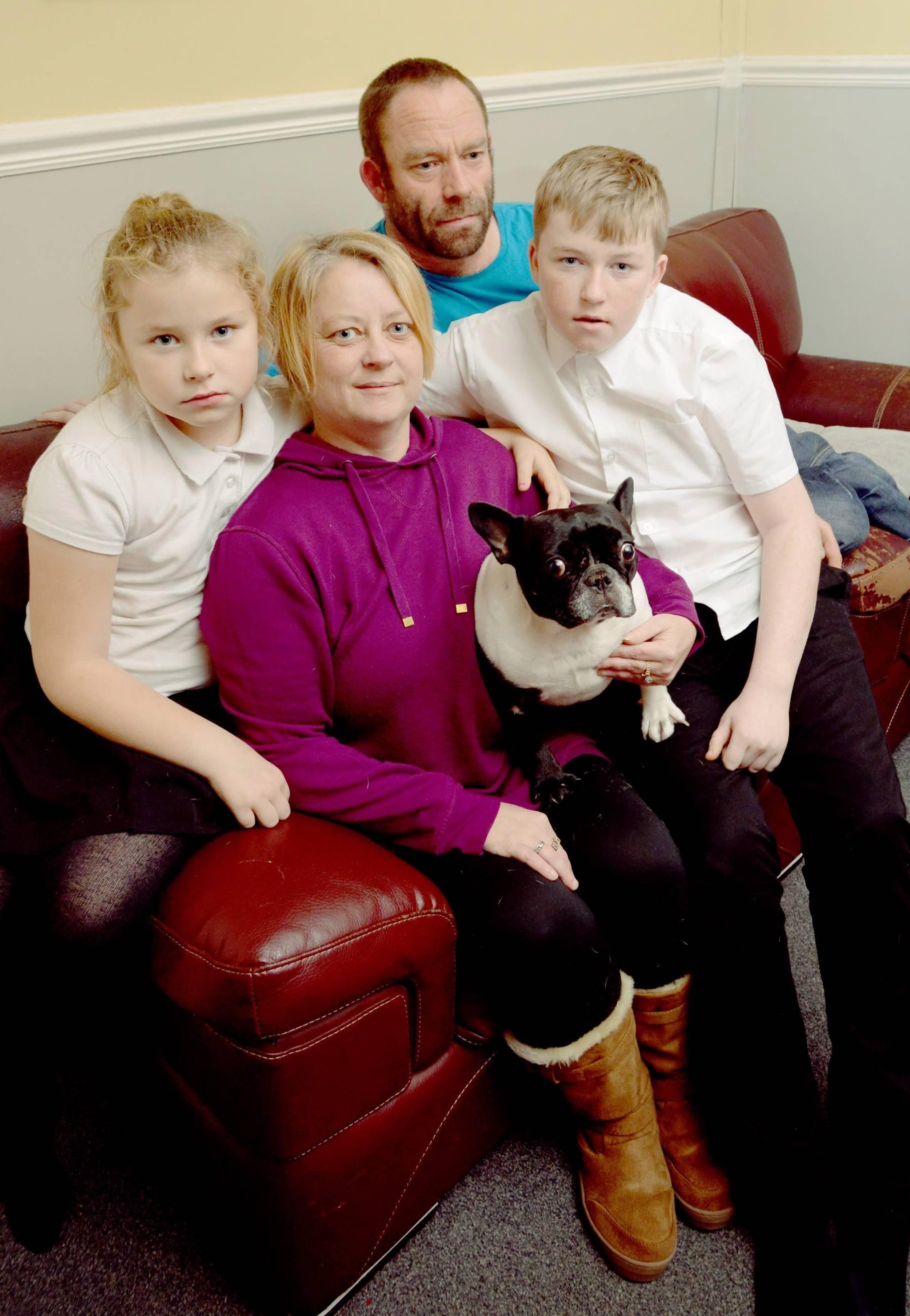 Although Diane's dad has cleared her debts for her, she is sure they will soon mount up again.

The family are entitled to £1,506 a month in Universal Credit but the amount Diane receives changes every month depending on how much Terry earns – which varies from £300 a month to £1,038.

After the household bills are paid for, the family-of-four are left £150 short at the end of the month.

“I’ve got no way of paying for Christmas for my children,” says Diane.  “I’m focusing on fighting off my bills at the moment but I am starting to panic.

“I’m normally such a Christmassy person. This time of year I would have bought most of the the presents and be thinking about putting them under the tree.

“I’m good at budgeting and managing the finances but every month the payments are hugely different,” she added.

One million people are already receiving it and by the time the system is fully rolled out in 2023, nearly 7 million will be on it.

But there are big problems with the flagship new system – it takes 5 weeks to get the first payment and it could leave some families worse off by thousands of pounds a year.

And while working families can claim back up to 85 per cent of their childcare costs, they must find the money to pay for childcare upfront – we’ve heard of families waiting up to 6 months for the money.

It’s time to Make Universal Credit work. We want the government to:

"At this rate the kids are not going to get anything because we have no money," she says.

"Keeping a roof over our head is far more important than Christmas and that’s all I can focus on. I’m hoping for a miracle to be honest or it’s just not going to happen for us at all this year."

A spokesman from the DWP said: "All payments to Mr and Mrs Harkus have been made correctly and on time.

"Anyone facing financial difficulty can speak to their work coach about additional support available."

Yesterday, The Sun revealed how one single mum has slept with men for £10 to feed her son after Universal Credit left her destitute.

Our Make Universal Credit Work campaign has had huge support from charities and readers, with experts praising our powerful reporting and putting pressure on MPs to help struggling Brits.

IF you're experiencing trouble applying for your Universal Credit, or the payments just don't cover costs, here are your options:

Apply for an advance – Claimants are able to get some cash within five days rather than waiting weeks for their first payment. But it's a loan which means the repayments will be automatically deducted from your future Universal Credit pay out.

Alternative Payment Arrangements– If you're falling behind on rent, you or your landlord may be able to apply for an APA which will get your payment sent directly to your landlord. You might also be able to change your payments to get them more frequently, or you can split the payments if you're part of a couple.

Budgeting Advance – You may be able to get help from the government to help with emergency household costs of up to £348 if you're single, £464 if you're part of a couple or £812 if you have children. These are only in cases like your cooker breaking down or for help getting a job. You'll have to repay the advance through your regular Universal Credit payments. You'll still have to repay the loan, even if you stop claiming for Universal Credit.

Foodbanks – If you're really hard up and struggling to buy food and toiletries, you can find your local foodbank who will provide you with help for free. You can find your nearest one on the Trussel Trust website.