RICHARD LITTLEJOHN: For those 7,000 Britons still watching TV in black and white – do not adjust your set, television was much better in 1967

More than 7,000 households in Britain are still watching black and white televisions. Not for them hi-def, 4K, Sky Q, or even colour.

According to TV Licensing, London has the biggest concentration of monochrome sets, followed by the West Midlands and Greater Manchester.

Colour broadcasts began in 1967 and the last black and white sets were sold in the mid-Eighties. 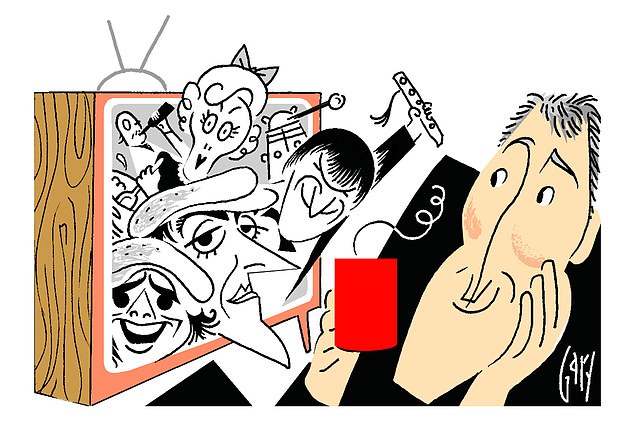 More than 7,000 households in Britain are still watching black and white televisions

In theory it hasn’t been possible to receive black and white without a special adaptor since 2012, when the analogue signal was turned off. But thousands of viewers still persevere with the old technology. So what are they all watching?

Perhaps they’ve got a time machine which allows them to tune in to the Sixties. If so, where can I buy one?

Michael Parkinson once told me that you meet a better class of person down Memory Lane. The same goes for black and white TV. There’s a lot to be said for it. After all, as Arsenal fans constantly remind us, Spurs last won the league in black and white.

More to the point, England won the World Cup before the advent of colour.As I’m sure commentator Kenneth Wolstenholme must have pointed out for all of us watching in black and white, England were playing in red.

Those were the days. Imagine settling down today to an evening of programmes from 1966. At least you only had two-and-a-half channels to choose from.

Today, with hundreds of shows, by the time you’ve flicked through the programme guide trying to decide what to watch it’s usually time to go to bed.

Or is that just me?

You could enjoy Doctor Who, played by Patrick Troughton, battling the Daleks, without having to sit through a tedious lecture about racism in America’s Deep South or being obliged to visit a distant planet where men have babies.

Pop fans had ITV’s Ready Steady Go! with Otis Redding, The Who, The Stones and Chris Farlowe. And the BBC’s Top Of The Pops, starring The Kinks, the Small Faces and The Troggs.

Back then, no one had ever heard of the Spice Girls, let alone a Spice Girls revival. You’d even be able to see Jimmy Savile, as it ‘appens, guys ‘n’ gals, before he was erased from the BBC’s memory banks after being exposed as a weapons-grade nonce.

More from Richard Littlejohn for the Daily Mail…

If it’s cha-cha-cha you’re after, Come Dancing from the Tower Ballroom, Blackpool, forerunner of Strictly, should do the trick, complete with proper black tie and taffeta frocks, not near-mankinis and sparkly knickers.

And you wouldn’t have to put up with confected publicity stunts, such as Seann snogging Katya, in a cynical attempt to boost ratings. You can’t imagine Peter West and Judith Chalmers being caught in an intimate clinch outside Yates’s Wine Lodge.

Instead of today’s plethora of irritating, lachrymose ‘cooking is my passion’ competitions, you’d be in the safe hands of Fanny Cradock and her well-refreshed husband Johnnie. ‘I hope all your doughnuts turn out like Fanny’s.’

There’d be no shortage of soaps, either. No doubt, today’s black and white devotees in Manchester are all glued to classic Coronation Street, with the marvellous Violet Carson as Ena Sharples and a young Julie Goodyear, who made her debut as Bet Lynch in 1966.

In homes across the West Midlands, they are still tuning in to Crossroads on ATV, with Noele Gordon as motel owner Meg Richardson and Ann George as cleaner Amy Turtle. And not an obligatory same-sex storyline in sight.

Curiously, in one of the more bizarre Crossroads plotlines, Amy was arrested on suspicion of being a Soviet spy. Was this Moscow’s inspiration for the Novichok plot, which involved real Russian spies poisoning people eating at a provincial pizza parlour?

Maybe as part of Putin’s campaign to revive the Cold War, Russian state TV is running Crossroads repeats from the Sixties.

In our black and white heaven, prime-time drama would be represented by the harrowing Wednesday Play, Cathy Come Home, still streets ahead of most of the drivel which passes for drama on modern terrestrial TV.

All those precious luvvies droning on about the lack of decent roles for women have obviously never seen Carol White as Cathy. And that was half a century ago.

The comedy highlight of the night would be the brilliant Till Death Us Do Part — the original series, that is, written by working-class genius Johnny Speight and starring Warren Mitchell as Alf Garnett, now banned for crimes against diversity. 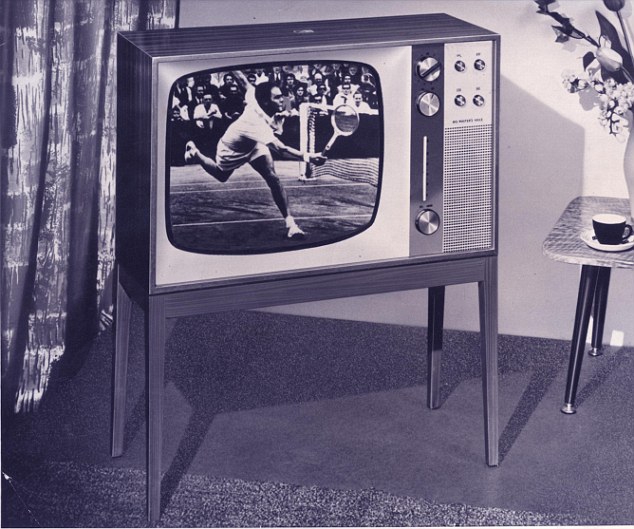 It hasn’t been possible to receive black and white without a special adaptor since 2012, when the analogue signal was turned off. But thousands of viewers still persevere with the old technology. Richard Littlejohn asks: ‘What are they all watching?’

Not the excruciatingly unfunny, sanitised remake the Beeb foisted upon us a couple of years ago.

In the mid-Sixties, the sublime Peter Cook and Dudley Moore were starring in their own series, Not Only But Also. And David Frost’s Frost Report made its debut in 1966, bringing proper political satire to the small screen and featuring sketches such as the John Cleese/Ronnie Barker/Ronnie Corbett ‘I look down on him’ routine about the British class system.

Would that we had that kind of razor-sharp brilliance on TV today, in stark contrast to the endless diet of right-on panel shows, infested with Left-wing ‘comedians’ trying to squeeze laughs out of predictable, puerile attacks on Ukip, Thatcher and Trump.

It’s when it comes to news and current affairs that our Back To The Future evening of TV viewing from the Sixties would be most welcome. Just think, no rolling news channels, no rent-a-gob politicians and celebs banging on about Brexit, backstops and the ‘People’s Vote’.

No self-righteous #MeToo harridans, no whining about ‘austerity’, ‘transphobia’, ‘homophobia’, ‘Islamophobia’ and racism, and no nightly reports on why London’s knife crime epidemic is all the fault of the ‘Tory cuts’.

What’s not to like? It could all be there in the comfort of your living room, in glorious black and white.

In 2016, ‘Brexit’ was named Word of the Year by Collins Dictionary. This year’s word is ‘single-use’, honouring the Mail’s campaign against plastic waste. It was closely followed by others including ‘VAR’, which stands for Video Assistant Referee, the technology trialled at the World Cup to review controversial decisions.

Just as well Mother Theresa’s version of Brexit isn’t subject to VAR. It would prove conclusively that she’s nowhere near to getting it across the line. 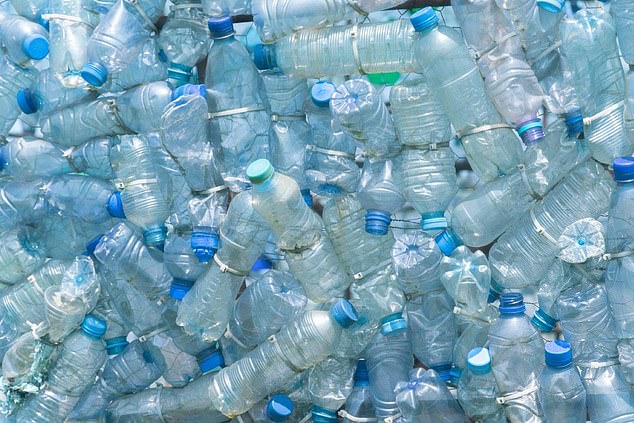 This year’s word is ‘single-use’, honouring the Mail’s campaign against plastic waste

Don’t start swinging, when you should be ringing

On Sunday night, church bells will ring out all over Britain as part of the Great War Armistice commemorations. One bell ringer who won’t be taking part is 18-year-old Steven Tomsett, who is suing his church for injuries sustained during a practice session.

Steven broke both ankles and hurt his back when he was thrown 20ft into the air at St Helen’s, in Abingdon, Oxfordshire. Not many people realise what a hazardous pursuit bell ringing can be.

More than a dozen years ago, the Central Council of Church Bell Ringers issued safety guidelines to its members, including specific instructions on muffling of clappers. (Only when bells are down, since you ask.) 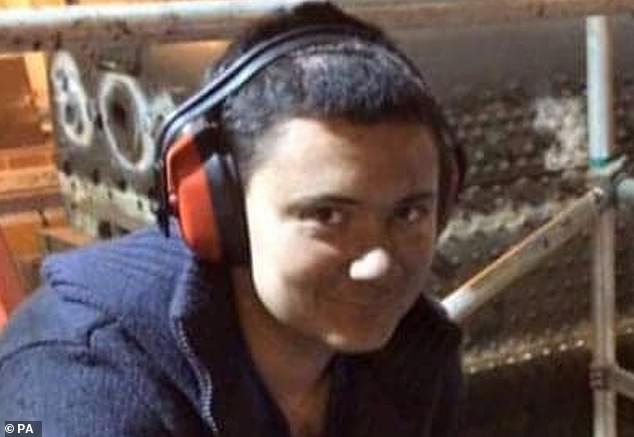 Steven Tomsett, 18, above, is suing his church for injuries sustained during a practice session

All ringing rooms, bell chambers and bell towers were designated ‘no smoking’, and a red light must be illuminated above the outside door (like a broadcast studio) to indicate when bells are being rung.

Presumably, just in case a deaf person is about to walk into the ringing room while the peals are in progress.

At the time, I wondered how long it would be before bell ringers had to start wearing hard hats, harnesses and hi-viz jackets.

Now we have our first recorded incident of a bell ringer suing for compensation over an industrial injury.

Warden Hodges, the vicar and Mr Yeatman, the verger, accuse Mainwaring’s men of being quislings and decide to ring the church bells to warn that the German invasion has begun.

Unfortunately, they didn’t have the benefit of the Central Council’s safety guidelines and are propelled into the air, where they have to hang on to the bell ropes for dear life before suffering the indignity of being rescued by the Home Guard.

Don’t panic! It’s not known whether they were entitled to sue for compensation.