The eBay user, “ashleashs7fkgwqq”, posted the coin on eBay along with one picture of it.

The user described it as a “2016 Rare Beatrix Rotter Peter Rabbit Half Whisker 50p pence coin”.

Beatrix Potter coins have been popular with coin collectors since they were first released to celebrate the 150th anniversary of the author’s birth in 2016.

The fifty pence on sale is from the first batch of coins released and other versions have been brought out each year since.

For those hoping to make a purchase, they will also need to part with an extra £1.50 to have the coin sent by first class mail. 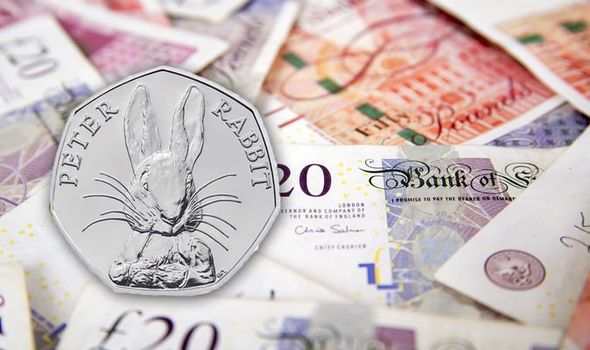 Even though the high asking price would suggest it is a valuable coin, potential buyers may be able to get a better deal if they shop around.

The coin features a drawing of Peter Rabbit in the middle of the face and it was designed by Emma Noble.

According to coin website, Change Checker, the 50p has a mintage of 9,700,000 and ranks as one on the scarcity index, making it common.

Experts at the coin publication, Spend It? Save It? What Should You Do? disagree slightly and say the coin has a slightly different mintage of 9,600,000.

Still, the publication explained the coin is not necessarily rare and they gave it the valuation of just £4. 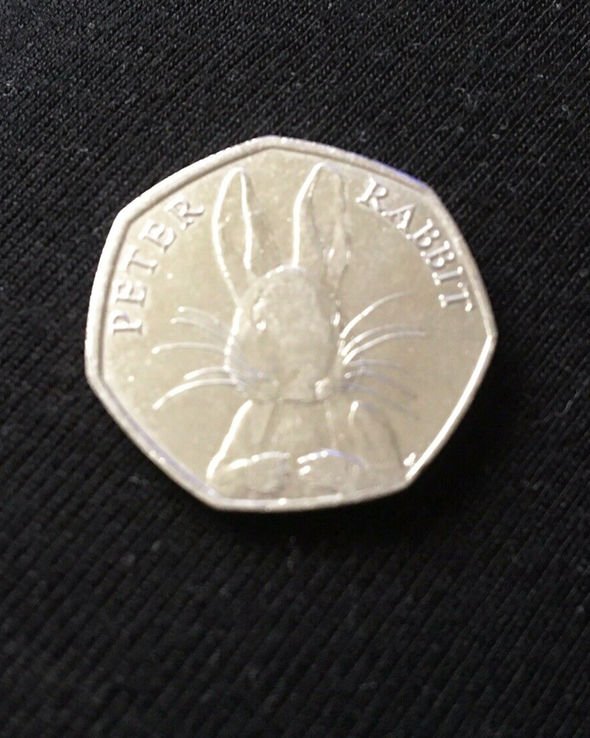 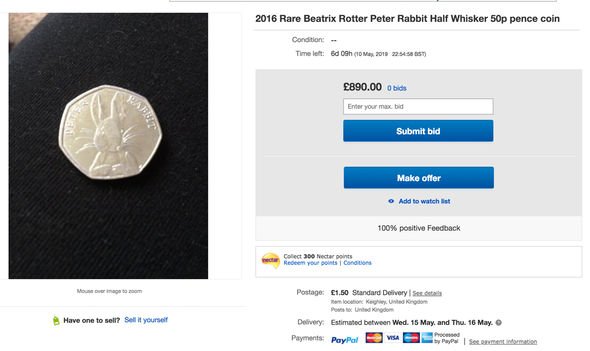 This is very different from how much is it currently selling for, so bidders may be able to get a better deal by looking elsewhere.

Checking with a coin expert before making a purchase is recommended to ensure buyers get the best deal.

Prices are set on eBay at the discretion of the seller, and people often use the site to sell rare coins for surprisingly large sums of money.

Another Beatrix Potter coin was selling for £500 even though it was valued at £4.