Duchess of Sussex is ‘cold-calling US voters’ ahead of the election and ‘came home to vote’, Democrat campaigner Gloria Steinem claims

The Duchess of Sussex has been cold-calling Americans to ask them to vote, Gloria Steinem has revealed.

Meghan Markle, 39, has become increasingly politically active in the last few months while living in her $14 million mansion with Prince Harry, 36, and their son Archie, one, having stepped back from royal duty in March of this year.

Last month, the Duchess joined the Democrat campaigner Gloria Steinem for a  ‘backyard chat’  in which they discussed a range of issues, including voter suppression, women’s rights, and the importance of representation.

And now the 86-year-old has revealed Meghan is even cold-calling US voters to encourage them to get out to the polls, telling Access Hollywood: ‘She came home to vote. The first thing we did, and why she came to see me, was we sat at the dining room table where I am right now and we cold-called voters. 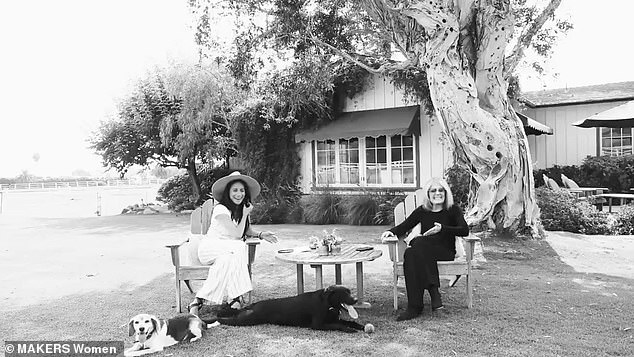 The Duchess of Sussex, 39, has been cold-calling Americans to ask them to vote, Gloria Steinem, 86, has revealed

‘Said ‘hello I’m Meg’ and ‘hello I’m Gloria’ and ‘are you going to vote?’ That was her initiative.”

She went on to say that Meghan had the princess ‘stereotype hanging over her head’.

Affectionately calling the Duchess ‘Meg’, she added that she is ‘smart’ and ‘political.’

The importance of voting, and women’s rights, are topics that Meghan has become well versed on, having herself spoken out at great length about the significance of the upcoming election as she moves to become more politically active in the wake of her stepping down as a senior royal. 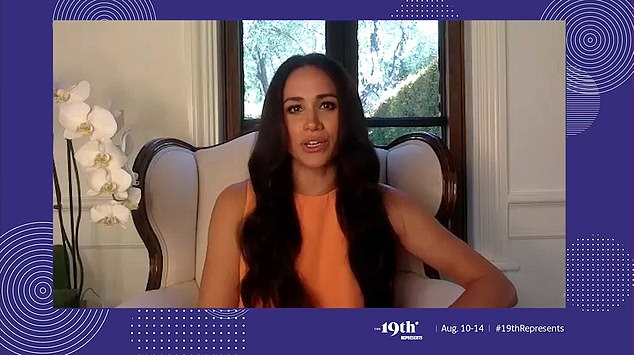 Over the past few months, the Duchess has  moved to become more politically active and taken part in multiple interviews and summits – having reportedly grown ‘frustrated’ at her inability to get involved in politics while she was working as a senior royal

Over the past few weeks, the Duchess has taken part in multiple interviews and summits – having reportedly grown ‘frustrated’ at her inability to get involved in politics while she was working as a senior royal.

Last month, she joined Gloria for a ‘backyard chat’ in which she made it incredibly clear who she plans to vote for come November, expressing her excitement at seeing a woman of color on the Democratic ticket – Joe Biden’s running mate, Kamala Harris – and explaining that the nomination was particularly meaningful to her because she is biracial.

‘I’m so excited to see that kind of representation,’ she said. ‘You know, for me, being biracial, growing up, whether it was a doll or a person in office, you need to see someone who looks like you in some capacity.

‘As many of us believe, you can only be what you can see. And in the absence of that, how can you aspire to something greater than what you see in your own world? I think maybe now we’re starting to break-through in a different way.’ 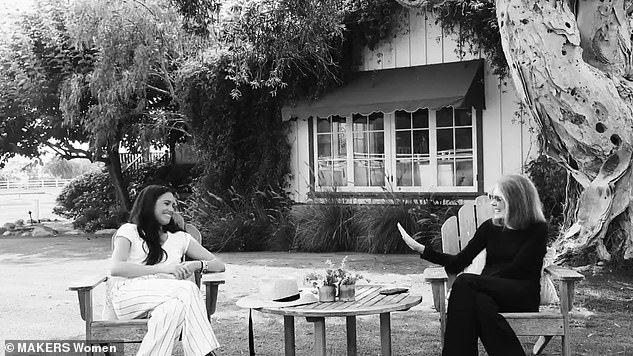 Gloria, who sat down with the royal for a ‘backyard chat’ last month, said the Duchess had encouraged her to cold-call voters ahead of the November election

Meanwhile, she has also taken in voter appeals, at which she made a bold plea to women across the US to take part in the 2020 presidential election, speaking out about the need for ‘change’ at an online voter summit, while telling participants: ‘If we aren’t part of the solution, we are part of the problem.’

Meghan made her stance on the 2020 presidential race clear when she addressed viewers at the When All Women Vote Couch Party – an online event organized by non-profit organization When We All Vote, which was founded by ‘her friend’ Michelle Obama.

Appearing as the opening speaker at the summit, Meghan expressed her ‘excitement’ at taking part, before telling those involved with the organization: ‘We need [your work] now more than ever.’

‘I’m really thrilled that you asked me to be a part of this,’ the mother-of-one began, adding: ‘I think this is such an exceptional time [and I am] happy to be here for my friend Michelle Obama’s When We All Vote, and to kick off the When All Women Vote Couch Party.’ 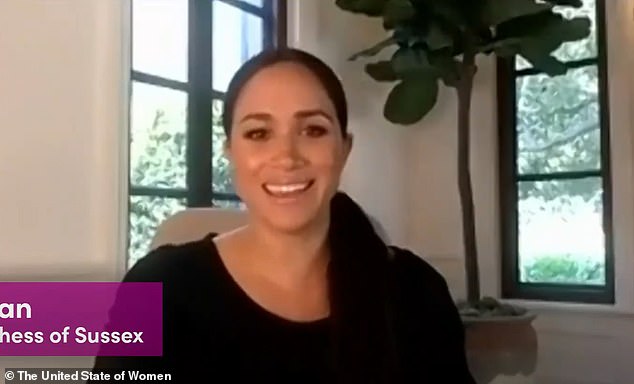 Speaking out: Last month, Meghan urged women across the US to vote in the 2020 election, telling a digital voter summit, ‘If we are not part of the solution, we are part of the problem’

Although the Duchess of Sussex has not named the candidate that she plans to vote for in the election, she made it clear that she believes there needs to be a change to the current administration, warning summit participants that ‘there is so much work to be done’ before they cast their votes.

The former Suits star’s decision to speak out about her political plans marks yet another major break from royal tradition for Meghan; traditionally members of the monarchy are expected to remain politically neutral, and therefore do not speak out about their opinions in public.

However, Meghan confirming to the world that she will be voting in the presidential election will come as no surprise to those closest to her – particularly after it was revealed by a royal source in January that the Duchess of Sussex was aiming to become more ‘politically engaged’ after she and Prince Harry quit their roles as senior royals at the start of the year. 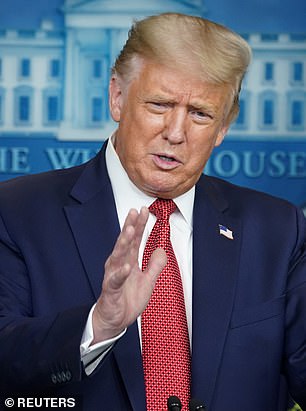 Criticism: Before marrying Harry, Meghan was outspoken about her dislike for President Donald Trump, branding him ‘misogynistic’ and ‘divisive’ in a 2016 interview after he won the election

At the time, an insider told the Daily Mail that Meghan had grown ‘frustrated’ by the fact that she was not able to be actively involved in politics while she was a senior member of the monarchy, and that she wanted to ‘take advantage’ of the freedom to share her opinions with the world.

‘The Duchess is said to be frustrated that she was forced to stay out of politics after getting engaged to Harry,’ the source said.

‘She has strong political opinions and will now take advantage of the greater freedom she has to express them publicly.’

Meghan did not reveal who she is planning to vote for the in the upcoming election – however, before marrying Prince Harry, she was incredibly outspoken about her dislike of President Donald Trump, branding him ‘misogynistic’ and ‘divisive’ during a talk appearance in 2016, shortly after he had won the election.

When Trump made an official state visit to the UK in June 2019, Meghan did not join the other royals in meeting him – a move that some royal sources claimed was her way of showing her disapproval of the President, although officially, her absence was blamed on the fact that she was still on maternity leave.

However, it was revealed in November 2019 that Meghan had invited Hillary Clinton to visit her and baby Archie at Frogmore Cottage – the family’s home in the UK – where the two women were said to have enjoyed a ‘very warm, sweet’ meeting.