With a love of sports hoodies, jeans and fleece vests, the magazine suggests the British political strategist, 48, stands out for all the wrong reasons.

Meanwhile Hollywood starlet Timothée Chalamet, 23, who is famed for his bold outfits on the red carpet, was crowned the best dressed men in the world by the publication. 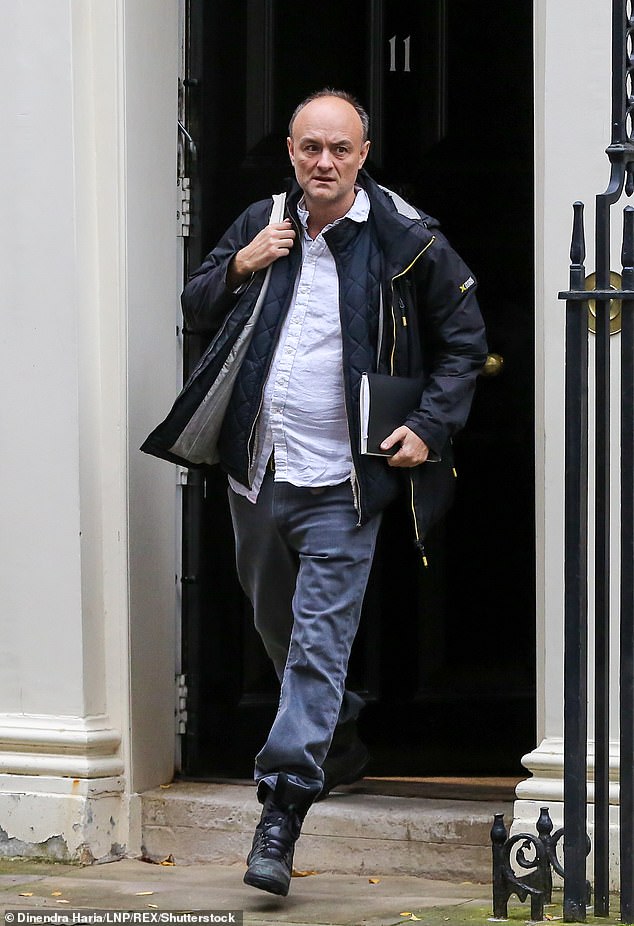 Dominic Cummings, the Prime Minister’s top political adviser, is well-known for sporting a blue and navy quilted gilet (pictured underneath his coat). He was named worst-dressed by GQ 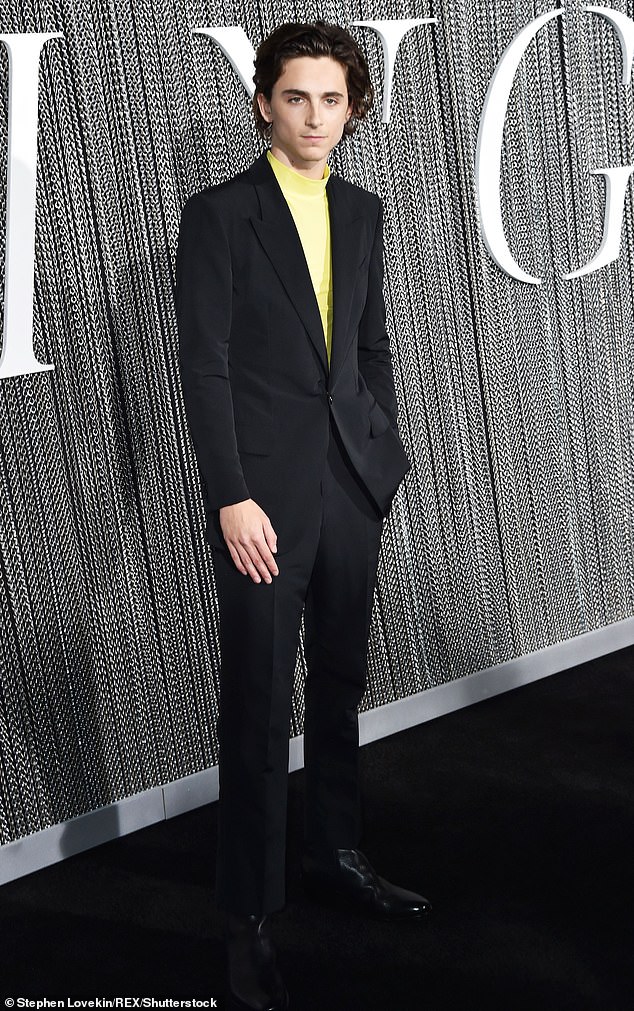 Timothee Chalamet (pictured), who is famed for his bold outfits on the red carpet, was crowned the best dressed men in the world by the publication

Mr Cummings led the Vote Leave campaign to victory in the 2016 referendum, before being asked to join Mr Johnson’s new administration in Downing Street.

He has been credited with masterminding the Prime Minister’s scorched earth approach to Brexit negotiations.

The strategist also grabbed headlines when he sacked an adviser to chancellor Sajid Javid, whom he suspected of leaking government information.

But at the other end of the scale, Call Me By Your Name actor Timothee, 23, beat stars such as Brad Pitt, David Beckham and Skepta to bag the number one best dressed spot.

Chalamet made headlines around the world earlier this year when he sported a pale grey belted silk and satin suit by Haider Ackermann to the premiere of The King at the Venice Film Festival.

A few weeks later he wore a custom Louis Vuitton sequinned hoodie by Virgil Abloh to the film’s premiere in London. 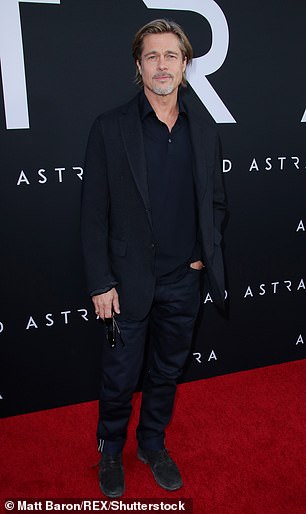 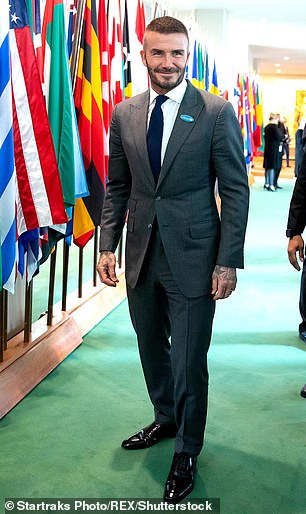 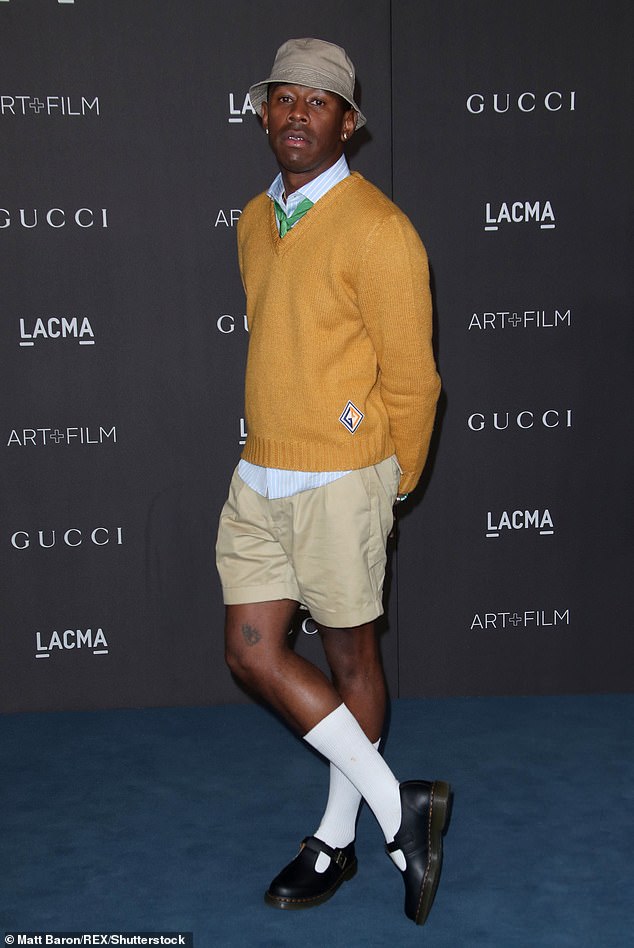 The magazine said: ‘Plenty of actors decide to take risks on the red carpet, and for that we applaud them, but so often it backfires.

‘Not so with Timothee Chalamet, who wears the trickiest of designer ensembles but manages to look as cool and comfortable as if he were wearing regular black tie.

‘A lot of this is to do with his androgynous, skinny physique and startlingly pretty face.’

Pitt came second on the list and was praised for his old Hollywood appeal, as displayed in his latest Quentin Tarantino film. 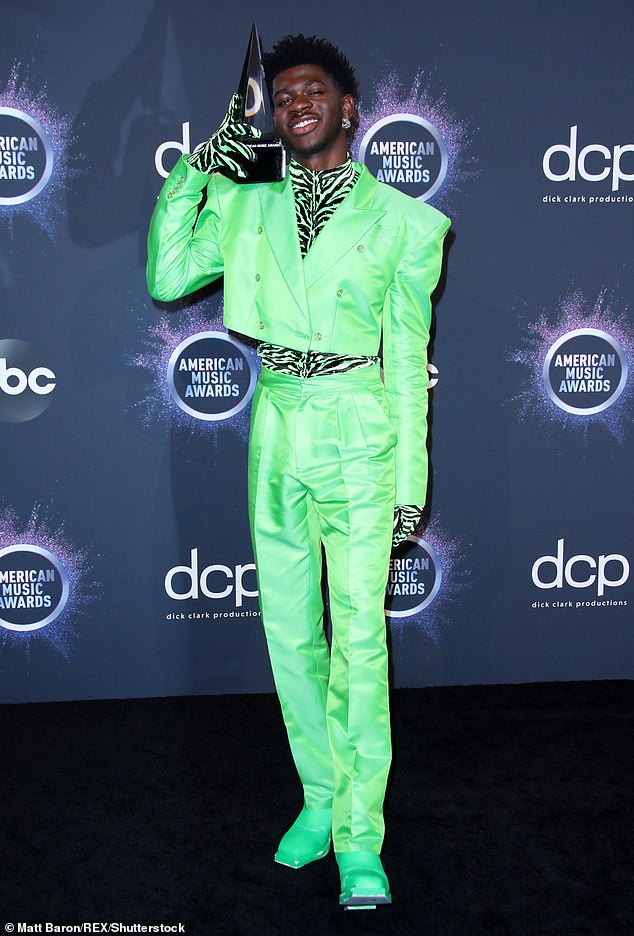 The magazine said: ‘Once Upon A Time In… Hollywood, itself a kind of lament to a bygone age of movie magic, shows us how an American icon should dress: T-shirt and jeans, cowboy boots, aviator sunglasses, baseball caps and Hawaiian shirts.

‘It’s at once rugged and masculine, but also friendly and approachable, all slung on with that characteristic nonchalance and ease.

‘Therein lies the magic and charm of Brad Pitt, both on the red carpet and off it: the golden boy from a golden era, the likes of which we may never see again.’

The full feature is in the January/February 2020 issue of British GQ, available via digital download and newsstands on December 6.