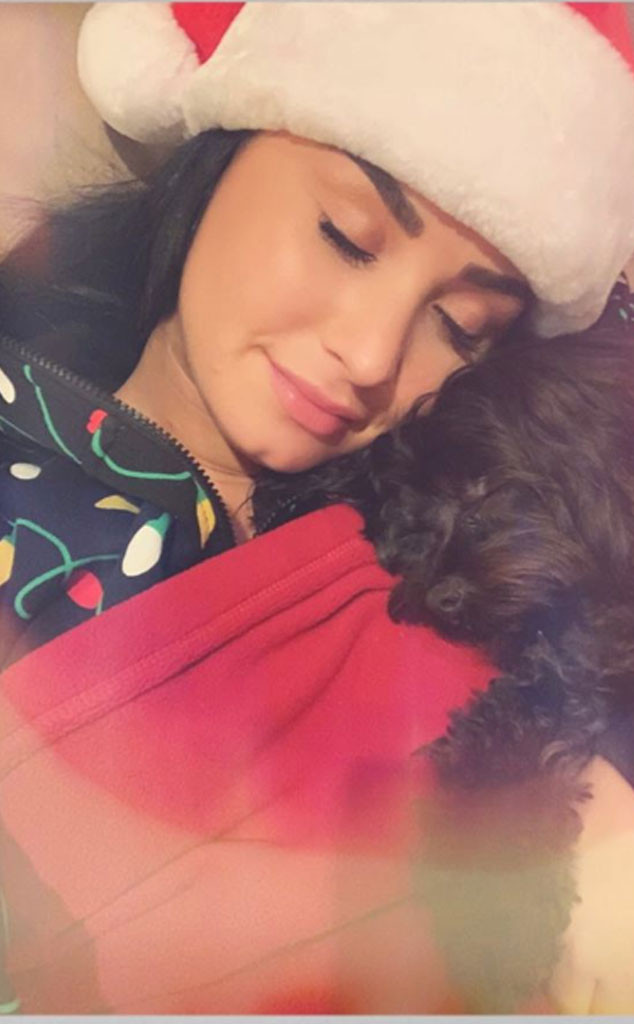 Demi Lovato spent her Christmas surrounded by her family and loved ones—especially her dogs.

The “Confident” singer shared photos and videos from her Christmas Eve and Christmas morning, which included fun activities like cookie decorating on Monday night. On Tuesday morning, she and her sisters Dallas Lovato and Madison De La Garza as well as her mom Dianna De La Garza and step-dad Eddie De La Garza unwrapped presents and were elated about their gifts.

All of their dogs had a huge presence in Demi’s Instagram Story, including her pup Batman. She posted one selfie snuggling up with her little furball Batman as he rested his head on her chest. It looked like the comfiest of cuddle sessions!

The artist has been focusing on herself and her wellness ever since she suffered a drug overdose six months ago. She spent about three months in rehab and has since grown a new mindset about her “fresh start.” 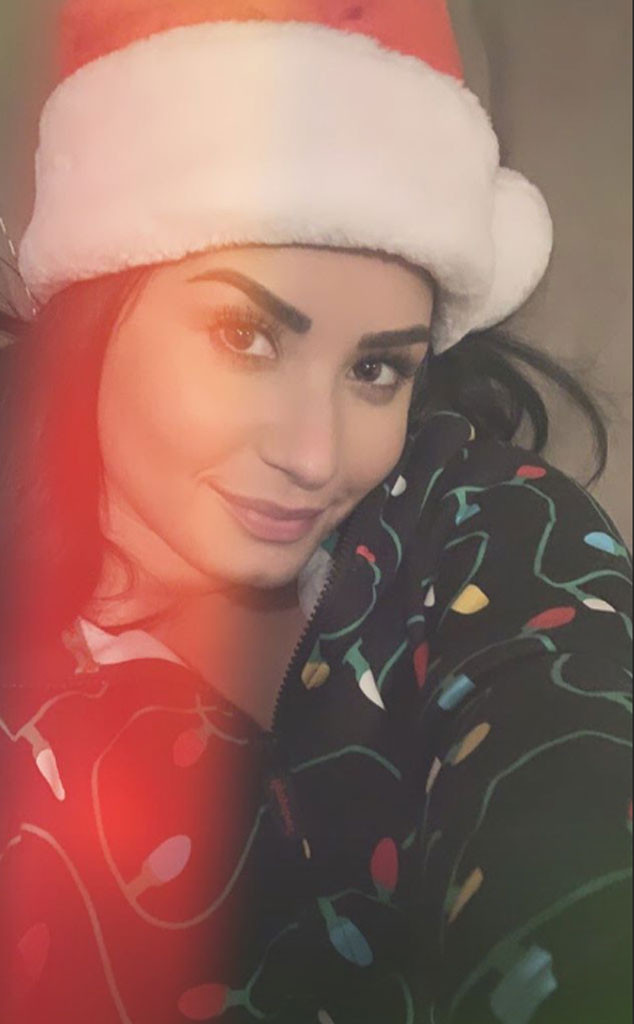 On Saturday, Demi spoke out about her sobriety and the gossip stories that have followed her endlessly. She had one experience recently, although she did not say what, that prompted the singer to take to Twitter and clear the air.

“I love my fans, and hate tabloids. Don’t believe what you read. People will literally make up stuff to sell a story. Sickening,” she wrote in one tweet.

Demi penned in another tweet that she would tell people “MYSELF” if “the world needs to know something.” She continued, “Otherwise people stop writing about my recovery, because it’s no one’s business but mine. I am sober and grateful to be alive and taking care of ME.”

In her third message, the 26-year-old said eventually she will “tell the world what exactly happened, why it happened and what my life is like today.” However, she isn’t ready to spill all the details yet. “I still need space and time to heal,” she wrote.

For now, Demi is “working hard on myself” and that’s what she wants her real fans to know. “I’m happy and clean and I’m SO grateful for their support,” she added.

Plus, her followers have huge reason to celebrate. She was just nominated for her second Grammy award for her song “Fall in Line” with Christina Aguilera. “Dreams come true y’all,” she wrote that day.