A Dallas real estate agent is on life support with brain damage after she traveled to a clinic in Mexico last month for several plastic surgery procedures including a nose job and breast augmentation. Before Laura Avila’s procedures actually began, there were major complications.

CBS News correspondent Anna Werner spoke to a prosecutor in Mexico who is now handling an investigation into the Rhino Center where Laura was treated. No formal charges have been filed yet, but the clinic has been raided.

Enrique Cruz said he was at the Rhino Center in Ciudad Juarez last month, when his healthy fiancée Laura went in for plastic surgery. Eight hours later, doctors said there was a problem. 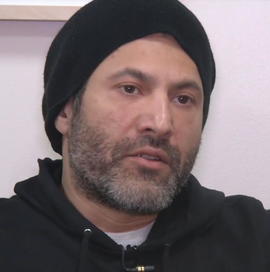 “The only thing that they told me was that they had to take her to the hospital because that, the anesthesia wasn’t wearing off and they did not know why,” Cruz said.

Laura’s sister Angie Avila said doctors at the Mexican hospital where her sister was transferred, told them the Rhino Center put the anesthesia in the wrong place in Laura’s spine, her brain swelled, her kidneys failed and she went into cardiac arrest.

“I just said to myself, ‘This isn’t happening. This can’t happen,'” Angie said. “Because of the brain damage she suffered, she’ll never be our Laura again.”

Laura’s fiance said he researched the clinic and found positive reviews online. Angie said they have family in Mexico and growing up often crossed the border to visit from El Paso.

“It sounds crazy to say, ‘Oh they went to another country,’ but to us, you know, it’s home. It’s familiar,” Angie said.

A 2017 study estimated nearly 1.5 million Americans were expected to travel outside the U.S. for medical care. In Mexico, procedures can cost anywhere between 40 and 65 percent less than in the U.S. Laura’s family estimates her procedures were somewhere around $8,500.

“People are seeking alternatives,” said Josef Woodman, CEO of Patients Beyond Borders. “The oversight in countries like Mexico isn’t up to the same standards as it is on the United States.”

Text messages provided by Laura’s family allegedly between her and her doctor at the Rhino Center, show Laura did have reservations about the procedures. On August 25, Dr. Judith Hernandez wrote: “you will get a mix of sedation and blocking.” Laura later responded, ‘I’m sorry but I don’t understand what sedation and blocking is and I’m concerned because I’m very nervous.'”

“Never in my life did I imagine that we would get to El Paso and they would tell us she suffered severe global brain damage,” Angie said.

Last week, Laura was transferred from the hospital in Mexico to El Paso, where she is currently on life support. Her family said they want the Rhino Center to be held responsible.

“As long as my heart is beating, I will make sure they pay for what they did and this can’t happen to anybody else,” Angie said.

Laura’s family has to decide very soon whether to pull life support. CBS News tried calling the Rhino Center several times for comment, but as soon as we said we were from CBS News, we were hung up on.