Rob Wilson from Kent launched Toast Ale – a beer made from surplus bread – in 2016 and the company now turns over £1million a year. 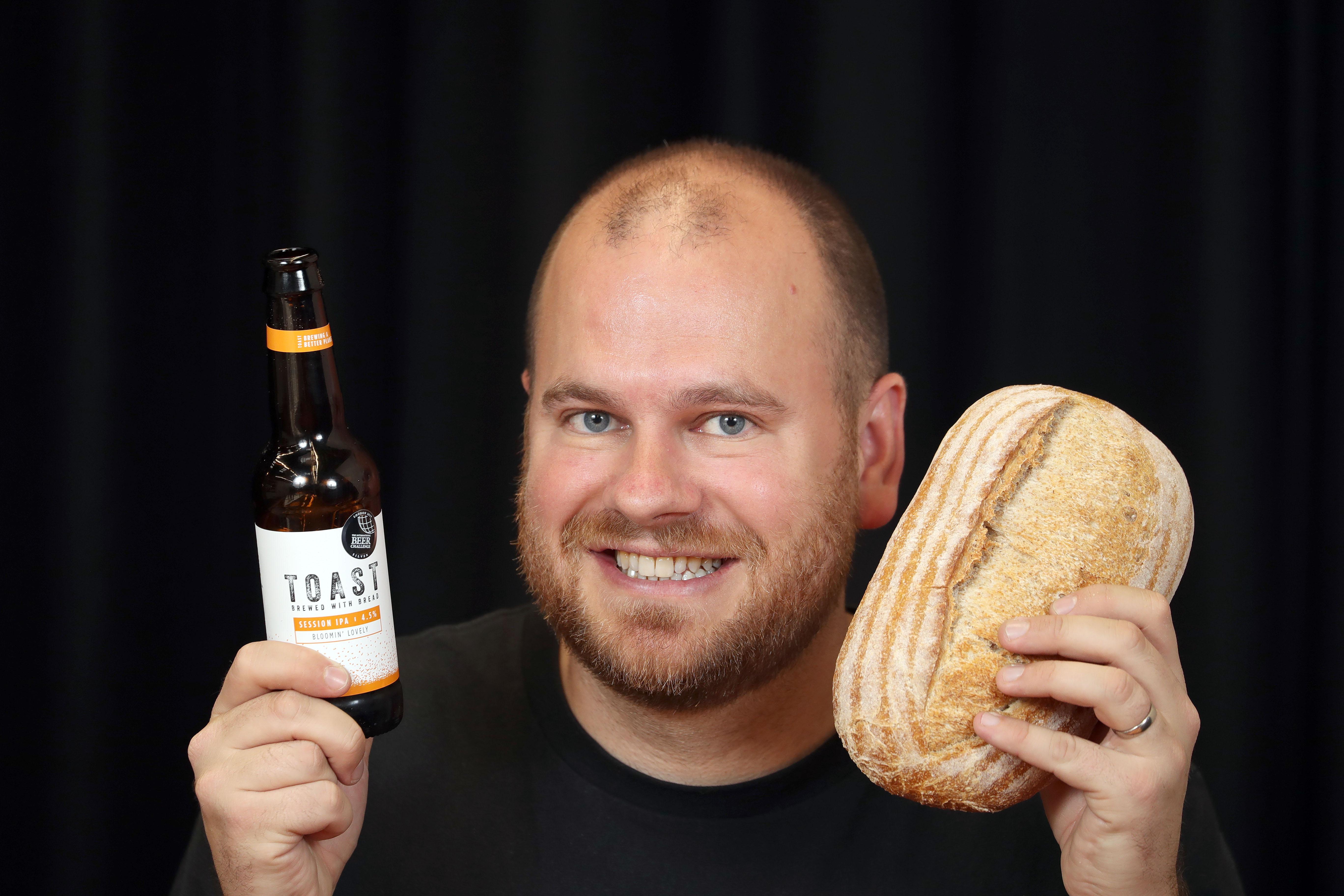 The 35-year-old told The Sun: “The idea was to provide a tasty solution to the shocking daily waste of bread. We estimate that, 44 per cent of all bread is thrown away in the UK.”

He explains that co-founder Tristiam Stuart, a food activist and friend of Rob’s, was inspired to use leftover bread to make beer after a trip to Brussels where he tried Babylone – a beer produced by a Belgian brewer which follows the same process.

But making beer out of bread isn’t actually new – Toast Ale’s recipe is inspired by a 4,000-year-old practice from the ancient city of Babylon in Mesopotamia, where today’s Iraq sits.

To make the beer, Toast Ale replaces some of the malt in the brew with bread, extracting starches and breaking them down into fermentable sugars, so the bread is more than just a flavouring. 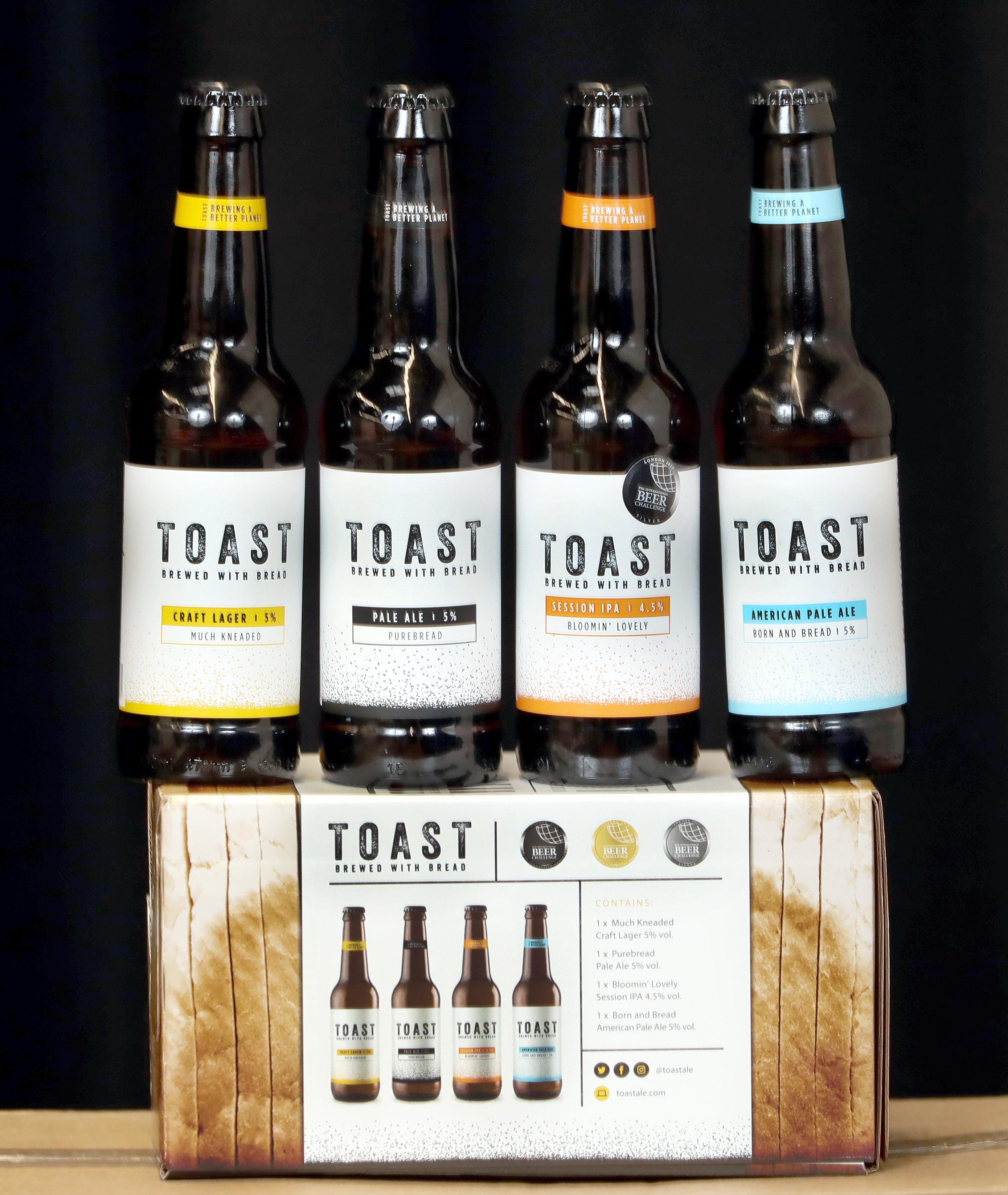 Toast Ale takes surplus bread from sarnie factories, bakeries and supermarket that would otherwise be thrown away.

Each bottle has the equivalent of one slice of bread in it and an alcohol content of 4.5 per cent – but you won't find any croutons bobbing in your brew.

Instead, the drink has a smooth finish with a hint of caramel, citrus and wheat.

But setting up the company wasn’t easy.

Rob said: “I couldn’t directly quit my job. At the time I was running an organisation called Ashoka that supports social enterprises and social entrepreneurs.

"At first I had to treat Toast Ale like a side hustle, which meant a lot of homework and long hours.

Rob's top tips for other wanna be entrepreneurs

“Six months after the launch, I resigned to be involved with Toast Ale full-time. It was terrible timing. I was expecting my second child and Thomas, my eldest was just two-years-old, so he also needed attention.

“I had to have a serious conversation with my wife. She was worried but very supportive.”

Co-founder Tristiam still continues to manage Feedback, the environmental campaigning organisation he founded in addition to his work with Toast Ale.

The two friends launched the company using tens of thousands of their own savings and their hard work is finally paying off. Toast Ale has now expanded from a small brewery in Hackney in east London to much bigger premises in Yorkshire. Although, the pair mostly manage the company from their office in South London.

From a small team of four people it now employs 25 workers worldwide – including 18 in the UK.

Their first beer style was a popular Pale Ale.

In 2017, Toast successfully raised an additional £30,000 on Crowdfunder with an initial £1,000 crowdfunding support from GoDaddy to brew two new beer styles – a Session IPA and a Craft Lager, which were released in 2018.

Here, investors were given three jumbo cases of 24 bottles of Toast Ale for £150 worth of funding.

That same year Toast also teamed up with the Chelsea Craft Brewing Company in New York to create an American pale ale.

In the UK, the beer is stocked in major retailers including Tesco, Waitrose and Wholefoods at about £3 a bottle.

THE SURPLUS STORY 'We’re trashing the planet to produce food that no-one eats' – Tristram Stuart, founder of Toast Ale & @feedbackorg // Did you know that one-third of all food is wasted? That’s 1.3 billion tonnes wasted globally every year – 15 million tonnes in the UK. Food production is the single biggest impact that humanity has on the environment as it uses huge amounts of land, fuel and energy. ⠀⠀⠀⠀⠀⠀⠀⠀⠀ // Head to our profile & learn more about foodwaste? ⠀⠀⠀⠀⠀⠀⠀⠀⠀ ? Tom Moggach #raiseatoast #foodwaste #foodsustainability #foodwastewarriors #foodwastefight #foodwasted #breadwaste #foodie @bcorporation #bcorp #bcorporation #bcorps #bethechange #bcorpcommunity

Rob said: “The positive media coverage around Toast Ale made it easier to speak with retailers and stockists. Our story has been shared on prime-time TV shows including Jamie Oliver’s Friday Night Feast, Channel 4’s Food Unwrapped, and BBC’s The One Show.

“We were also awarded a two-star Great Taste award for our Pale Ale.”

Looking to the future, the pair want to extend their global reach.

Rob said: “Our ambition is to be brewing and distributing in 10 countries in the next couple of years. We want to share our recipe and inspire the brewing community to create their own versions.

“Striking a work-life balance is the most difficult part of my job. It’s important to try and prioritise genuine family time and holidays.

“Despite the long hours, it is an amazing privilege people to have such a hard working team. No one is here just for the paycheck at the end of the month. It’s the most rewarding thing at the end of a long day at work.”

Earlier this month, we revealed how Lee White, 36, from Blackpool went from working as an apprentice to running his own business with a turnover of around £1.4million each year.

The Sun also spoke to a former nurser who has swapped bandages for clippers by launching her own spa for dogs – and her business is now predicted to have an £85,000 turnover next year.

And we’ve also chatted with the 31-year-old GCSE dropout who started £30million fashion empire In The Style with just £1,000.