First Lady of Instagram! Czech Prime Minister’s wife, 44, wins legions of fans thanks to selfies with Melania and Merkel – and VERY loved-up snaps with her 64-year-old billionaire husband

While most political wives of Europe keep a discreet distance from the public eye, the Czech Republic’s First Lady is the exception to the rule with an Instagram feed that could easily be mistaken for the account of a glamorous reality star.

Monika Babisova, 44, has been the partner of Andrej Babisov for more than 20 years, after meeting when she worked for the billionaire former businessman as his secretary.

Since his election as Prime Minister just under a year ago, she’s certainly been enjoying the opportunity to network on the world stage, and sharing her encounters with her 23,000 Instagram followers.

This weekend, the couple attended commemorations in Paris marking the 100 years since the end of the First World War, and Monika wasted no time sharing glamorous snaps of herself contemplating the Eiffel tower and cosying up to Melania Trump.

‘She is soooo beautiful,’ she captioned a snap of the pair together wearing similar grey dresses at a lunch at the Palace of Versailles. 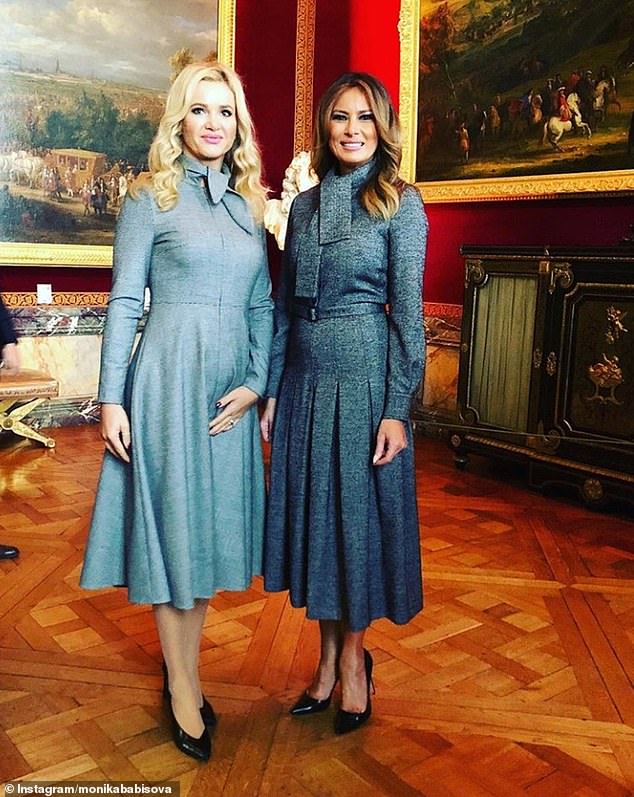 Monika Babisova, 44, wife of the Prime Minister of the Czech Republic shared a snap of herself with Melania Trump at the Palace of Versailles over the weekend, declaring the US First Lady ‘so beautiful’ 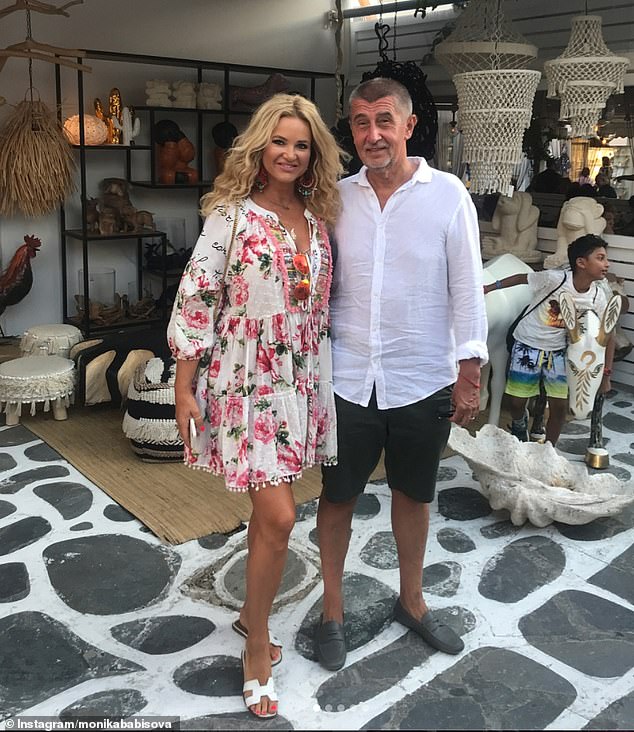 Monika and her husband Andrej on holiday in Mykonos. The couple met 23 years ago when she worked as his secretary and share two children, but only married in 2017 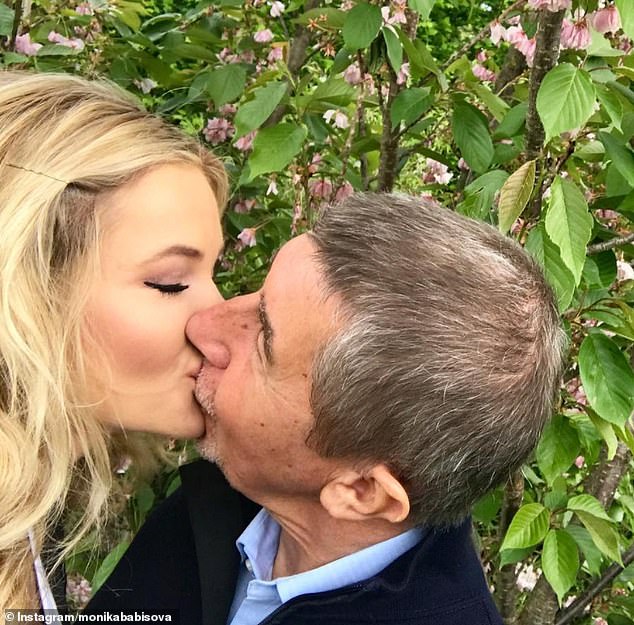 Her love of Instagram also offers followers a candid glimpse into her life with the Prime Minister, who originally made his fortune in the agriculture business and owning two media organisations.

And she’s certainly not shy about sharing a loved-up selfie of the pair kissing or larking about at home.

The couple share two children Vivien and Frederik who are in their teens. 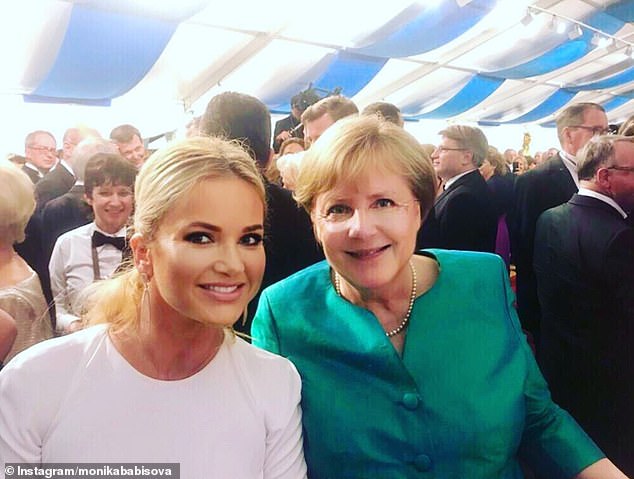 Friends in high places! Monika shared a selfie taken with German Chancellor Angela Merkel at an after party during the Bayreuth music festival in July 2018 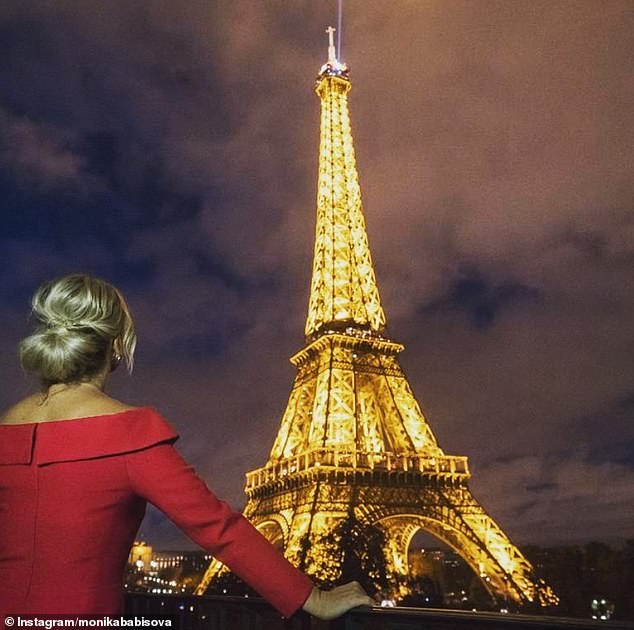 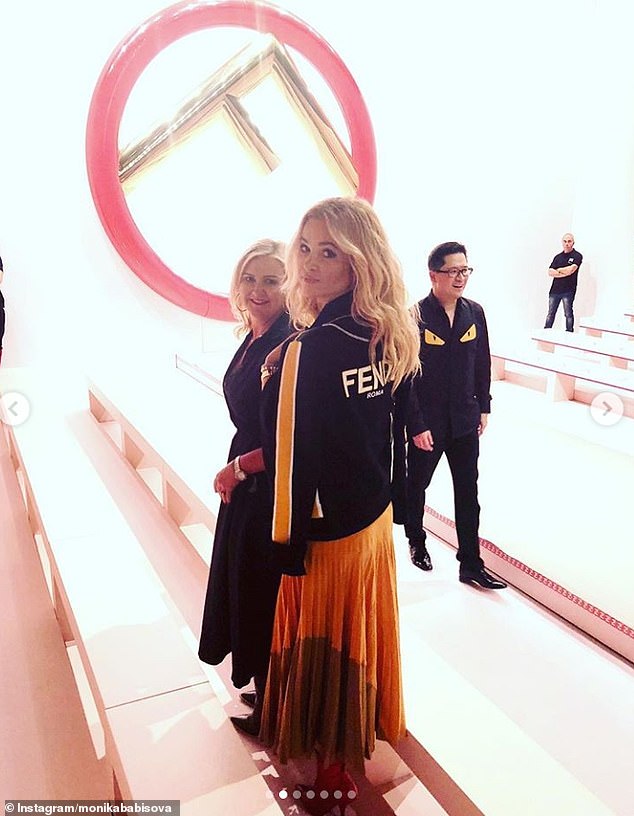 Dedicated follower of fashion! Monika, who admits she pends ‘a lot’ on her wardrobe on her way to the Fendi show at Milan Fashion Week in September 2018

In her downtime, she’s a keen follower of fashion and is likely to be seen on the front row at Fendi, after previously admitting she spends ‘a lot’ on fashion.

‘I really do not know. I’ve never counted it, and I do not even want to know,’ she told vaaju.com.

‘I think now that Andrei is in politics, I started spending even more. Because I have to have quite decent clothes, I really spend a lot.’

She listed her vices as smoking, although she’s now given up, prosecco and not going to the gym. 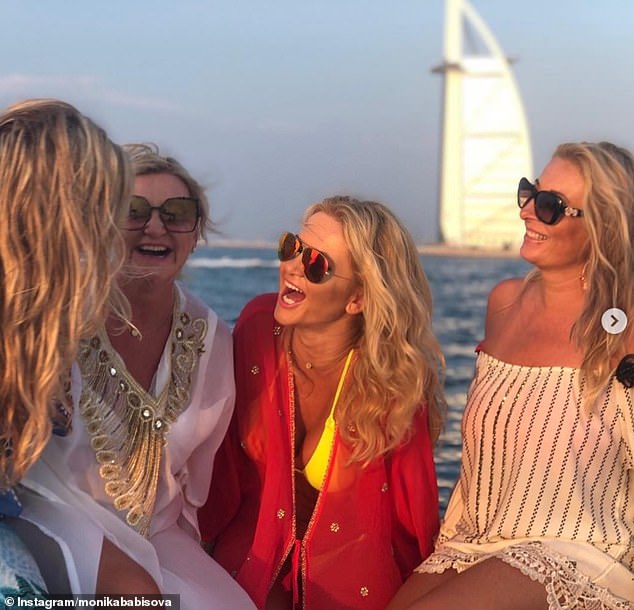 Time with the girls! Monika (centre) enjoying herself on a recent girls holiday to Dubai 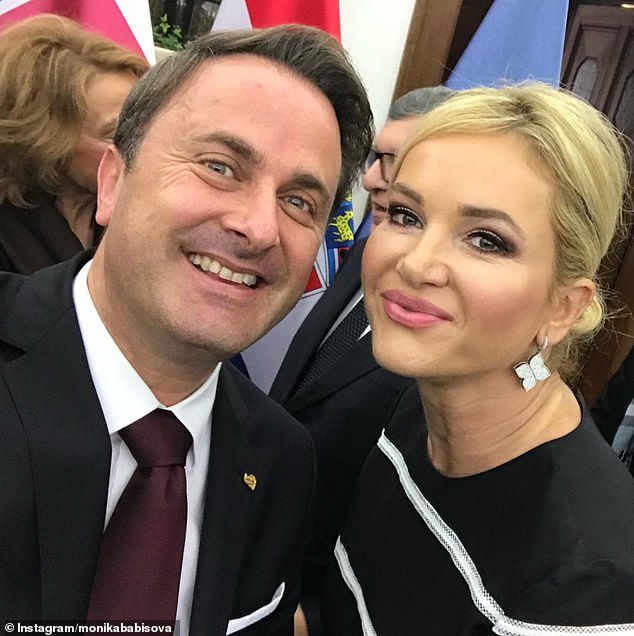 She loves a selfie! Monika couldn’t resists getting a snap with the Luxembourg Prime Minister Xavier Bettel during celebrations marking 100 years since the establishment of Czechoslovakia 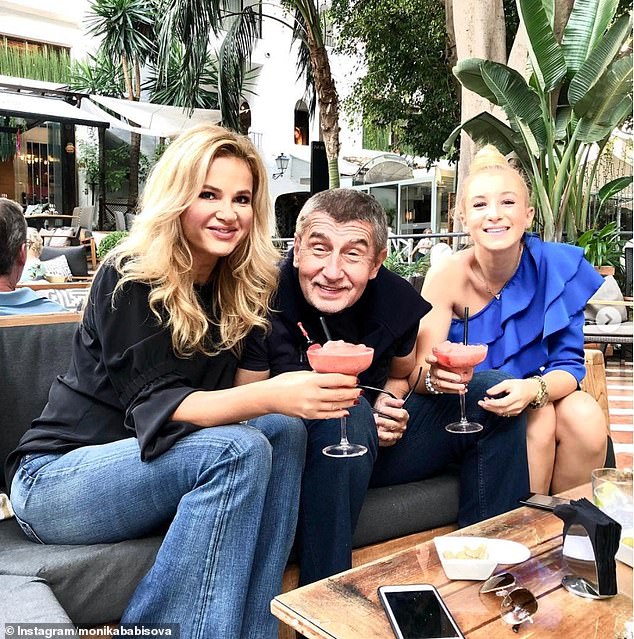 Happy families! Monika, 44, and her husband Andrej enjoying cocktails with their daughter Vivien 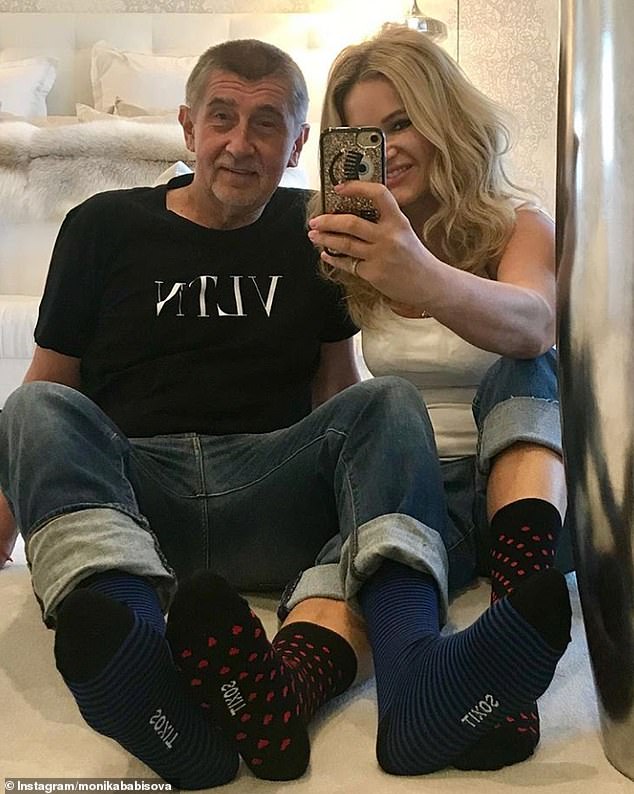 Even though she’s a First Lady, Monika took to Instagram to plug a new sock brand called Soxit

‘I try to keep looking as good as possible, to be pleasant, and above all to be myself. That’s how he knows me and I think that’s how he likes me.’

However she’s not content to live in her husband’s shadow or spending her time flitting from one glamorous event to another.

As well as her charitable foundation, she has also been working on the launch of a boutique hotel and restaurant.

‘I don’t just wait at home for my husband to come home from work and tell me what’s next. I am simply independent,’ she told Luxury Prague Life.

‘I’ve been working on the entire project for about two years. I design and furnish the interiors, and I also invented and created the entire hotel. So I am definitely not bored.’ 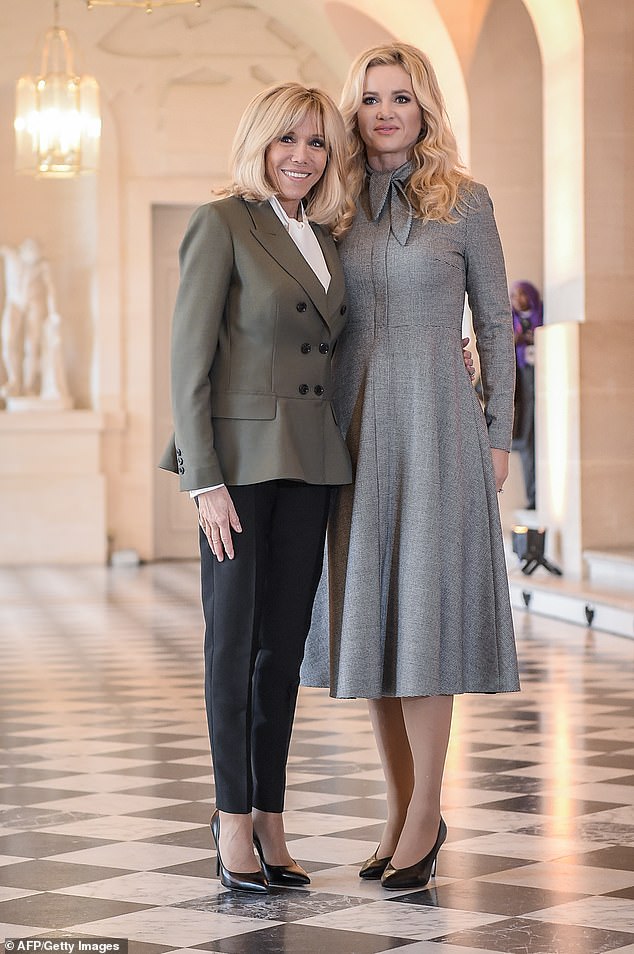