Though Cincinnati is where I was born and raised, I haven’t lived there in adulthood. While writing novels, I’ve lived mostly in other Midwestern cities, including, currently, Minneapolis. But my parents and my brother P.G. are still in Cincinnati—P.G. is serving in his third term as a member of the Cincinnati City Council—and he was the one who first mentioned my look-alike to me. He knew Kate and John, and P.G. said that during a marathon, when Kate stood on the sidelines cheering for runners, two of them had approached, clasped her hands, and, thinking she was me, said, “We’re such big fans of yours!”

Apparently, being mistaken for me happened to Kate every month or two—at restaurants and weddings, on an airplane, and once when she was eight months pregnant. In other words, she was recognized for being me more often than I was.

In November 2018, I returned to Cincinnati for a big library-sponsored event in which I was interviewing Margaret Atwood onstage. Outside the hotel ballroom, when a dark-haired woman introduced herself, I realized immediately that this was my doppelgänger.

Is it narcissistic to say I liked Kate right away? She was funny and smart, and we did look a lot alike—two slightly tall white women in our early 40s with brown eyes; dark, straight, shoulder-length hair; and aquiline noses, which I believe is the fancy word for not small. Depending on the angle, the resemblance was either moderate or uncannily intense.

We talked about the Clintons—Kate’s job was with the Clinton Health Access Initiative, and I was writing a Hillary Clinton–inspired novel—and Kate said she’d attended meetings with Bill and Chelsea but never met Hillary. Kate and I also, of course, discussed being “twins.” I told her that henceforth when anyone said “I’m such a fan” to her, she was welcome to just say thank you. As it happens, I have two sisters who are sometimes mistaken for me and vice versa, and we have a standing agreement not to correct the other person unless there’s a good reason.

That night, both Kate and I were dressed up. I spend most of my waking hours inside my house, wearing leggings and fleece jackets as I imagine the lives of the characters in my books. But for the library event, I wore a black dress with white polka dots, and Kate wore a dark blue cocktail dress. Her husband, John, took a picture of us. First, he took a picture in which I had on a jacket, but when we looked at the image on his phone, we realized for maximum similarity, I needed to remove the jacket and Kate and I needed to pose identically, with our hands on our hips. 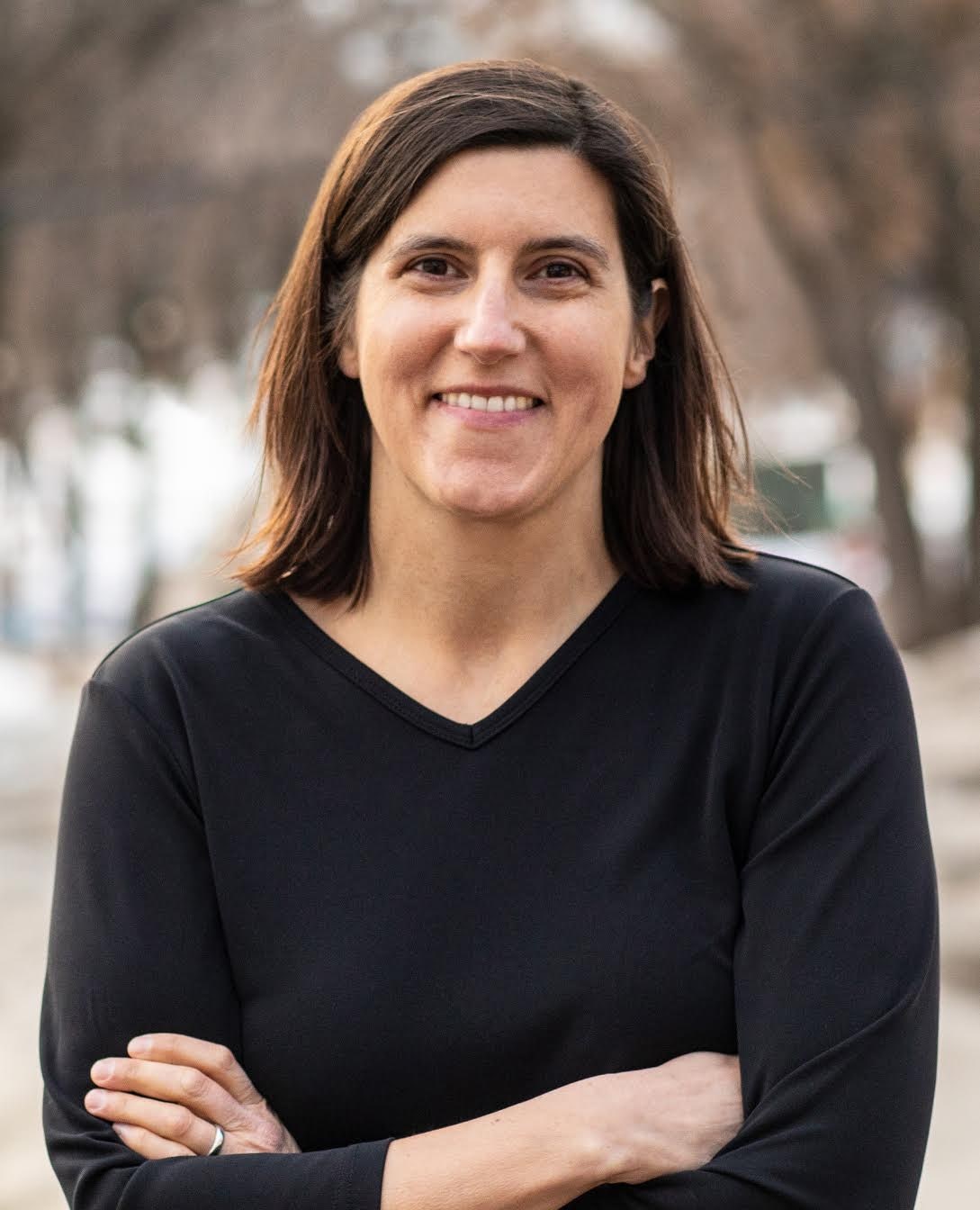 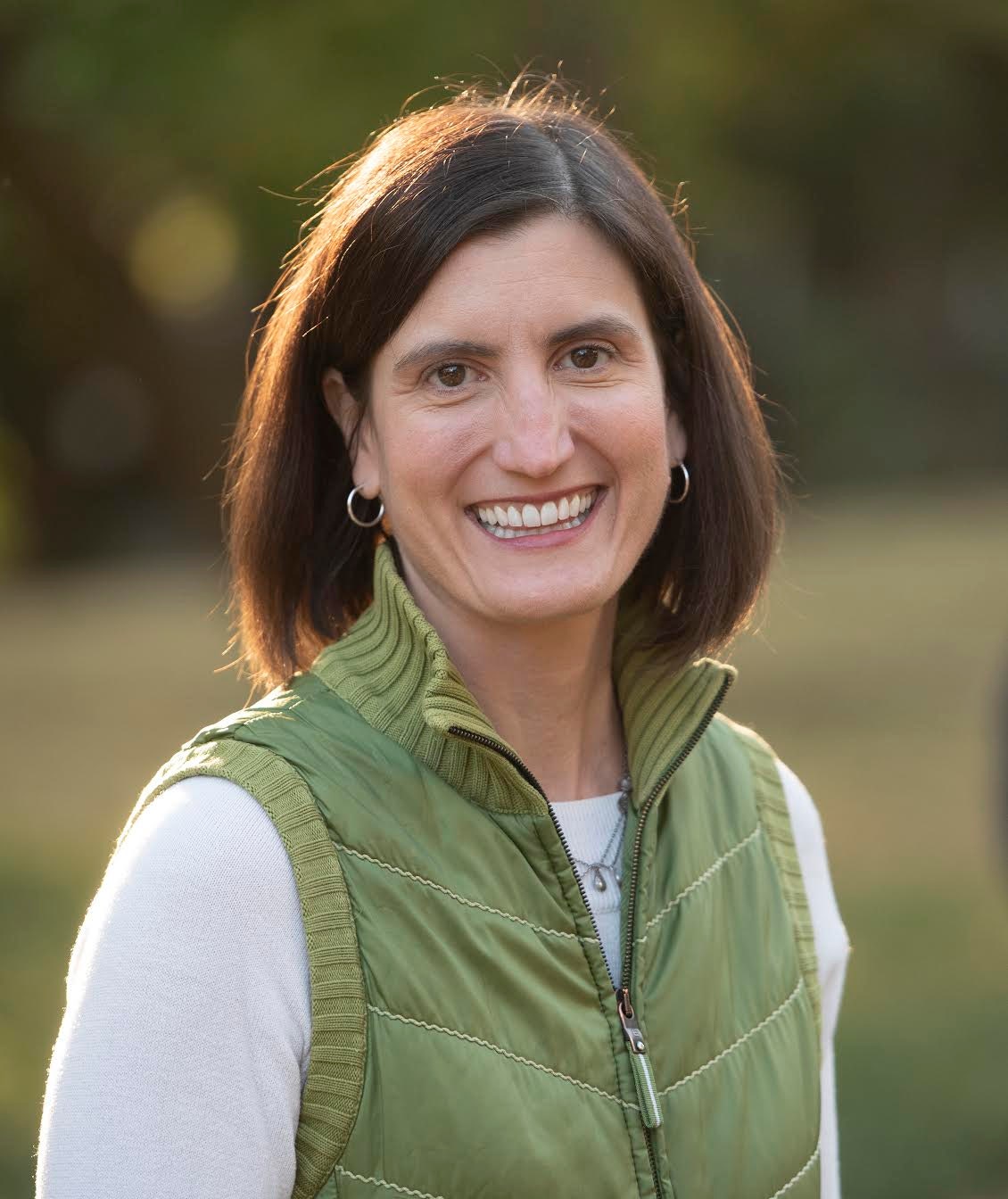 After the event, I posted the photo on Twitter, flew back to Minneapolis, and resumed working on my latest novel. It was a book with a rather quirky premise: What if Hillary had never married Bill? (In real life, she turned down two of his proposals before accepting the third.) For my alternate history, which I’d titled Rodham, I’d read many books and articles about women in politics and about the 2016 election.

Admittedly, the topic of my novel would not usually be relevant to the story of my doppelgänger. In fact, I’m not so sure that, under normal circumstances, there would be a Story of My Doppelgänger unless it was a made-up story. The fiction I write is grounded in reality. It’s about friendships and marriages and families, and it’s often set in the Midwest. But I try to make the lives of my characters more interesting—more plot-y, or at least more satisfyingly plot-y—than real life tends to be. Strange and amusing and embarrassing and poignant things happen to all of us, yet often these are moments rather than stories. They lack a narrative arc, and to be a story, structure and meaning must be imposed.

But the topic of my novel is relevant here, and this is why: In July 2019, Kate Schroder announced that she was running for Congress in Ohio’s First District. She’s a Democrat challenging a Republican incumbent, Steve Chabot, who has held the seat, with the exception of one two-year term, since 1994. Chabot is 67 and a former lawyer who questions whether climate change is real, supports fully repealing the Affordable Care Act, and has voted many times to restrict the legality of abortion. (In case this isn’t already clear, I am, like Kate, a Democrat.)

Meanwhile, back to my novel: When you write a book, even if it’s fiction, there’s a responsibility for information that you take on. You need to be able to credibly explain the events that your characters experience, whether those events are living in 14th-century France, studying sharks as a marine biologist, or running for political office. Without giving too much away, I can share that multiple characters in Rodham run for office, and that to depict them doing so required my understanding election cycles not from the outside, as a voter, but from the inside—basically, as a participant.

During the three years I worked on Rodham, I often texted my brother P.G. with questions: Who are the first few employees hired for a political campaign? What’s a typical event where party members living within a state socialize? Which members of a senator’s staff call them by their first name?

I can say with confidence that I will never run for political office. Even when there’s no quarantine, I routinely, for days at a time, don’t interact with a single person besides my husband and kids, and I definitely prefer wearing fleece jackets to dresses. But I’ve given a lot of thought to the minutiae of what running is like, from a candidate’s daily schedule to the precise words she uses while speaking to voters.

Since my look-alike decided to run for office—in my hometown, as a Democrat—there has been something surreal and even downright novelistic about observing her from afar.

This has proved especially true in the age of social media, when I can pretty much track what Kate does every day. Prior to social distancing, there she was canvassing in the town of Mason, Ohio. There she was speaking on a panel at the Cincinnati branch of the NAACP. There she was crouching a little, smiling, and making eye contact with a potential voter, or with one of her kids, or with someone else’s kid, while wearing a professional and well-tailored dress in a solid color.

Perhaps this is the moment to acknowledge—with apologies if I’m setting back feminism in doing so—that, in addition to being two years younger than I am, Kate is also a bit fitter and trimmer with chicer clothes. It’s possible she looks like the movie version of me rather than actual me. Would I, in real life, on a weekday, wear a professional and well-tailored maroon dress? No, never. I feel like I’m making an effort when I put on black jeans. Would I, in a political ad, lace up my sneakers and jog up a hill? Having not gone running since 2011, I can say absolutely not. My leggings are for writing in.

I sometimes see photos of myself and think, Hmm, that’s actually not how I pictured those pants fitting in my mind’s eye. When I see images of Kate gracefully shaking hands or tilting her head to listen at a roundtable, an elegant scarf wrapped around her neck, I think, Yeah, surely that's how I look.

In spite of my suspicion that if we stood side by side, the comparison might not be entirely flattering to me, I didn’t hesitate to reach out to Kate last fall to ask whether she thought it would be fun if I joined her for a fundraiser, where I’d be the opener and she’d be the headliner. I was delighted when she said yes. In the email he’d sent connecting us, my brother P.G. had referred to it as a Twinning Event, and we scheduled it for the Sunday after last Thanksgiving. About 100 people gathered for a reception at the home of a Democratic supporter both Kate and I knew. P.G. introduced Kate and me, and I read a few pages from Rodham. Then Kate delivered her stump speech, and I was genuinely dazzled.

She spoke warmly and straightforwardly. She described being a fifth-generation Cincinnatian, described the vulnerability she felt after being diagnosed with cancer and her gratitude for having insurance, described serving on the Board of Health in Cincinnati and working to get more dentists in public health clinics, described the need for commonsense gun safety measures and for addressing climate change, described her love of making to-do lists, her low ego, and her determination.

More than one book reviewer has noted that, in my novels, I don’t shy from following my characters into the bathroom. (I mean, hey, it’s part of everyone’s life.) As Kate recalled her time overseas working to reduce child fatalities caused by diarrhea, I thought, Wow, you like talking about poop as much as I do! But in a much more dignified way.

I thought, You are amazing, and you bring honor to middle-aged brunettes from southwest Ohio.

And, regarding my own interest in Kate, I thought, Come for the narcissism; stay for the fight to save our democracy.

Because really, like many people, I’m deeply troubled by the current presidential administration—by its policy separating parents and children at the border, its unrepentant racism and bigotry, and its attacks on the environment—but I don’t always know how to channel my distress. To listen to this person speaking eloquently in defense of Democratic ideals and human rights and plain old common sense was deeply inspiring. For this person to be a 42-year-old woman running for office for the first time was even more inspiring. For her to look so much like me—well, I was tempted to stand on my chair and cheer. In the six months since that evening, as the pandemic has been mishandled with grave consequences, electing people with public health expertise has never seemed more important.

Even though I’m not eligible to vote for Kate, I feel incredibly invested in the outcome of her race. I have a fantasy that in the coming years, as I return to Cincinnati for visits, I’ll be at a restaurant or on an airplane and someone I don’t know will tell me, “We’re such big fans of your work in Congress.”

I already know how I’ll reply. I’ll smile and say thank you.

Curtis Sittenfeld is the author of six novels, including Rodham, Eligible, American Wife, and Prep.

All products featured on Glamour are independently selected by our editors. However, when you buy something through our retail links, we may earn an affiliate commission.