Pint-sized competitive eater devours a 9,000 calorie cheeseburger containing NINE patties in just 20 minutes – and she even has room for fries

A petite blonde has shared the incredible moment she devoured a 50oz burger  in just 20 minutes in her latest eating challenge.

Kate Ovens, 24, from Fleet, Hampshire, has won a legion of fans after taking part in a series of competitive eating challenge and her latest is the largest burger challenge she has completed.

A month after her last feast which saw her take on a mammoth Full English breakfast, 5ft5ins Kate made a triumphant return.

For the challenge the YouTube star visited Libertine Burger in Leamington Spa earlier this month to take on the burger. 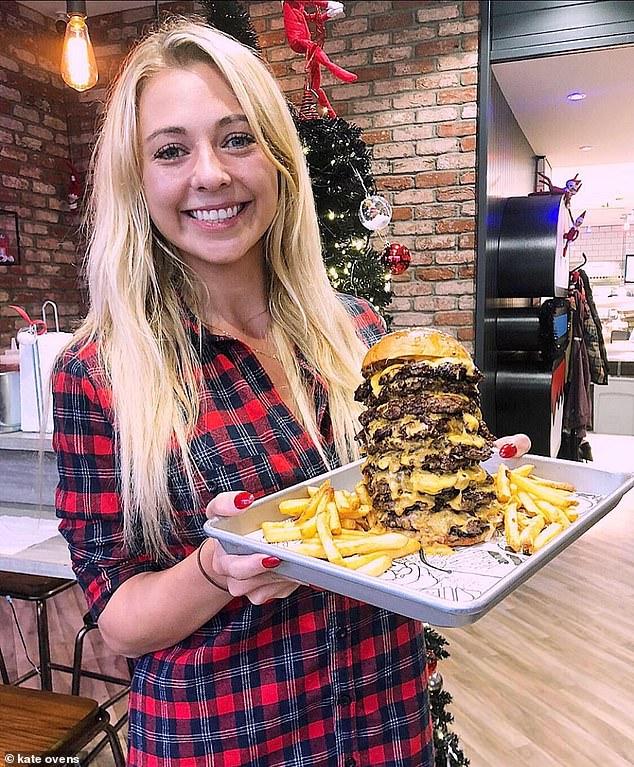 Kate Ovens has completed her biggest ever burger challenge, devouring an enormous 50oz burger at Libertine Burger in Leamington Spa

The burger consists of a total of nine beef patties, smothered with cheese and sandwiched between a brioche bun containing an estimated 9,000 calories.

Speaking in the video which Kate shared on YouTube channel, she said: ‘If I finish it it will be the biggest burger I’ve ever completed.’

Six minutes into the challenge Kate has made her way through four patties, but admits that she is struggling.

‘I really regret asking to make it cheesier, to be fair cheese does make everything look better’ she said. 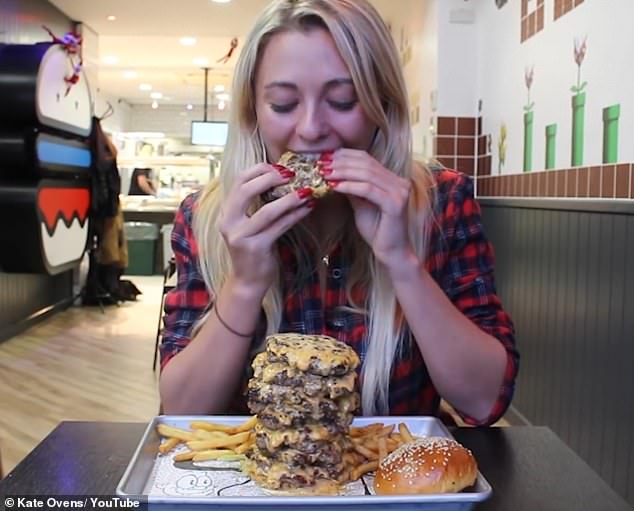 The 9,000 calorie burger contains nine beef patties topped with melted cheese, sandwiched between a brioche bun and served with a portion of fries 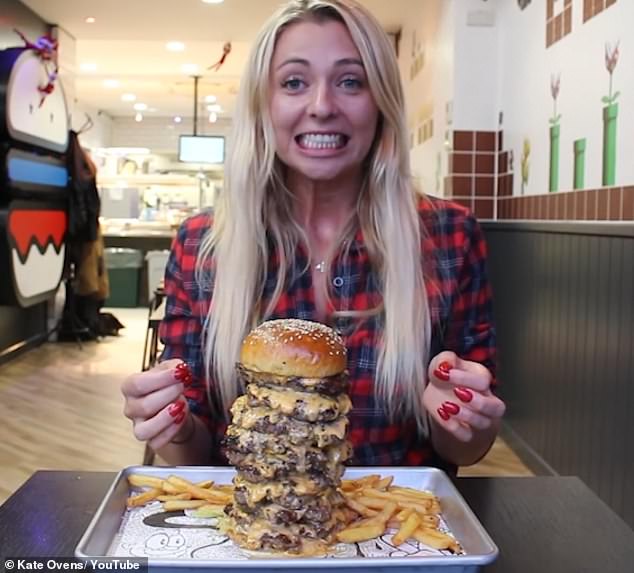 At the nine minute mark the vlogger has made her way through seven patties and has just two remaining as well as the bun and a handful of chips.

Finally competing the challenge at 22 minutes Kate said: ‘I thoroughly enjoyed it, I definitely wasn’t as prepared as I usually am.’

This is the largest burger challenge that Kate has ever completed having previously tried and failed to eat an 11 patty burger at 58 ounces last year.

This is just the latest in a long line of foodie challenges completed by the aspiring TV presenter. 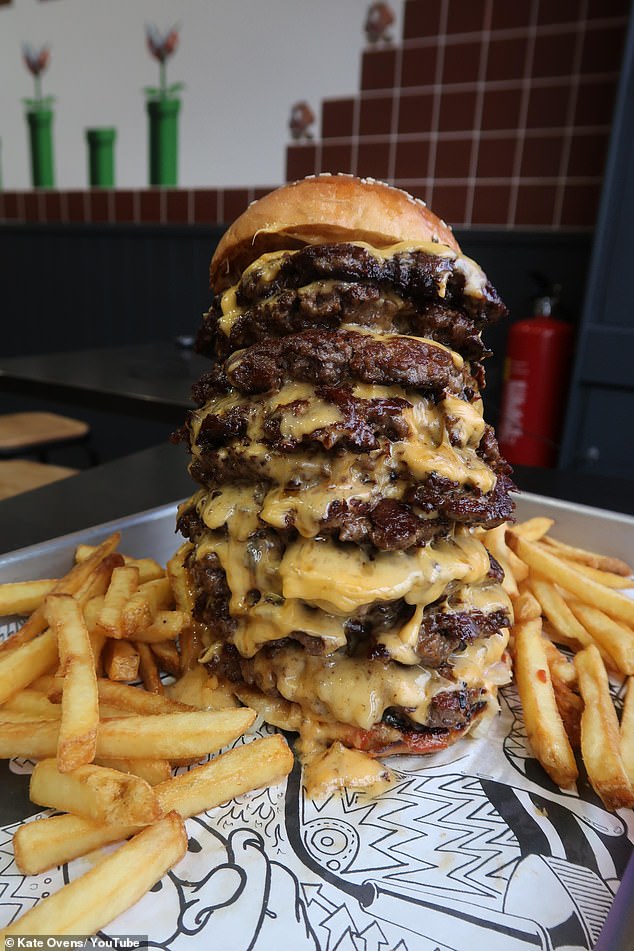 Kate asked the chef preparing her burger to make it extra cheesy, something which she admits she regrets 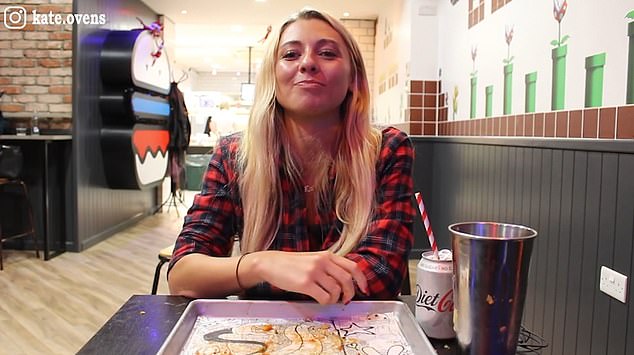 The marketing graduate, who now lives in London, likes to take on an eating challenge every couple of weeks with previous conquests including a 100 Jaffa Cake challenge and a 1,000 calorie ‘dustbin lid’ challenge.

Kate previously revealed that she prepares for her hunger games by devouring more vegetables.

‘I’ve always been a good eater,’ she said. ‘When I was in my teens I was a little bit bigger, because I had a good appetite, but even though I started going to the gym and lost the weight, I’ve still always had the same appetite.

‘I do a lot of exercise and I eat incredibly healthily in the gaps in between, but I do love doing my food challenges. I suppose I’m a new form of food critic. I just love food.

Kate loves eating and her favourite food is margarita pizza, which she loves so much that she once managed to almost polish off a massive pizza measuring 27 inches – one of the largest available sizes in the country – leaving behind only a few crusts.

After graduating the Newcastle University, Kate moved to London where she works in marketing – and tackles massive dishes as a hobby.