DENVER – Colorado voters have approved changing the language in the state constitution so that it no longer allows slavery as a form of punishment. The vote came a day after someone left a pile of burning pamphlets on the front porch of the ballot measure’s leading proponent.

CBS Denver reports that Amendment A passed, which means Article II, Section 26 of Colorado’s constitution will be changed.

It had read: There “shall never be in this state either slavery or involuntary servitude, except as a punishment for crime, whereof the party shall have been duly convicted.”

It will now read: “There shall never be in this state either slavery or involuntary servitude.”

Voters almost passed the amendment two years ago. But the wording was so unclear that it confused many people about whether they were voting for or against slavery, said Jumoke Emery with Abolish Slavery Colorado. 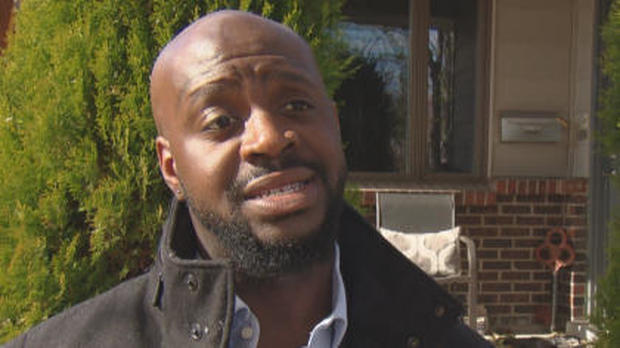 “I hope that this puts forth the message that our past doesn’t have to be our future, that by and large we as Americans are interested in fixing our mistakes and that there’s hope for our future,” he said.

On Monday, Emery’s wife found a smoldering pile of campaign fliers on their front porch. Emery said that he believes the burned door hanger-style placards in support of the measure were intended to scare him and his family because of their work on the measure. 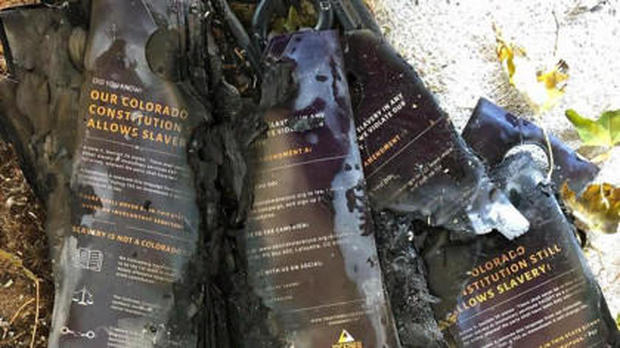 A smoldering pile of campaign fliers were left on the front porch but Jumoke Emery, a leading proponent of a ballot measure to remove a reference to slavery in the Colorado Constitution.

“As far as I’m concerned, someone may have burned a cross on my front lawn. This is a clear case of terrorism and intimidation,” Emery, who is black, said Tuesday.

Denver police spokeswoman Christine Downs said the burned fliers were reported to police and that detectives who specialize in anti-bias crimes were investigating.

More than 15 other state constitutions allow slavery as punishment for a crime. The U.S. Constitution does too.

The 13th amendment, ratified in 1865, abolished most forms of slavery but still allowed for the opportunity of servitude as legal punishment. That has yet to change.