As a parent of a school-aged daughter it feels like I’ve engaged in, or overheard in playgrounds and kids’ parties, roughly a million conversations about the pros and cons of single sex schools vs co-ed schools. 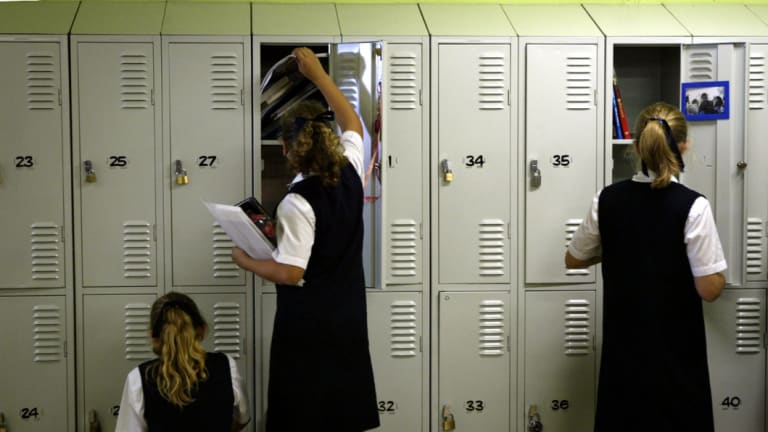 Check the latest research, sure, but don’t forget to consult and really consider your child when deciding on single sex versus co-ed schooling.Credit:Tamara Voninski TVZ

But how well do these facts stand up to scrutiny? While single sex schools typically outperform co-educational schools in terms of academic results, it’s unclear whether this is due to the absence of the opposite sex or other factors, such as socio-economic status of parents.

Kids who attend well-resourced schools tend to do better academically than kids at poorer schools, unfair as that may be.

As most single-sex schools in Australia are private schools or select-entry schools, the benefits may have more to do with the socio-economic backgrounds of the kids, rather than the gender make-up.

Yet the results factor is most often brought up by parents in terms of gender exclusivity, fuelling anxiety about school choice.

One particularly entrenched view is that single-sex schools are good for girls’ science and maths education. Girls, it’s suggested, will “dumb down” to fit with persistent gender stereotypes about girls not being innately good at these subjects. But the evidence is hardly compelling.

Sociologist Dr Joanna Sikora from the Australian National University found that while girls at gender-segregated schools are slightly more likely to pursue science in their final years of schooling compared to their peers who attend co-ed schools, it’s unclear whether this has to do with the absence of boys.

Other factors, such as coming from a wealthier family and, in the case of physical sciences at least, being born overseas and speaking a language other than English at home, appear to be important factor in girls’ selection and performance in science subjects (not the gender of fellow students).

And even accepting that girls from single sex schools are more likely to opt for science subjects in their senior years, it doesn’t seem to have a lasting impact.

Dr Katherine Dix from the Australian Council of Education Research compared NAPLAN literacy and numeracy results for boys, girls and co-educational schools at years 3, 5 and 7 and found that while students attending single-sex schools start out strong, the benefits declined over time.

But by Grade 7, the boys from single-sex schools are only 2.8 terms ahead and girls are less than a term ahead of their co-ed peers.

“The most important outcome of having single-sex schools in any educational system”, says Dr Dix, “is not that they may be better, but rather that they offer families choice.”

Schools, however, do more than provide academic outcomes. They also play a role in the development of children’s identity and socialisation. And when it comes to single sex schools, that includes a strong pitch to parents about how the school will inculcate gender identity. 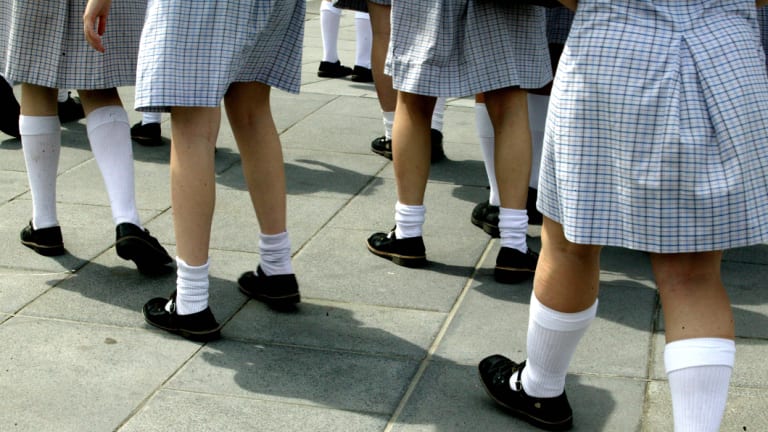 Forget “gender whisperers” as Prime Minister Scott Morrison labelled strategies to support transgender students in schools, many single sex schools use a gender megaphone to tell the world how they will shape student’s gender identity.

While many parents might regard that as a plus, the ideal of gender they promote — sport-loving future male CEOs or community-minded, forthright yet agreeable, young woman leader —may not suit every student.

What about the artsy boy, with little interests in sports? Or the young woman who feels constrained by "traditional feminine" expectations of behaviour?

While the benefits or otherwise of single-sex schooling may be up for debate, what is clear is that single-sex education is in decline in Australia, and has been for some time.

According to Dr Katherine Dix’s work, data shows that that the proportion of students from independent schools attending single-sex schools fell from 31 per cent in 1985 to just 12 per cent of students in 2015.

If your head is spinning at the research results, a better approach might be to consult another kind of expert.

Rather than worrying about the advice of educational consultants, school marketing departments or, dare I say it, the academic researchers, my wife and I have decided when the time comes, we will consult the experts in our own house.

I’m talking about our children. Involving them the question about school choice is about empowering them to think about the kind of learning environment they want.

It’s about finding out who’s in their friendship network. If you daughter has many friendships with boys or your son socialises with girls, then these friendships may well be key to their engagement with schooling — and their academic success.

Ask them about what subjects they like best, and about what they do. Do they take opportunities to show leadership, or do they work best when they’re supporting and following?

If nothing else, including your child in this discussion and really listening to and observing them during it, show them you take their views seriously, and help them to begin a lifetime of making important decisions for themselves.

After all, they’re the ones who are going to be most affected by your decision.