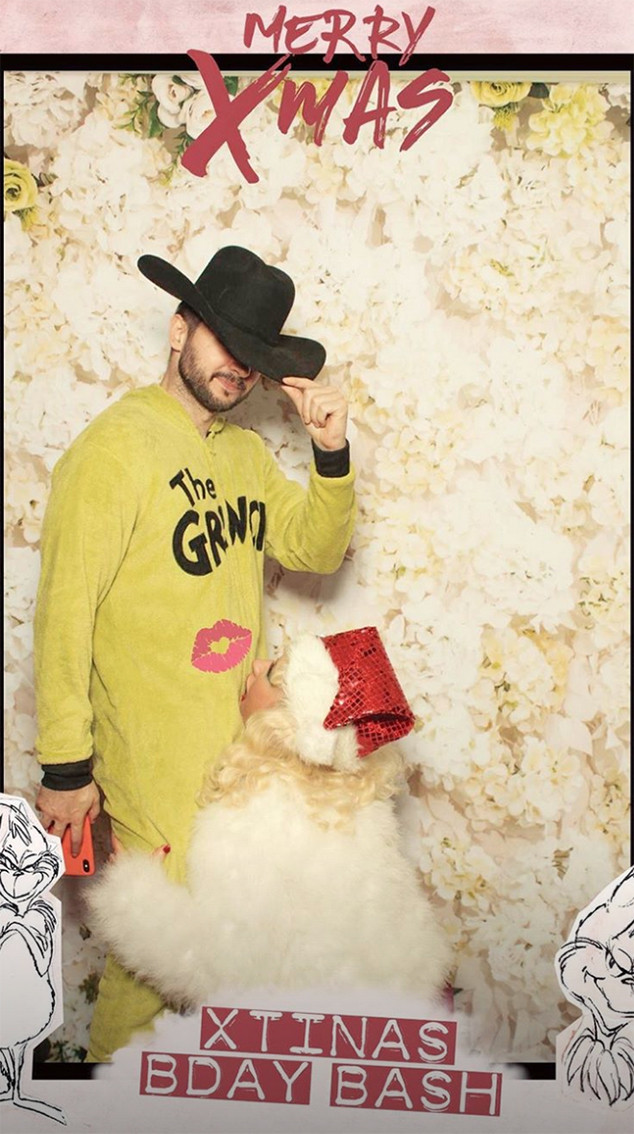 Things got X-rated at Christina Aguilera‘s Christmas-themed birthday party last night—and if she’s not careful, the “Accelerate” singer might find herself on Santa Claus’ naughty list. Aguilera’s fiancé, Matthew Rutler, shared a trio of photos on Instagram Stories overnight, including one that showed her seemingly simulating oral sex as he tipped his black cowboy hat. Rutler, dressed in a Grinch onesie, didn’t add a caption, instead choosing to include a kiss emoji.

(The diva’s risqué photo isn’t that shocking, given her line of cheeky holiday merchandise.)

In a white fur coat and a sparkling Santa Claus hat, Aguilera turned heads as guests including Charmaine Baquiran, Luke Gilford, Gilbert Saldivar and Jeri Slaughter joined in on the fun. 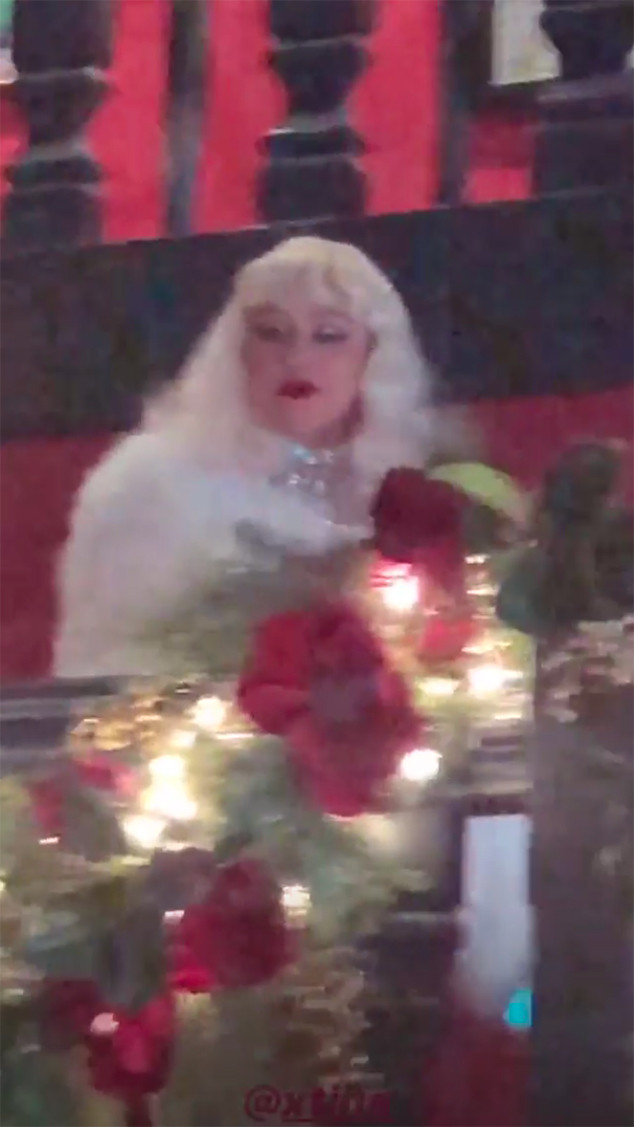 If anyone deserved to unwind and celebrate the end of a banner year, it’s Aguilera. After releasing her eighth studio album in June, she embarked on the Liberation Tour in September. Following 21 concerts across North America, she took her final bow Nov. 13 in St. Petersburg, Fla. And she isn’t taking a break, as she will headline Dick Clark’s New Year’s Rockin’ Eve With Ryan Seacrest on ABC. Hosted by Ciara, Jenny McCarthy and Ryan Seacrest, the special will include performances by Lauren Alaina, Kelsea Ballerini, Bastille, Bazzi, Kane Brown, Camila Cabello, The Chainsmokers, Dan + Shay, Foster the People, Skylar Grey, Halsey, Dua Lipa, Macklemore, Ella Mai, Shawn Mendes, New Kids On The Block, Charlie Puth and Weezer.

Aguilera is also up for two awards at the 2019 Grammys: Best Pop Duo/Group Performance (“Fall in Line” with Demi Lovato) and Best Rap/Sung Performance (“Like I Do” with Goldlink). Lovato is especially elated. “Woke up filled with hope. Dreams come true y’all… thank you @xtina. I love you so much,” she tweeted. Aguilera replied, “You deserve it all and getting to work with you was its own award for me @ddlovato. There’s no one I’d rather share this with!!”

Neither singer has revealed whether she plans to attend the ceremony.