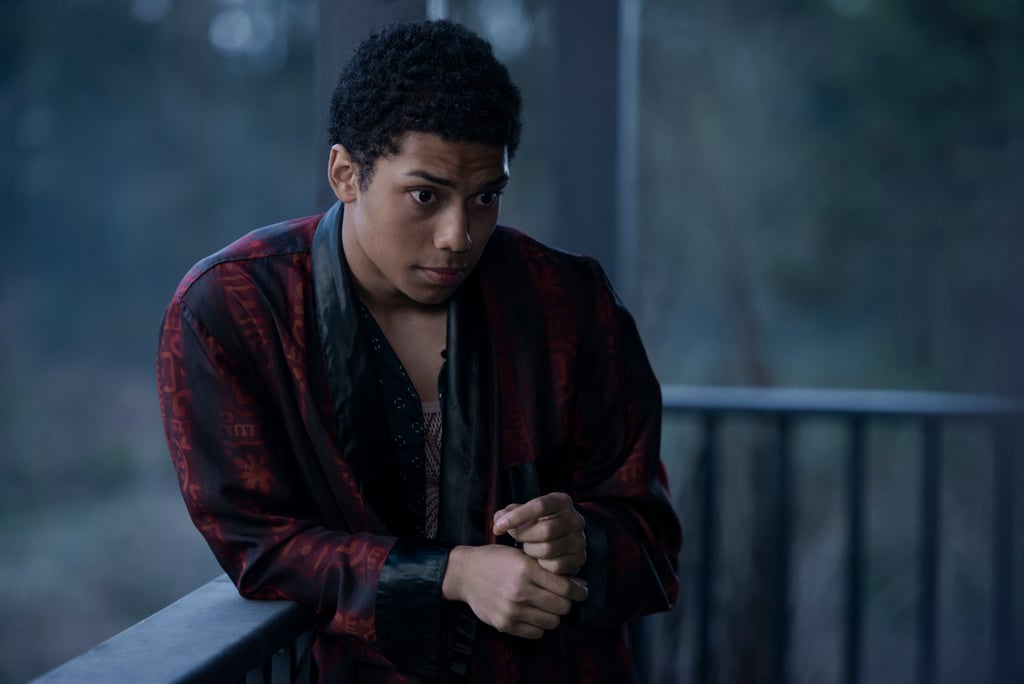 Can We Take a Minute to Talk About Ambrose on Chilling Adventures of Sabrina? I Have Feelings

It’s a dark world in Chilling Adventures of Sabrina, but even with the Church of Night, a lethal villain, and a misogynistic high school principal, there’s one bright light at the end of this dismal tunnel: Ambrose Spellman. Cousin to our favorite blond witch, the British warlock is described as “witty, puckish, and pan-sexual,” though I would add “ridiculously attractive” to that description in a hot second. Generally serving as the voice of reason in the Spellman household, Ambrose alternates between giving Sabrina sage advice when she desperately needs it and causing mischief with his own wild decisions — like using astral projection to make a date.

Though Ambrose looks young — actor Chance Perdomo is in his early 20s — he’s literally an old soul, since warlocks and witches can live well into their hundreds and he’s been under house arrest for quite some time now. Maybe that’s why everything he does seems so worldly. From his numerous house robes, his propensity to lounge on any surface, and that crooked grin, Ambrose fully has me under his spell. And I know Chilling Adventures fans are right there with me. So let’s join hands witches and warlocks, and let’s savor him together.