“New York is where it all started, the music,” group member Suga told Elvis Duran Opens a New Window. during the band’s interview with the Z100 Morning Show on Friday, April 12. “[It’s the city] we always want to come to.”

While Duran joked about the bad weather and smell in the city, the musicians begged to differ!

The group also pointed out that Citi Field in Queens was the first stadium they sold out in America.

“It was unbelievable,” Suga noted. 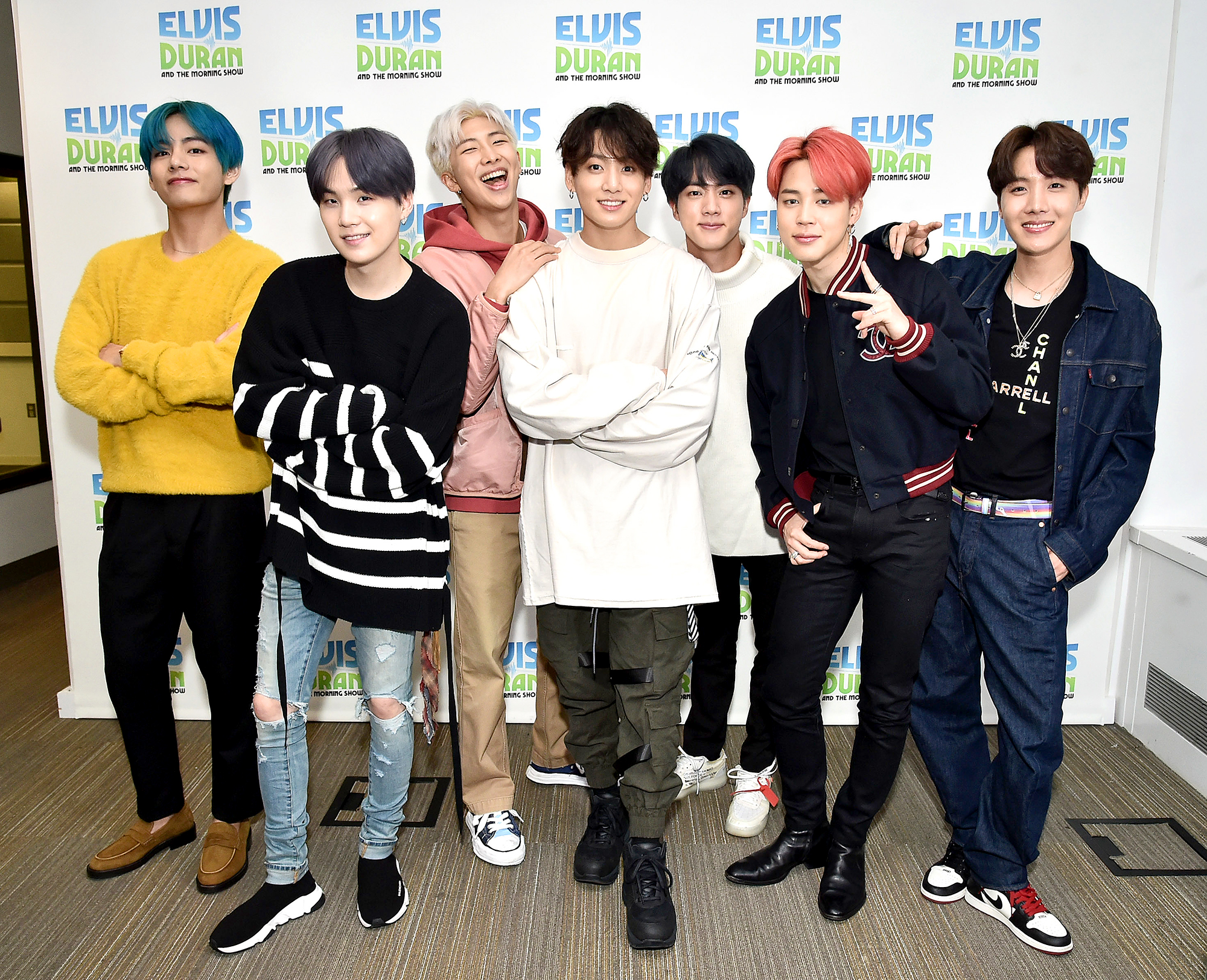 BTS — which also includes V, Jimin, Jungkook, Jin, RM and J-Hope — were in town to perform on SNL for the first time on Saturday, April 13. While Suga admitted to Duran on Friday that they were “nervous,” fans in the audience went wild every time the band’s name was mentioned. During the show, they hit the stage to sing “Boy With Luv” and “MIC Drop.”

Before they left Z100 on Friday, Duran gave the group a piece of advice.

“I’ve been around for a long time … stay yourself, don’t let anyone trick you into doing something that is not uniquely you,” the radio personality said. “That’s your message, that we learned from you, but I’m giving it back to you. Stay the same as you are now and you will continue fly into outer space.”