The one lesson I’ve learned from life: Broadcaster John Suchet says resist the urge to overplan your life

John Suchet, 76, was a reporter and newscaster for ITV News until 2004. He presents The Classic FM Concert weekday evenings. He lives in London with his artist wife Nula, and has three sons and two stepsons.

I think the wisest thing a friend ever said to me was: ‘There’s only one thing you can ever be 100 per cent absolutely sure of, and that’s what happened yesterday.’ I was happily married for 30 years to my late wife Bonnie, who I considered the love of my life. If you have a stable, happy relationship, it feeds into your professional life. When you don’t, the reverse happens.

In 2006 Bonnie was diagnosed with dementia and in 2010 had to go into full-time care, which is where I met Nula. Her adored husband James, a film director, was in the same care home, two doors away, with dementia. Suddenly there was somebody going through what I was. Not with an elderly parent or grandparent, but a spouse. And with respect that’s entirely different. 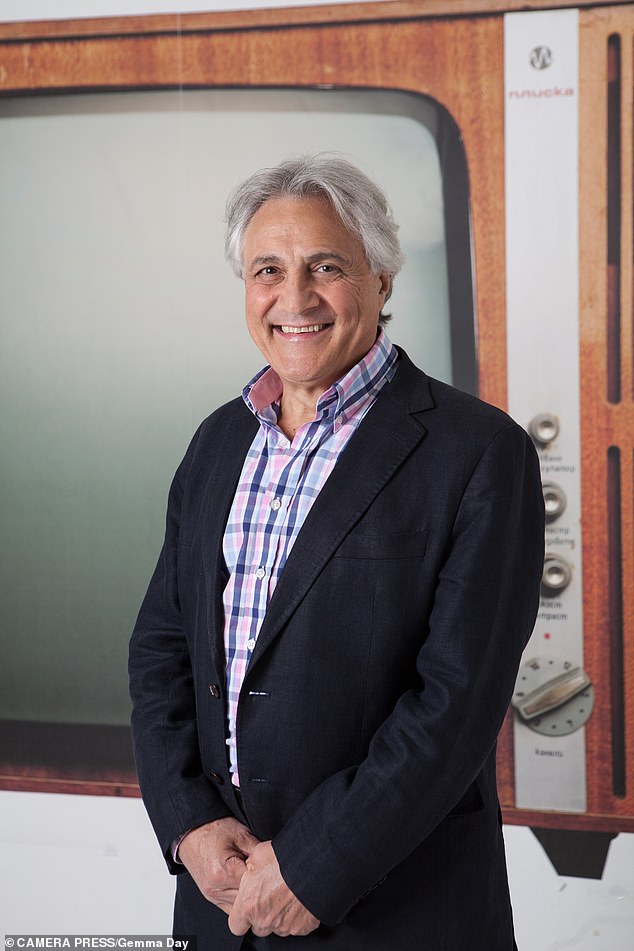 John Suchet, 76, was a reporter and newscaster for ITV News until 2004. He presents The Classic FM Concert weekday evenings. He lives n London with his artist wife Nula, and has three sons and two stepsons

Apart from occasional moments of lucidity, James wasn’t aware there was anything wrong with him. And Bonnie never once used the word Alzheimer’s, so she was very placid throughout.

Bonnie came to know Nula. She used to walk into James’s room and sit on the end of the bed and chat with Nula as if she knew her.

Once Nula and I started seeing each other, we never stopped talking because with dementia you cannot talk to the person who has it. Nula said in the early days: ‘There are four of us in this relationship’, and to an extent there still are. It’s almost as if James and Bonnie passed us on to each other.

James died in 2015, Bonnie followed five months later. Nula and I never planned to marry. But we did in 2016 after we asked ourselves, what would James and Bonnie have wanted for us?

The guilt issue is always there when you’re caring for someone with dementia. We’ve confronted that many times, and we still do.

I’m now over 70. For me, meeting Nula has given me the chance of a new life at a late stage, and I know she feels the same. We both learned this all-important lesson: that you genuinely don’t know what tomorrow will bring. No one ever knows, so don’t over-plan.

Dorinda’s Officiating! Kelly Dodd and Rick Leventhal’s Wedding: What We Know
We and our partners use cookies on this site to improve our service, perform analytics, personalize advertising, measure advertising performance, and remember website preferences.Ok